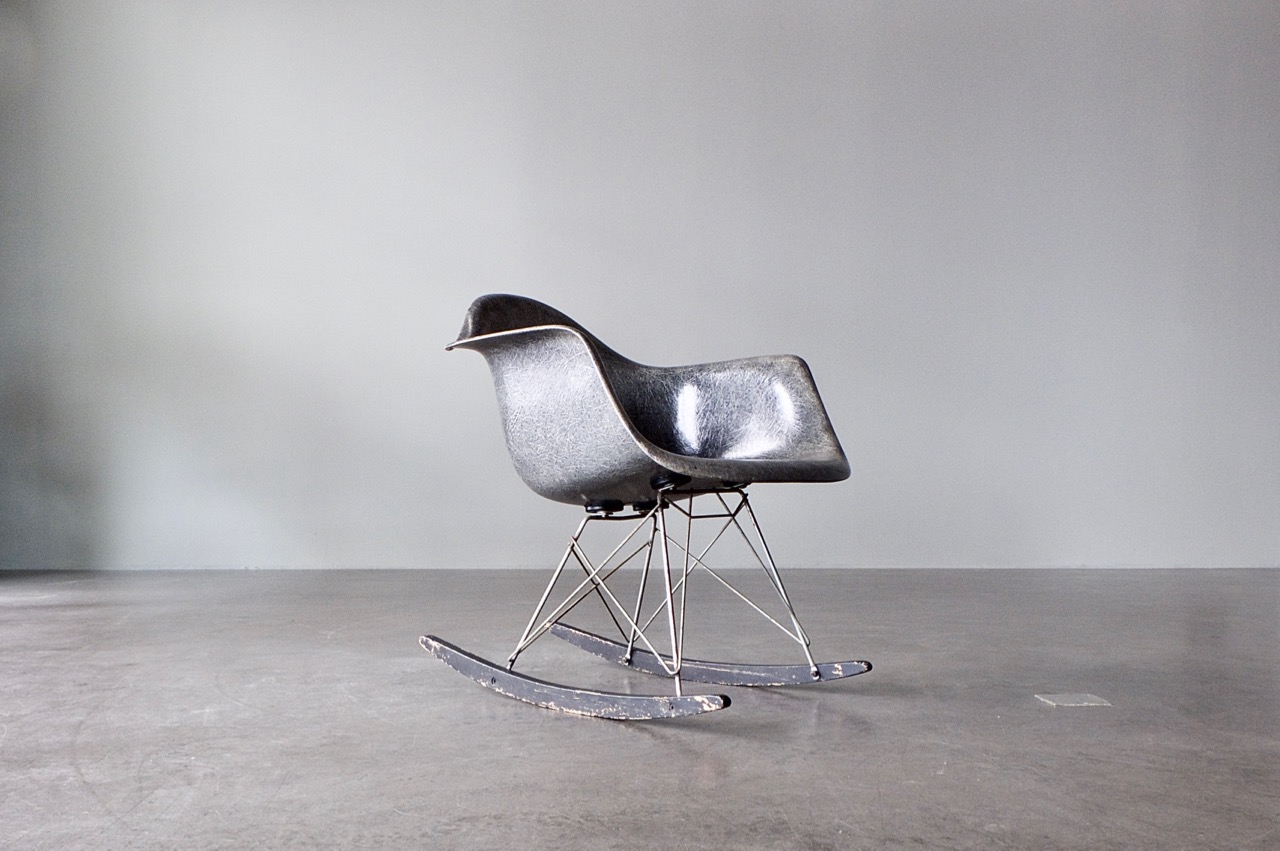 this is a mistake.

you may have seen a first generation ‚rocking armchair rod base (rar)‘ before – but probably not in such a good condition. it’s because this fibreglass shell wasn’t sold – but sorted out: the rope, which is inserted to round off and stabilize the edges, slides inwards at one point, a tiny fault that makes this piece unique. since this seat shell was never used, its condition is flawless, the fiberglass structure is strongly pronounced, the shockmounts in mint condition.

it’s a so-called ‚mariage‘, that means, our vitra restorer subjected the shockmounts to a stress test and expertly matched this precious shell with a rocker base (also first generation). the base has a pronounced rust film on the metal rods, the wooden skids have been subjected to heavy rocking. as the black paint was not originally supplied by herman miller, we assume that a previous owner painted the skids (another wonderful detail that makes this chair special).

rock on for another 65 years!