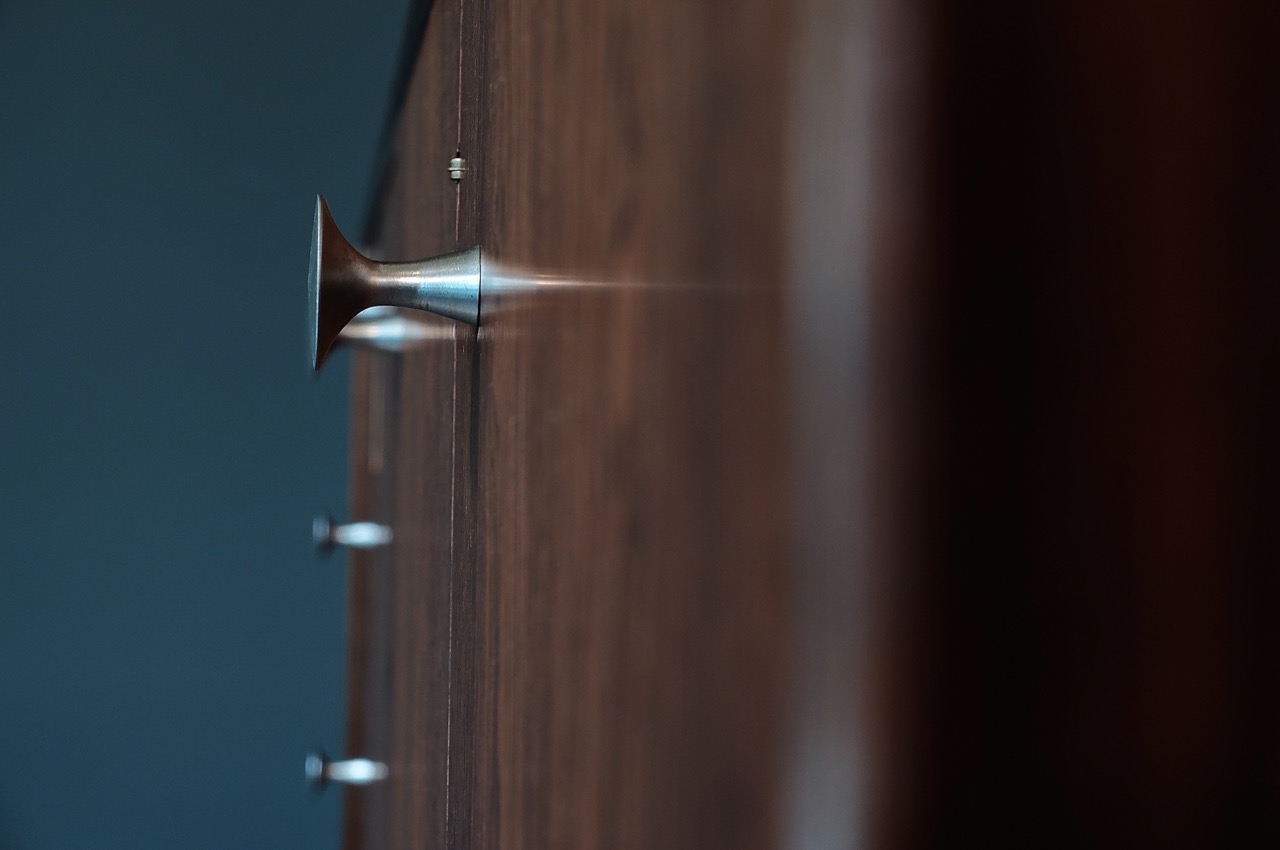 George Nelson? You’ve heard the name before – but what did he design again? Nelson first made a name for himself as a design theorist after his studies, before becoming Design Director of Herman Miller in 1946. He held this position for a quarter of a century – and led the furniture manufacturer to long-term success, among other things by managing to bind Ray and Charles Eames closely and for the long term to Herman Miller. An interesting detail for the advertisers among our readers: George Nelson received a „Gold Medal“ from the Art Directors Club New York as early as 1953.

As early as 1945 Time Life Magazine introduced Nelson’s modular system of storage furniture called „Storagewall“. Nelson continued to develop this and in 1952 the „Rosewood Group“ came onto the market. Another modular sideboard system, named after its externally processed rosewood veneer. The nickname „Thin Edge“, which describes the most striking aesthetic feature of sideboards, established itself relatively quickly for this furniture series: The thin, semicircular edge that frames doors and drawers.

We now have one such „Thin Edge“ in the showroom: it was ordered by the first owner in an unusual configuration to give the sideboard an even more modern look. Instead of the usual round, downward tapering metal legs in the unmistakable 50ties look, the legs here are made of chrome-plated square tube with height-adjustable feet. This means that the sideboard also fits in perfectly with current modern facilities, whether in the living room, in the home office or in the conference room.