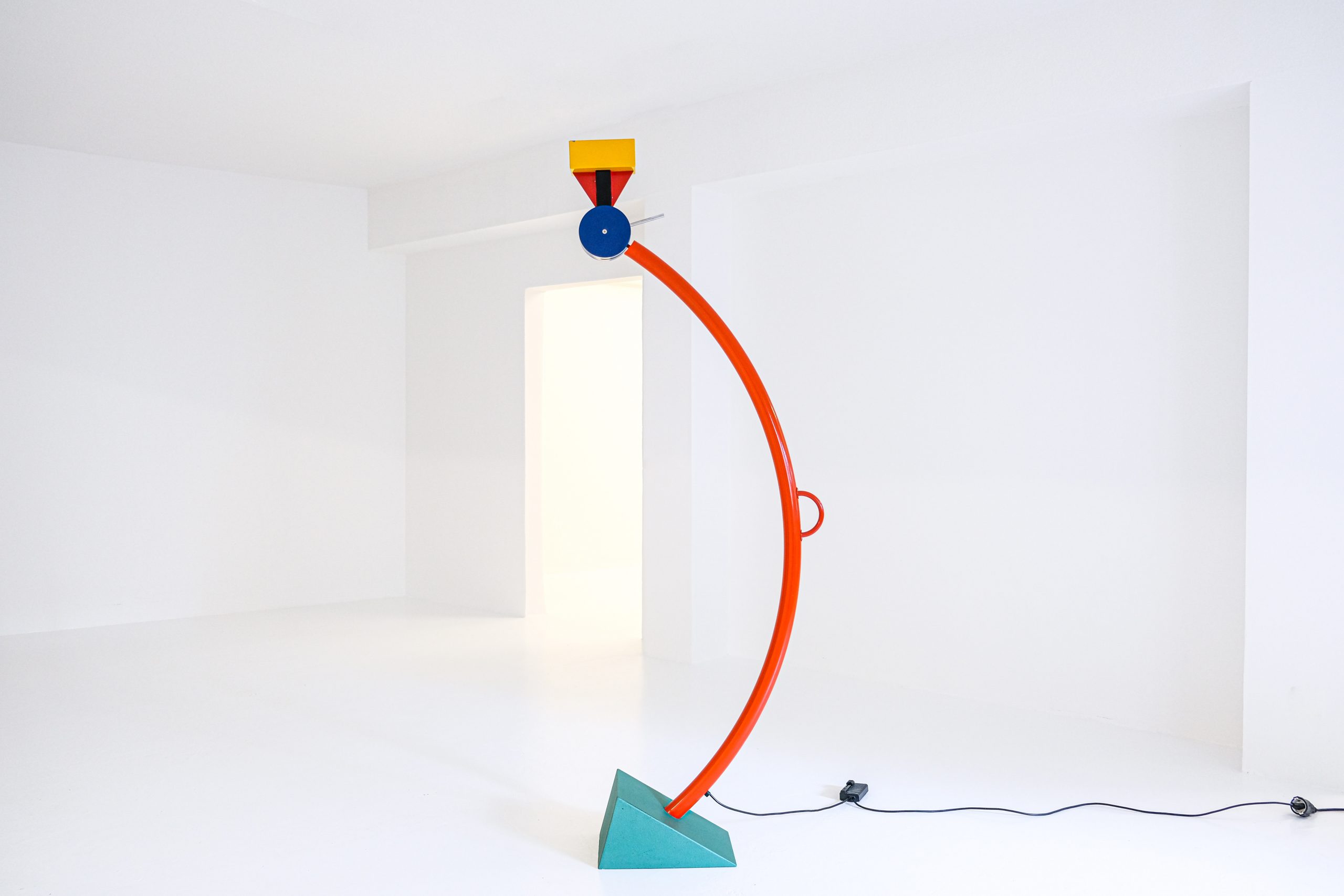 the light of joy.

there are some „memphis“ designs nearly everybody can identify: the colourful humanized ‚carlton‘ bookshelf by ettore sottsass, for example. the vibrant patterns of nathalie du pasquier’s carpets, michele de lucchi’s black-and-white-striped sidedesks or the ‚tahiti‘ desklamp, also by sottsass. born 1917 in austria, trained architect, he later became famous as a design radical, co-founder of the „memphis“ group and as a true „renaissance man“ of the 20th century. every design museum all over the world owns some „sottsass“, his „valentine“ typewriter became a pop art design icon and his office furniture designs for olivetti defined „new work“ in the 60s and 70s.

the 1981 ‚treetops‘ floorlamp also oozes memphis vibes instantly, with its colourful geometric elements. a triangular base in green lacquered cast iron supports a large, dynamic bent arch in orange lacquered metal, with an attached handle. the lamp’s rotatable head consists of a circle, a triangle and a square with the halogen lightbulb. as sottsass once said: „bright colours are for a happy and fearless society.“ against the (perceived) boredom of „form-follows-function“, the memphis group set sparkling creativity and subversive humor. so if you want to inject a little bit of happiness into your interior, this lamp is just the thing.