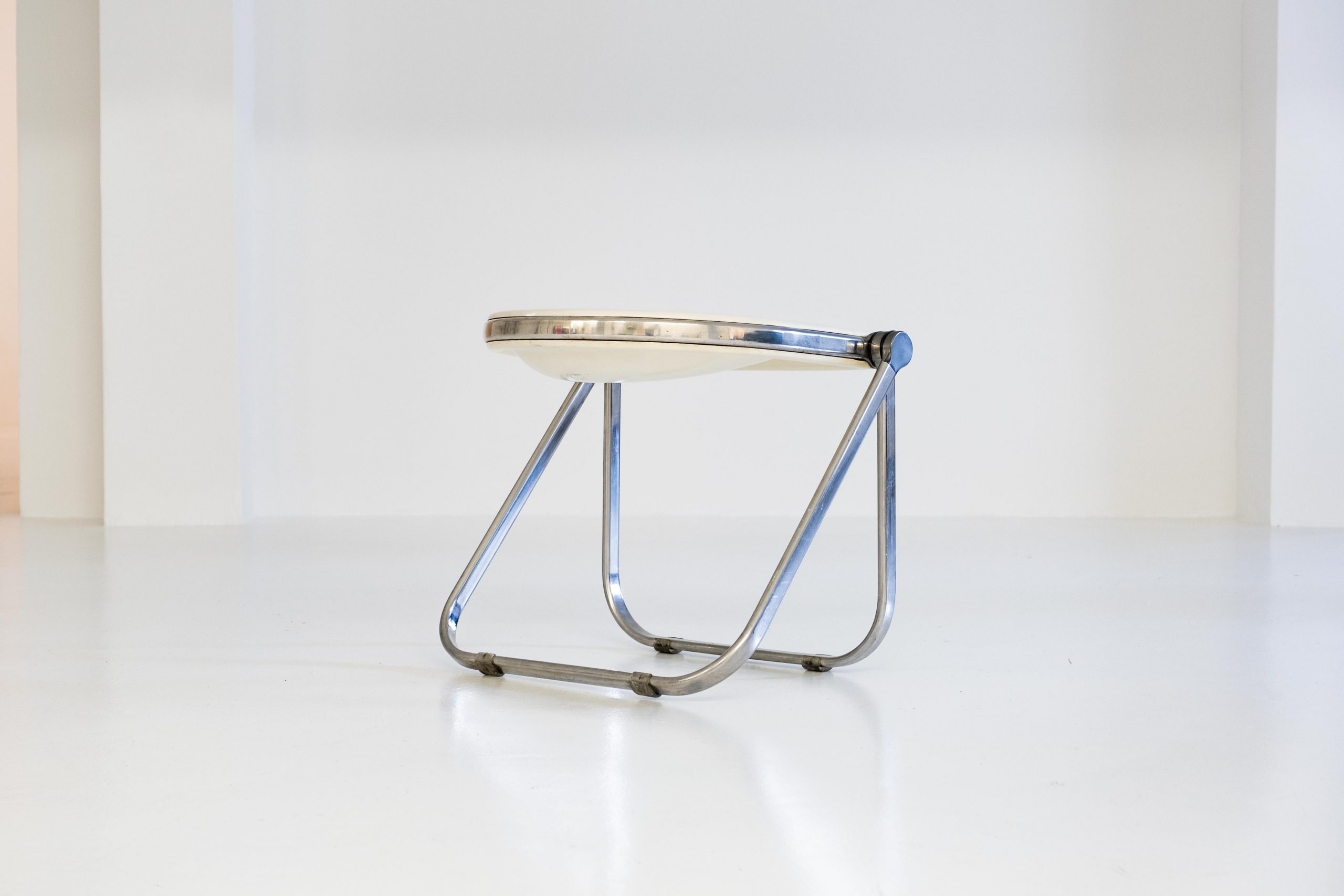 in the sixties, the lifestyle of an entire generation changed: from the heavy, impressive furniture of their parents and grandparents to light, portable furniture that took up little space (because you only had one room in a shared apartment anyway). for these needs, an italian company had the ideal complete equipment: „anonima castelli“ and it’s technically very competent designer giancarlo piretti, born 1940 in bologna. his work for castelli garnered the company an international reputation in furniture design. his most well-known design is the plastic folding plia chair (1968), which has sold over seven million copies since then – and is still in production. the plia table (1969) was equally well-received – these revolutionary designs measured just 5 cm in depth when folded, a marvel in the 1960s. also from this family, but rarely seen today: ‚pluff‘, the folding stool, also made of die-cast aluminum and rigid polyurethane. following designs include the ‚plona‘ lounge chair (1969), the ‚platone‘ folding desk (1970) and many more.

piretti has revolutionized the concept of folding furniture by developing the „3 disc joint“, often considered a technical masterpiece. he used his ingenious technical developments for innovative designs, including ergonomic considerations – this earned him the nickname „20th century thonet“. his works can be found in permanent collections in various museums world-wide. the ‚pluff‘ perhaps is the most impressive example from the foldable furniture series – because it looks so simple. reduced and yet so avant-garde.