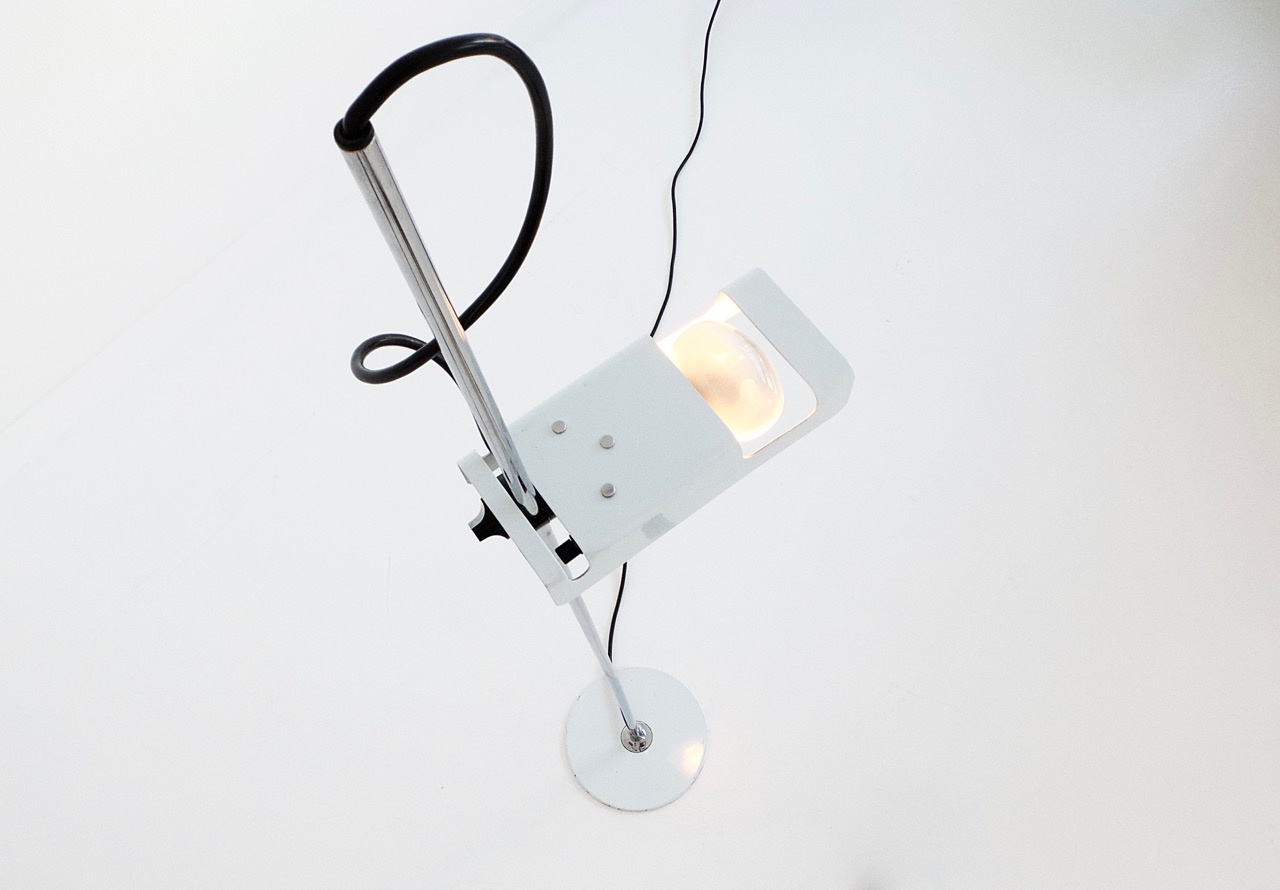 Cesare ‚Joe‘ Colombo, was a car dealer, a jazz musician, a ski racer – and an architect, a painter, a designer. A renaissance man, but futurist in style. He founded his design studio in Milan in 1961, researched and worked on the future of living, invented the ‚residential machine‘ and designed entire ’nuclear cities‘. He always pursued the task of adapting the human environment to the dynamics of modern life. A lot of his design objects became first trendy, than famous: From the food trays for Alitalia airline, the bobby trolley with its many revolving drawers to the extremely comfortable ‚Elda chair‘ (the one with the leather upholstered castors, named after his wife).

The also well-known series of ‚Spider‘ lamps was created for italian lighting company Oluce in 1965 and includes ceiling, wall, table, clamp and floor lamps. All of them have a horizontal reflector made of enamelled pressed sheet metal and a black plastic joint that allows rotation, tilting and height adjustment of the reflector. Most striking, however, is the Cornalux light bulb, newly developed at the time, flattened and often the top half mirrored or lacquered. the unusual bulb contributed to the elegant, modern and technical lamp design.