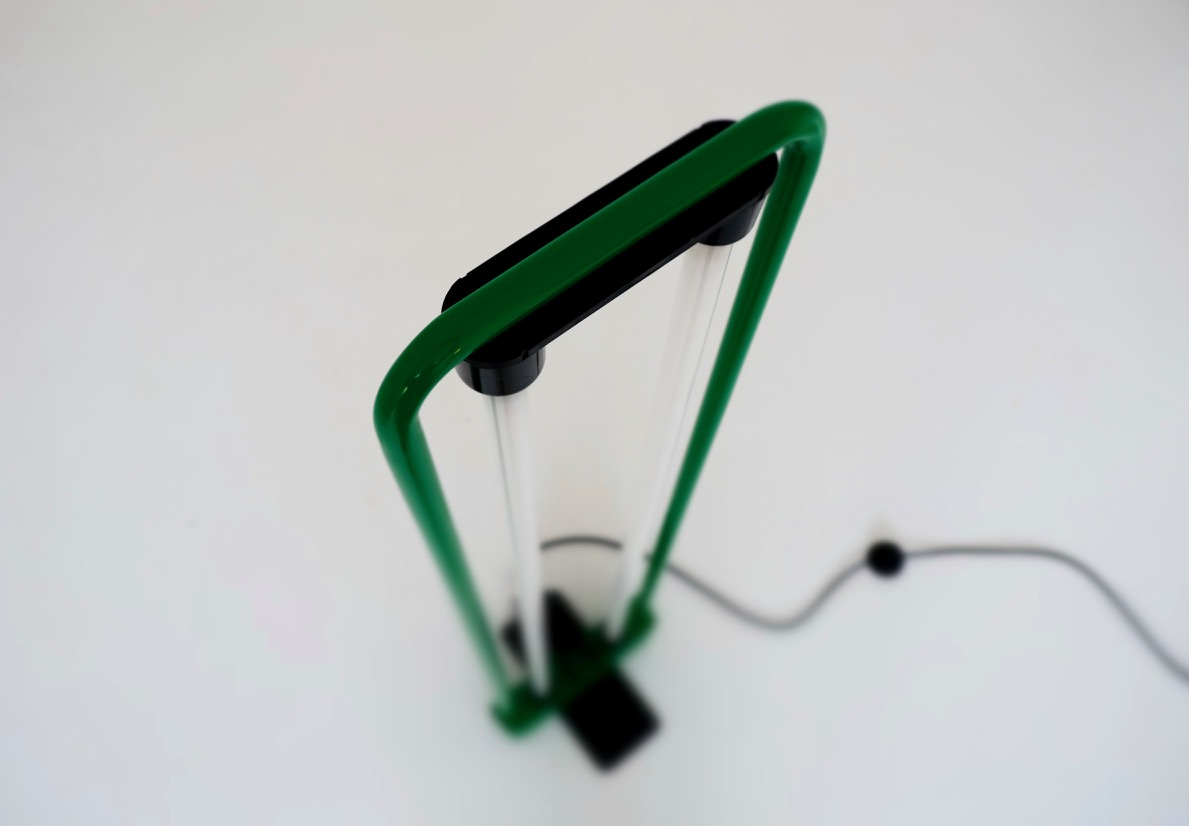 the architecture of light.

even in louis h. sullivan’s famous saying „form follows function“ you’ll find the word „fun“ lurking around. gian nicola gigante was a trained architect, like sullivan, and maybe you need to be serious to put a bit of fun in a piece of office illumination. he designed this floor lamp in 1980/81 for ‚zerbetto illuminazione‘, a company founded in 1947, focussed on research, development and production of fluorescent lamps.

gian nicola gigante worked closely with marilena boccato, antonio zambusi and camillo bianchi, together they formed the ‚archstudio“ group in the ’70s, succeeding in architecture and renovation, residential and industrial and the refurbishment of buildings of historical importance. especially in industrial design the developed projects for large manufacturing companies, several of which were awarded with prizes and nominations.

this postmodern style fluorescent floor lamp for zerbetto consists of a green metal frame on a black stand, which holds two neon tubes. a clean and simple graphic design, functional and fun by form and colour.

The luminaire shows a small square opening on the narrow side of the metal box, which was added later. Likewise, one of the luminaire inner rings in the upper socket is missing. The luminaire has been re-electrified by a specialist.