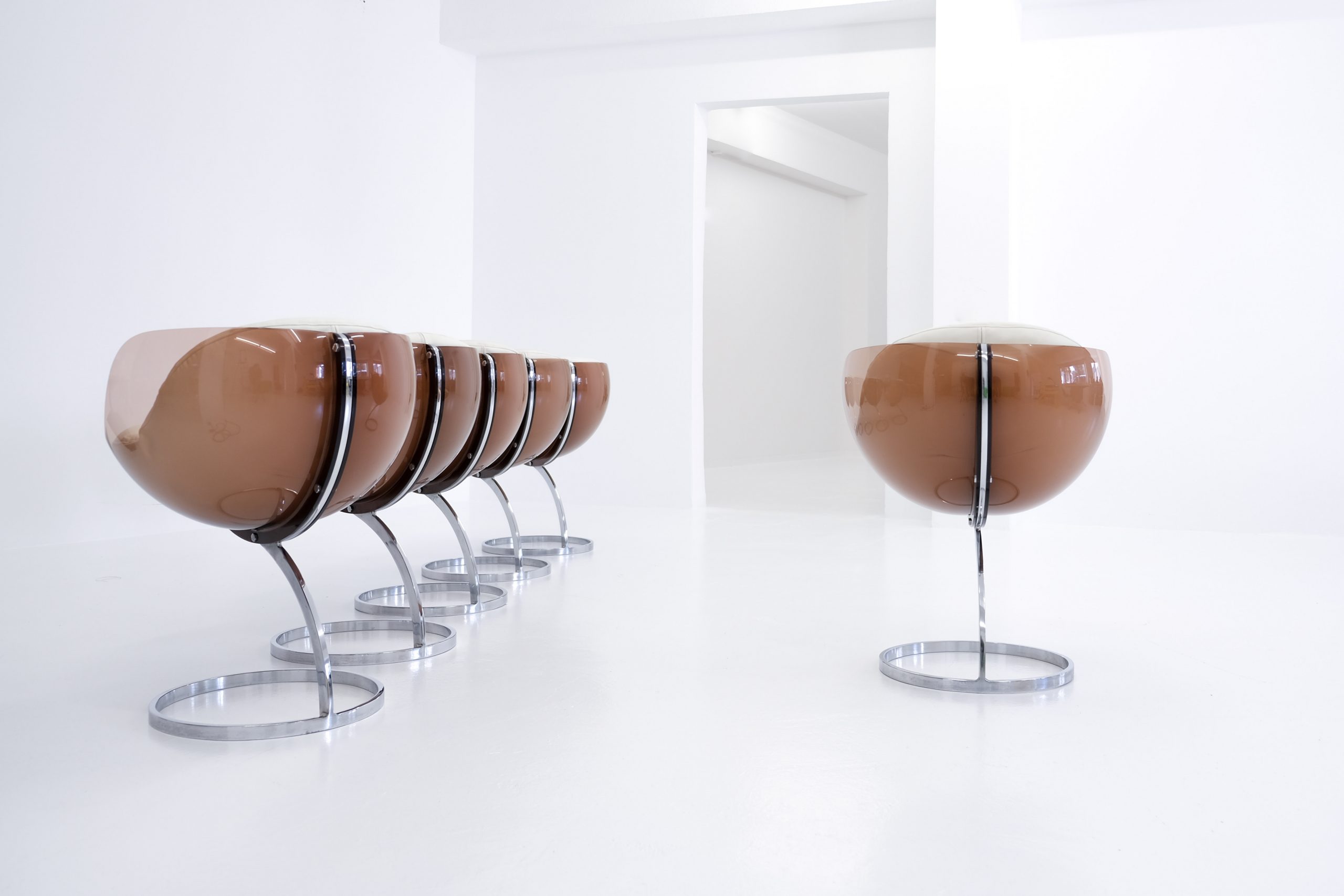 Space age and the race to the moon had a strong influence on global culture: from architecture to film, from fashion to furniture. Interior design became increasingly experimental: Eero Aarnio designed his spectacular ‚Ball Chair‘ in 1963, Joe Colombo shaped the 1960s with his futuristic furniture and lamps, Stanley Kubrick produced his science fiction milestone ‚2001 – A Space Odyssey‘ in 1968 (and the Space Hilton featured Djinn chairs by Olivier Mourgue). In 1970 Verner Panton presented his famous living landscape ‚Visiona II‘ in Cologne – and in the same year a bulgarian born, but french raised designer started to work for the famous glass and tableware company Baccarat and the french furniture manufacturer M.M.M. (Mobilier Modulaire Moderne) at the same time.

Boris Tabacoff (1927-1985) often experimented with asymmetrical shapes and developed a certainly distinctive „floating“ style. His famous ‚Narcissus‘ glass series in Baccarat crystal balances on an off-center base and his tables and chairs also step out of line. His 1971 ‚Sphère‘ chairs are a good example of this: The spherical seat shell sits on a vertical bar that extends off to the side and ends at a single point on a circular base. The chrome steel frame strongly contrasts with the smoky brown plexiglass shell (french: altuglas, american: lucite). Inside the shell you’ll find removable round cushions with white leather upholstery.