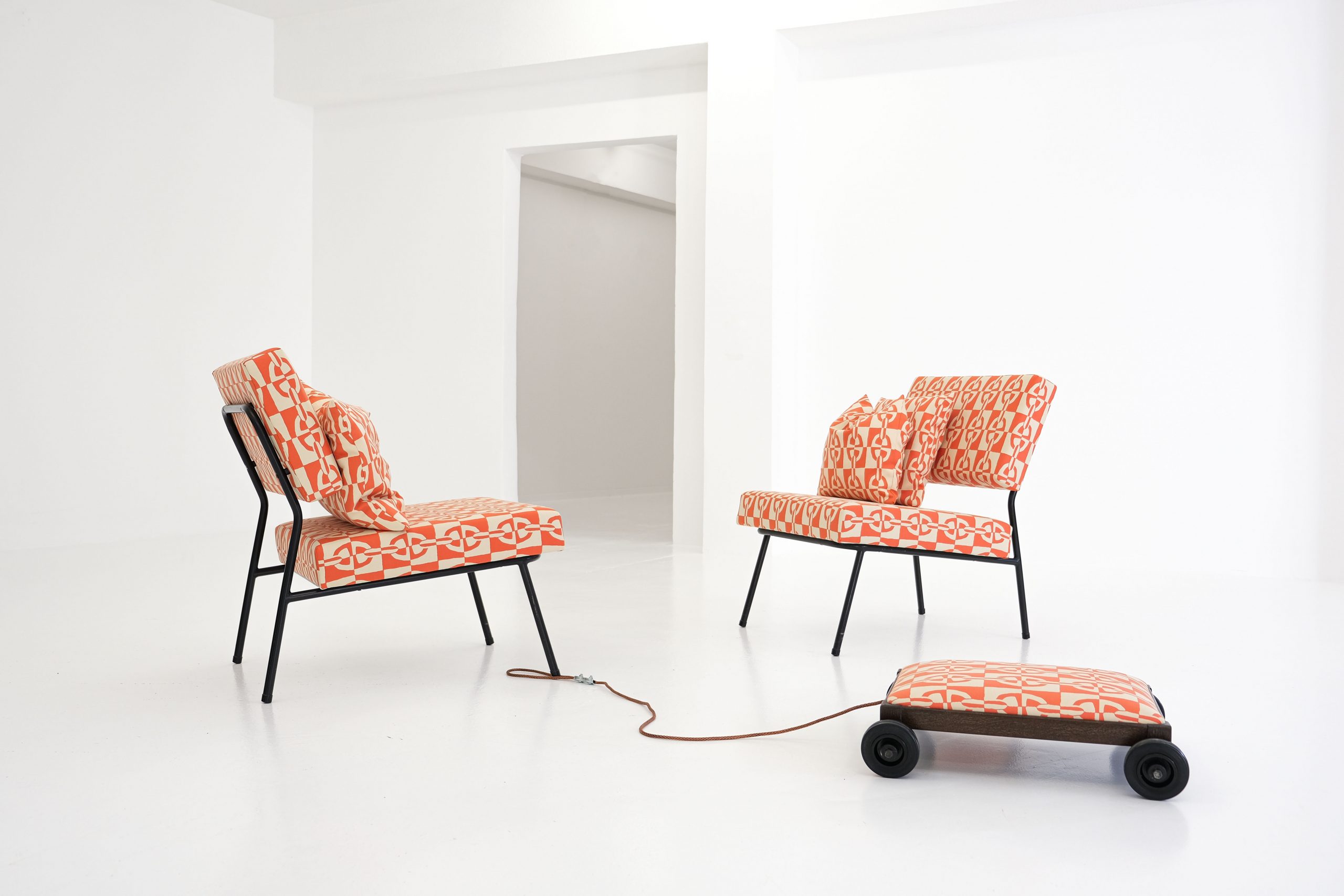 You may know these easy chairs designed by Paul Geoffroy in the early 1950’s for Airborne, France. But you’ve never seen Hermès fabric on these chairs: We decided to go full luxury. With expertly reupholstered, new seat covers in the classic maritime ‚optique chaîne d’ancre‘ by Hermés, Paris. Fifties design with a modern twist.

Launched in 1951 by Charles Bernard (1904-1994), Airborne’s first product was the AA Chair, originally designed in 1938 by Spanish-Argentinian collective Grupo Austral (Juan Kurchan, Jorge Ferrari-Hardoy, and Antonio Bonet). Another well-known piece of Airborne furniture is the famous „Djinn“ chair by Olivier Mourgue – thanks to an red-on-white appearance on the set of Stanley Kubrick’s 1967 film 2001: A Space Odyssey. Geoffroy seems to have worked together with Pierre Guariche at Airborne, the Fauteuil „Troïka“ is attributed to them. Airborne grew massively over the next 20 years, becoming the largest French furniture exporter – but got into financial difficulties in the 1974 oil crisis.