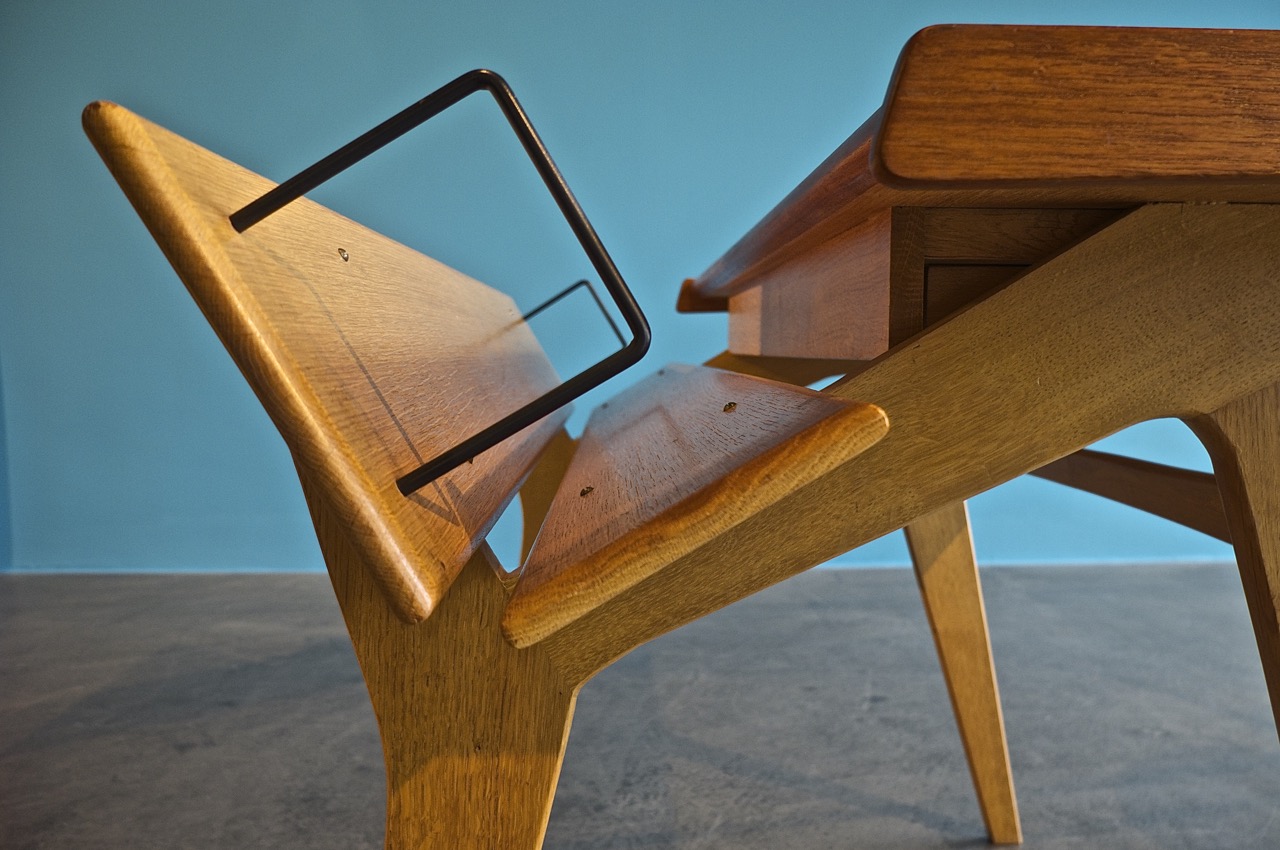 a writing desk with an integrated bookrack, by marcel gascoin for arhec (attributed), 1950.

gascoin (1905 – 1986) was one of the leading french furniture designers of the post war era. he founded the company „comera“ in 1945 – the „compagnie des meubles rationnels“ – and was very interested in new materials and methods of mass production from the very beginning. he employed a whole series of young designers who would later become very famous themselves (among others joseph-andré motte, pierre guariche and pierre paulin).  in 1949, he founded another company: „arhec“ („aménagement rationnel de l’habitation et des collectivités“), which was mainly to produce and sell furniture sets.

this practical and elegant small desk probably also comes from this company: the shelf integrated at the back, which keeps the books needed for work within easy reach at an oblique angle, is particularly striking. the desk top integrates two drawers with a bevelled front, side strips prevent pens from falling off. the table is made of oak, the bookends on the shelf are made of black lacquered steel. the slopes, the rounded corners and the graphic construction of the frame make for an astonishing visual lightness. so it would make a very stylish workstation at your home.