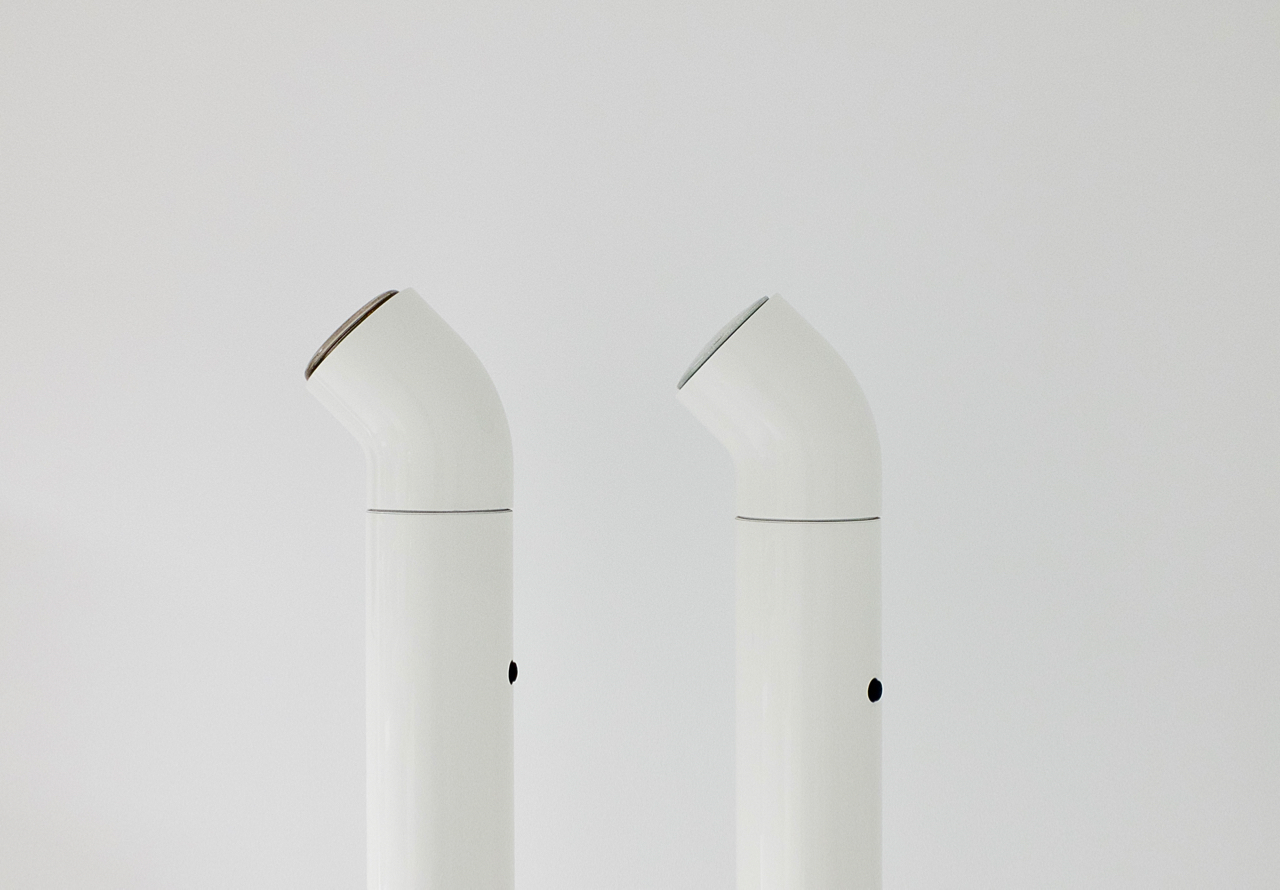 futuristic, chic and unmistakably sixties: these large white floor lamps are a modern eye catcher in every room from bachelor pad to literary salon. famous french interior designer alain richard was born 1926 and finished the ecole nationale supérieur des arts décoratifs in paris in 1949. after working with his famous teacher rené gabriel he founded his own workshop in 1952 with his wife jacqueline iribe.

the a19 floor lamp he developed for well-known french luminaire company disderot. pierre disderot himself is especially appreciated in france for the invention of modern lighting as a creator and publisher of innovative and elegant products, often designed by friends like pierre guariche, joseph-andre motte, alain richard or olivier mourgues.

a pair of alain richard a19 floor lamps for disderot, france 1967. the base and the rotating angled part of the lamp are in white lacquered cast aluminium, the middle part is a pvc tube with black light switch at about shoulder height. very good restored condition.