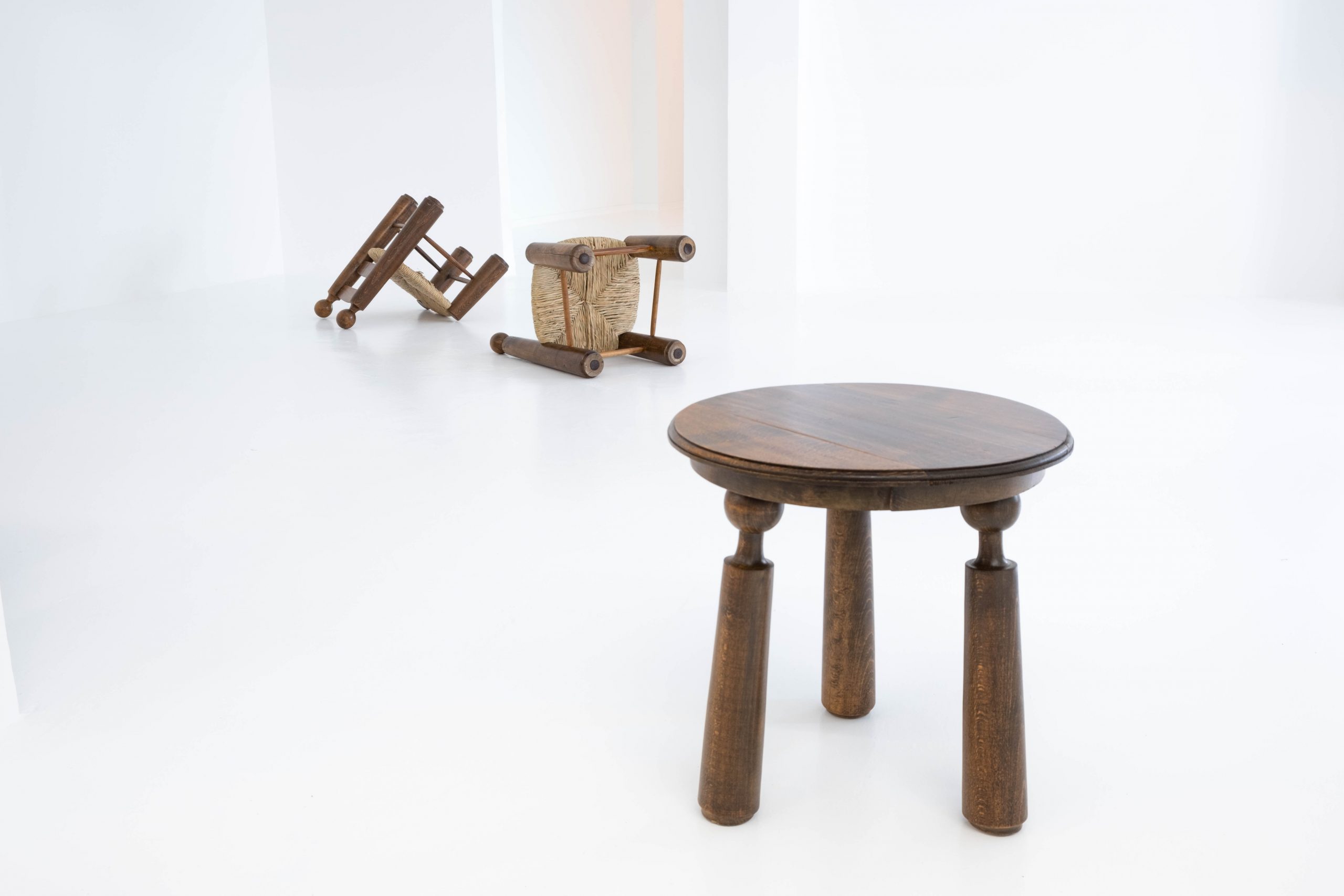 design isn’t always just the obvious. 20th century modernism jumps out at us with experimentation, new materials, industrial production. but there are also other interesting areas. wood is probably the oldest material for furniture – but also one of the most exciting. just think about the „thonet“ brand, which worked with new manufacturing principles early on, and also became one of the pioneers of modernism. another connection can be seen and followed from the english „arts and crafts“ movement to charlotte perriand’s stylistically extremely simple utilitarian furniture for the alpine ski resorts „meribel“ and „les arcs“ in the 1960s. the charm of country life was – and still is today – the driving force for rustic design. an outstanding designer of this style was charles dudouyt.

born in 1885, dudouyt started as a painter and illustrator. from 1918 on he designed and produced lamp-posts, lampshades and various decorative objects together with his wife. he founded a rustic style furniture factory in pontoise in 1920, which was fashionable at the time: ‚l’abeillée‘. in 1933, he moved to paris and, opting for a contemporary style, he founded „la gentilhommière“ („the manor house“), which included a manufacturing workshop and a shop. he created the woodwork for the daunou bar and decorated the flat of Mistinguett and other celebrities. his style gradually became more refined in terms of form and ornamentation, and he used the play of light in the wood grain and in the geometry of his furniture. there no dudouyt „model“, no „standard“, but rather a Dudouyt „way“, because his furniture is still largely hand-made, hand-crafted – but manufactured in small series.

„The modern rustic style was to endure and even today symbolises a return to the earth and wood, which is the dream of the most environmentally conscious contemporary designers. But the main inventor of the „modern rustic“ – the one who took on this expression in 1933 – was Charles Dudouyt (1885-1946)…“

set of two small chairs and a table by charles dudouyt, probably 1940s,
solid oak, seats in rye straw, reupholstered after the original