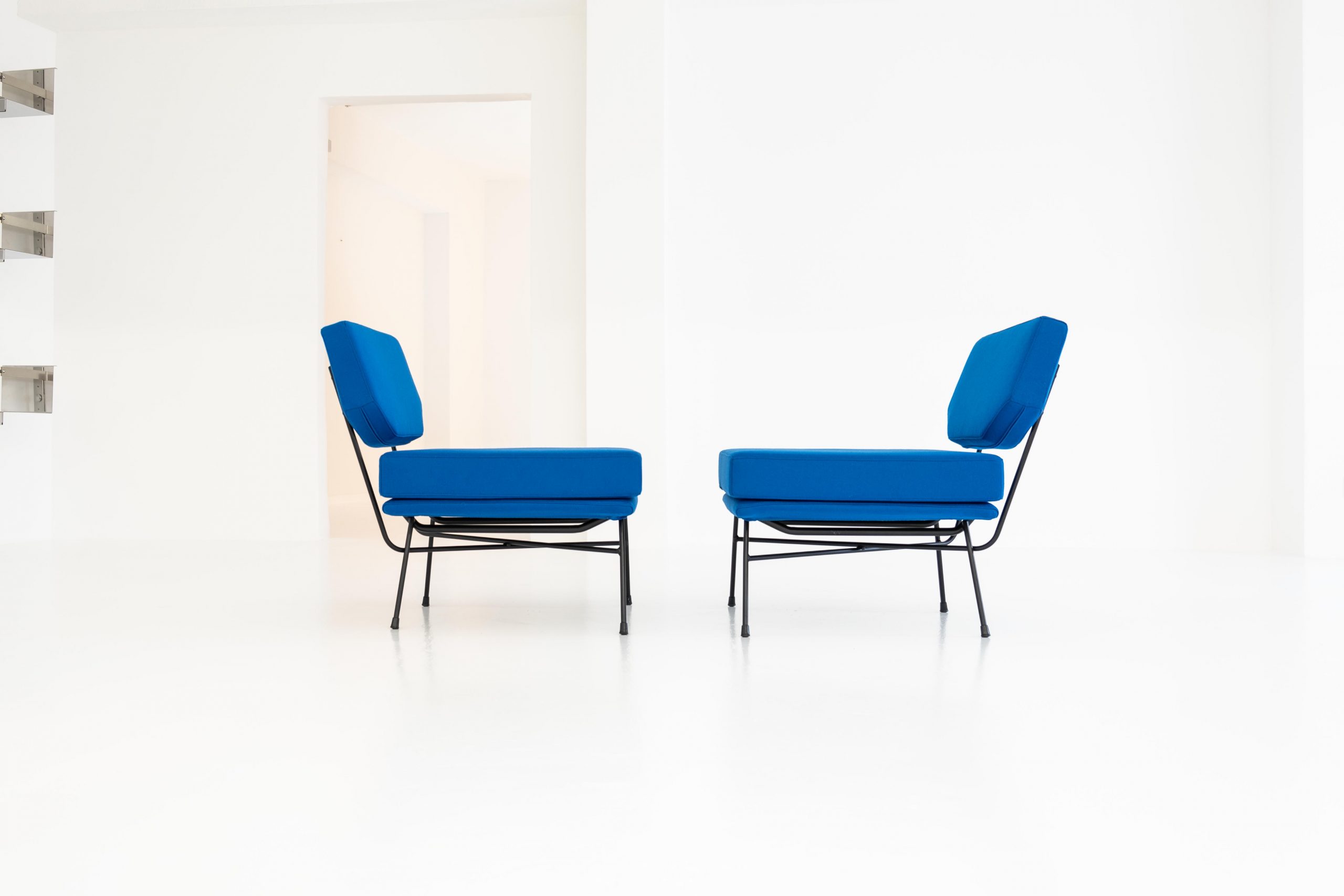 when sitting down for an aperitivo, do it with style – we’d recommend a pair of bbpr ‚elettra‘ loungechairs. you may have seen the bbpr ’spazio‘ office furniture on our website, here’s what we said then about the famous architecture and design group: „banfi, belgiojoso, peressutti and rogers (bbpr) were graduates of the milan polytechnic and are among the most important representatives of italian rationalism of the 1930s. bbpr is considered one of the first architectural firms to operate fundamentally as a collective, placing joint creative achievement above the emphasis on individual contributions: „every idea is always our idea“ – a very sixties attitude. important team projects were, e.g., the torre velasca in milan, the italian pavilion at expo ’58 in brussels and a whole range of functional furniture designs – such as chairs for arflex, lamps for artemide and office furniture for olivetti.“

their ‚elettra‘ armchairs were designed in 1953 and awarded with the ‚compasso d’oro‘ in 1954. the manufacturer arflex itself was founded in milan 1947 by a group of engineers from the pirelli tyre factory. they developed new polyurethane and rubber materials and hired designer marco zanuso for their first series of furniture, his ‚lady‘ armchair was an instant success. arflex since then always worked with high profile designers like castiglioni, colombo, mollino, de lucchi, sottsass and mangiarotti.

the ‚elettras‘ combine the elegance of italian fifties furniture with the linear and clear style of rationalism. the chairs would fit equally well in a historic building as in a concrete flat in a 21st century high-rise.