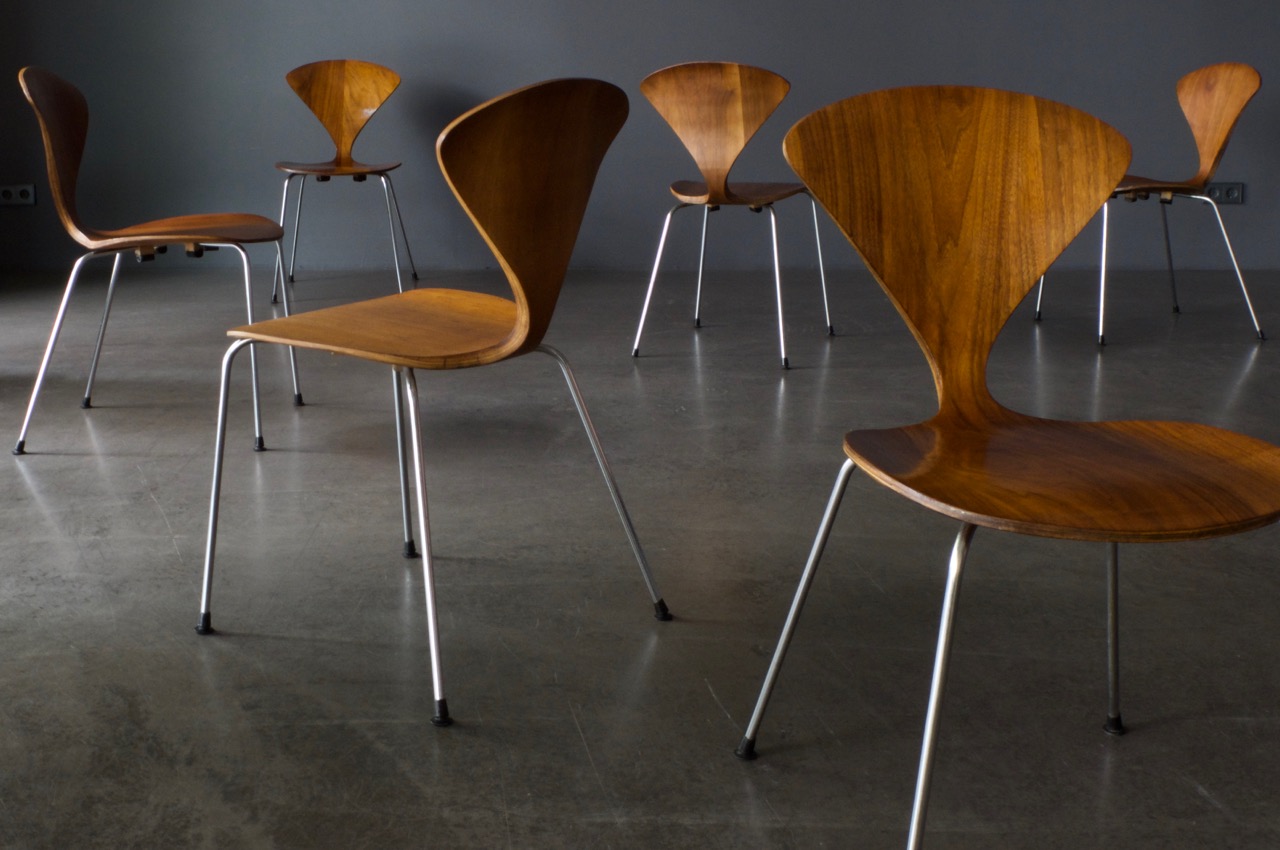 The pretzel, the ant and the hourglass.

Somehow this chair looks familiar: A bit like a mixture of George Nelson’s pretzel chair and Arne Jacobsen’s ‚ant‘. The relationship is not only recognizable by the material (curved and pressed plywood), but also at a closer look. In the 1950s, the company Herman Miller (also known as a manufacturer for the Eames Chairs) developed lightweight and affordable plywood chairs. George Nelson as Design Director came up with the famous „Pretzel Chair“ in 1952, an icon of chair design to this day. Unfortunately, the chair was not so cheap to produce – and it was also very filigree, not to say fragile. Therefore the production was stopped in 1957 (which also makes this chair a rather expensive collector’s item today).

However, Plycraft, as executive production company for Herman Miller, now had unused machines, material and know-how. George Nelson recommended Norman Cherner, a friend of his, to develop a more stable and cheaper design. Cherner designed this chair – but Plycraft declined the concept and cancelled the order. But still put the chair into production – which Cherner only notices in a furniture store when he discovers the rejected design in the salesroom. He sued the company in 1961, won the case, and not only received his well-deserved money, but was also recognised as the inventor of an american icon of furniture design.

So iconic, the chair still has no name, but is simply referred to as the „Cherner-Chair“. On closer investigation, you will also recognize Jacobsen’s famous ‚ant‘ from 1952: in the „hourglass“ shape of the backrest, which is even tighter in Cherner’s design. So if you like Midcentury design, Nelson, Jacobsen and Cherner are always the right choice.

We currently have a set of 6 in the rare Metal-Base version, with clearly visible traces of use in the different veneer surfaces, but overall good condition.

Product: Metal Base Side Chair