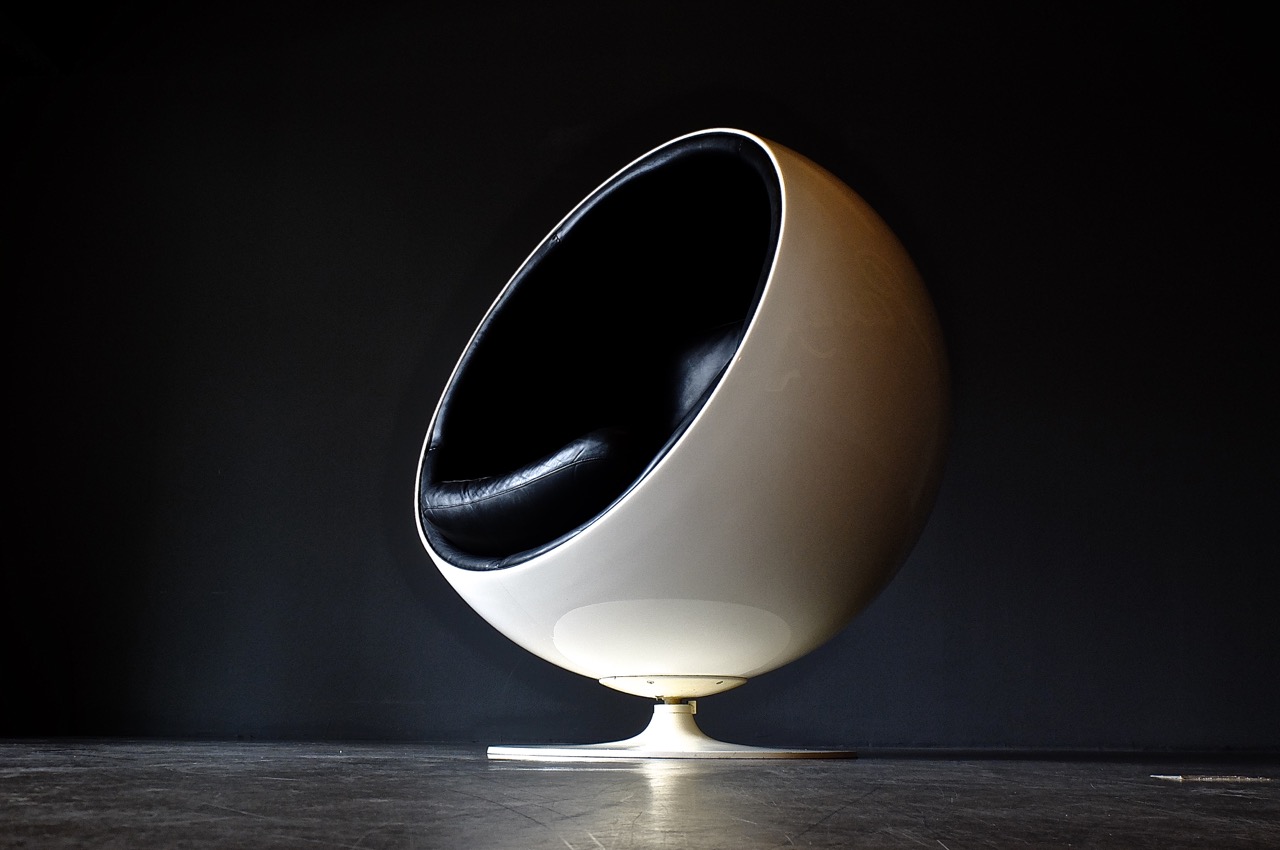 He did nothing against the Marsianer, Vivienne Westwood used it at fashion shows and during the oil crisis in the 1970s production was suspended. This is Eero Aarnios Ball Chair.

It all started in 1963, when Aarnio moved into a new house and wanted a lounge chair. He simply ignored Scandinavian simplicity in furniture design and created a room within a room. The surrounding noises are hardly audible when sitting in the ball. Eero Aarnio also found its a good place to talk undisturbed. To this day, a prototype with a built-in telephone is still in his house.

2 young managers of Asko International saw the Ball Chair when they met Aarnio in his house to talk about the production of wooden furniture. In 1966 the part was presented at the furniture fair in Cologne and hit like a bomb.

We have currently an early produced version of Asko standing in the store, classic version outside white, inside black leather in a very good vintage condition.