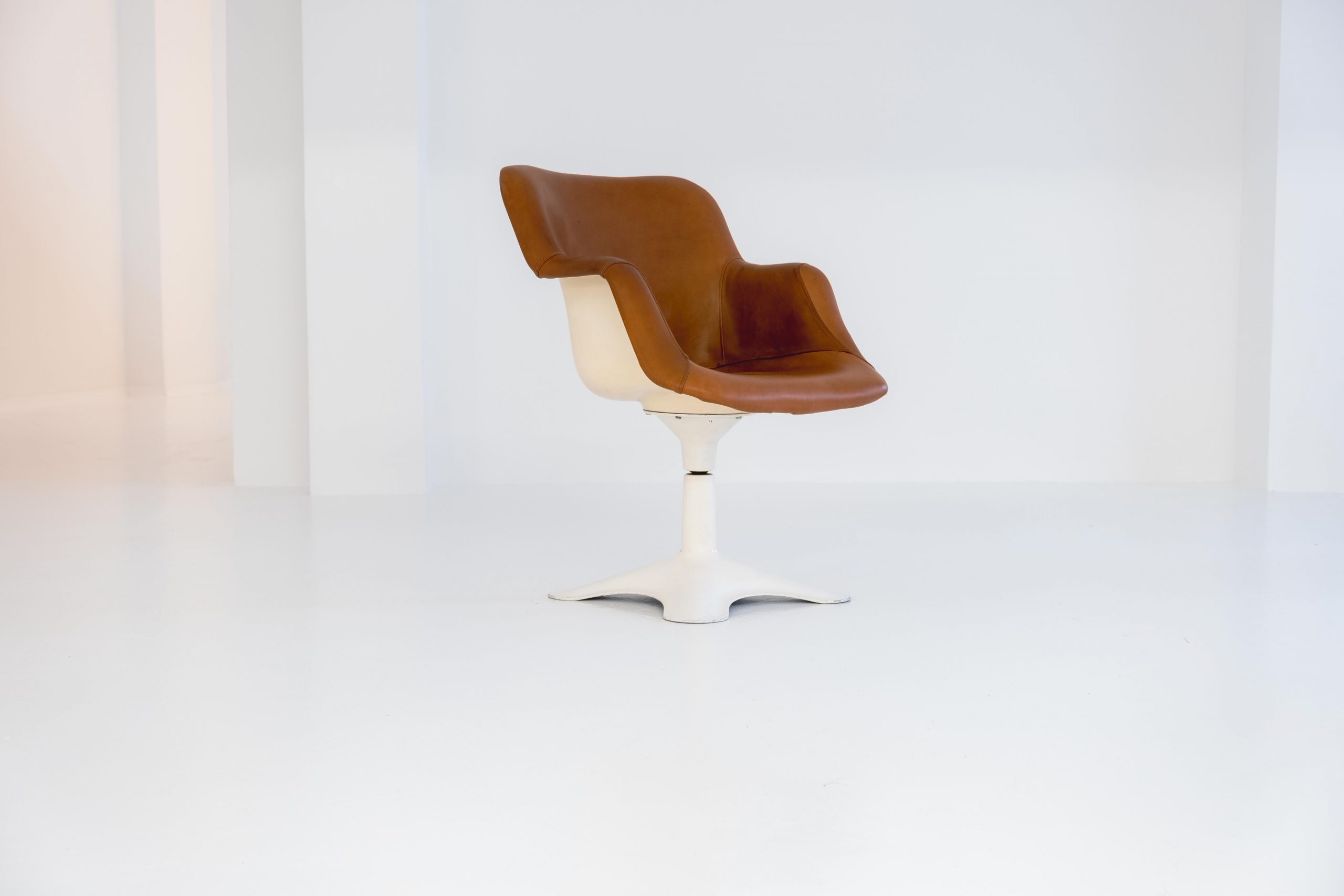 yrjö kukkapuro may not be a household name, even if you’re interested in design. but you may have seen his most famous work: the ‚karuselli‘ chair of 1965, dubbed „the most comfortable chair in the world“ by the new york times in 1974 – and exhibit object in nearly every design museum in the world. kukkapuro studied design at the institute of industrial arts in helsinki, qualifying as an interior architect in 1958. kukkapuro has been awarded many design prizes, has exhibited in dozens of solo and group exhibitions around the world, is a member of the royal society of arts (rsa), london and holds honorary doctorates and honorary professorships from three universities.

since 1959 he’s working from his own studio (www.studiokukkapuro.com), researching and developing ergonomic seating furniture in particular, which on the one hand often looks very futuristic but on the other turns out to be extremely comfortable. also in the second half of the sixties he developed several series of chairs, for example the ‚junior‘ series (415, 416), closely related to the ‚karuselli‘ chair. kukkapuro’s translated his ergonomic know-how to organic shapes that make the chair very comfortable even in this „little brother“ version.

this chair is covered with a cognac-colored super soft leather, the chairs show signs of use, he is in a good vintage condition.