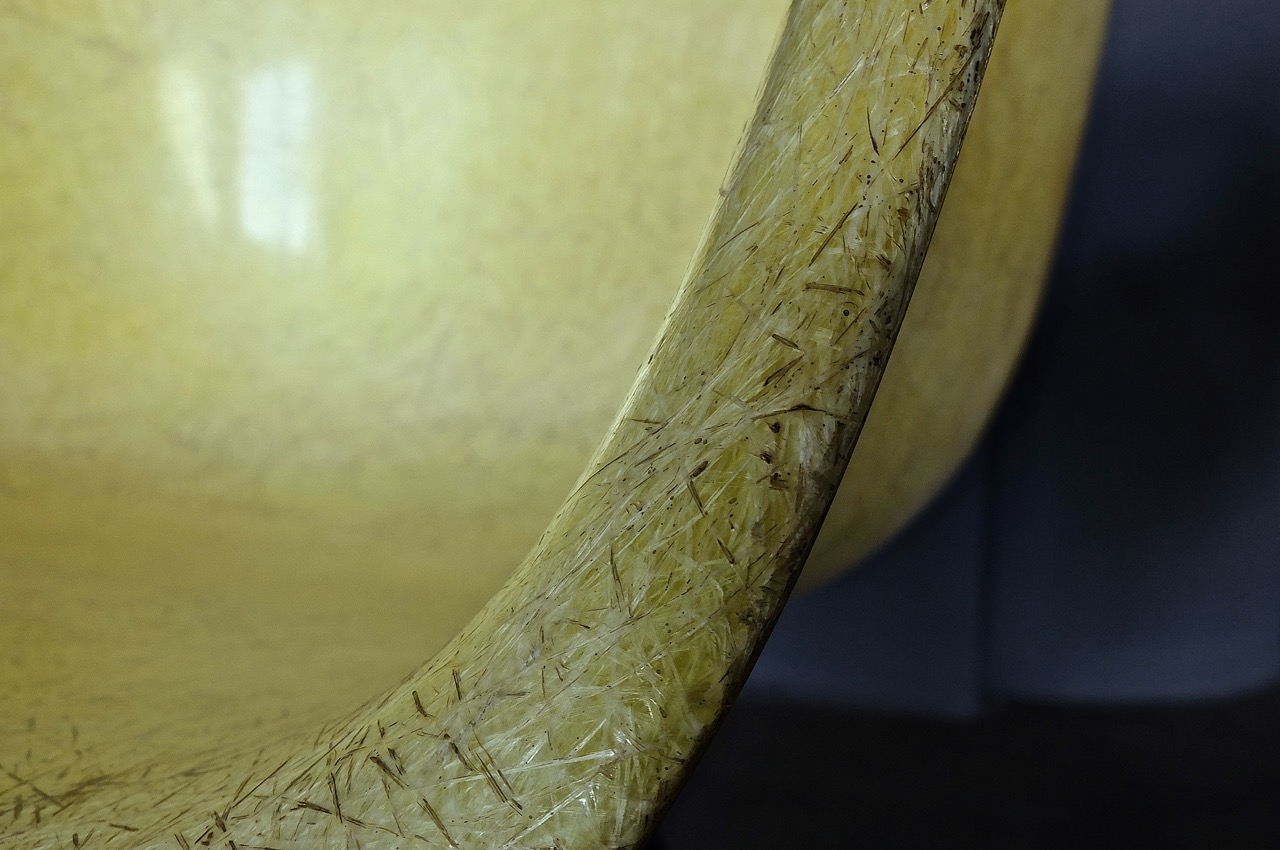 When choosing colours for their fibreglass chairs, Charles and Ray went far beyond taking individual colours into account. They have specifically opted for integral colours that penetrate the material completely, so to speak pressed out around the glass fibres. In contrast to superficially applied paints, the integral paint has a longer shelf life and does not shatter.

The first colors offered for the fiberglass chair were Elephant Hide Grey, Parchment and Greige. The design duo introduced this last colour to the vocabulary; early brochures clarified the definition of the new word with the cliché „grey-beige“.

Charles and Ray initially chose relatively neutral colours so that they would fit into as many environments as possible. The Eameses paid attention to the needs of their customers, taking into account the final costs for the consumer. In order to keep prices reasonable, the designers reacted sensitively to production requirements. It can be very expensive for a manufacturer to offer a product in many colors, so they took a gradual approach, finally adding Red, Seafoam and Lemon Yellow to the line.

The turnover for the Eames Fiberglass Chair increased every year, and by 1966 Herman Miller reported that more than 2,000,000 units were sold. At that time consumers had the choice between eleven standard shell colours. The company offered another 16 colours for contract customers who ordered 200 or more of the same chair.