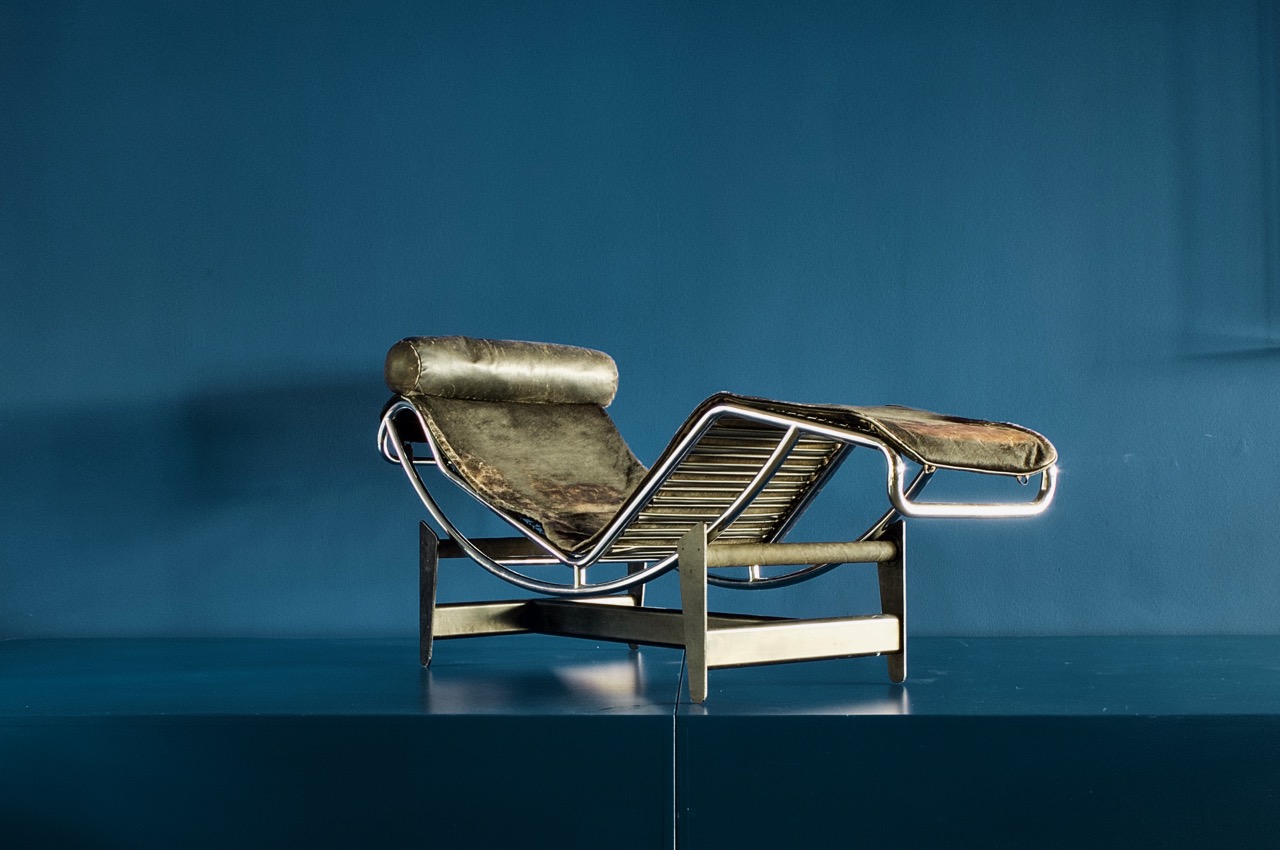 The „Chaiselongue basculante“ is usually simply called ‚LC4‘. LC for Le Corbusier, which is curtailed again, because it conceals the large part Charlotte Perriand had in the design (up to the advertising photo, where she elegantly presents the reclining position). A few years ago, by the way, her design was honoured with a special edition by long-time producer Cassina – which was then logically called LC4 CP.

The original from 1928 was part of an avant-garde living collection presented a year later at the Paris Autumn Salon. Both the material (bent tubular steel) and the shape seemed so futuristic at the time that the LC4 wasn’t really appreciated until the stylish eighties. Today, 90 years later, it’s one of the modern classics – but still not a classic piece of furniture. It’s certainly not about elegant, formal sitting – but about the most comfortable, relaxed posture.

The LC4 is an ergonomically shaped „resting machine“ (as Le Corbusier called it) and one of the most functional pieces of furniture ever. Simply adjust the couch to the desired position, raise your legs and look up at the ceiling. By the way, the surface is intentionally quite narrow: If your arms fall down to the side during a short nap, you wake up and go back to work refreshed. Vinyl enthusiasts like to place the couch next to the good old Technics or Thorens turntable. Younger people quickly discover the ideal iPad posture. And if you take the top off the frame, you can even use it as a rocker (it works wonders when you want to calm a crying baby…).

Of the original Thonet version, 172 units were sold between 1930 and 1935 (Sotheby’s auction catalogue 2018*). In 1959 Zurich gallery owner Heidi Weber launched a re-edition of the Chaiselongue basculante and three other pieces of furniture made by local craftsmen in small editions. In 1964 Heidi Weber entrusted the production of the four models to the Italian manufacturer Cassina S.p.A. in Meda.

In the gallery we have an original by Cassina, sequential production number 150, which suggests a very early model.