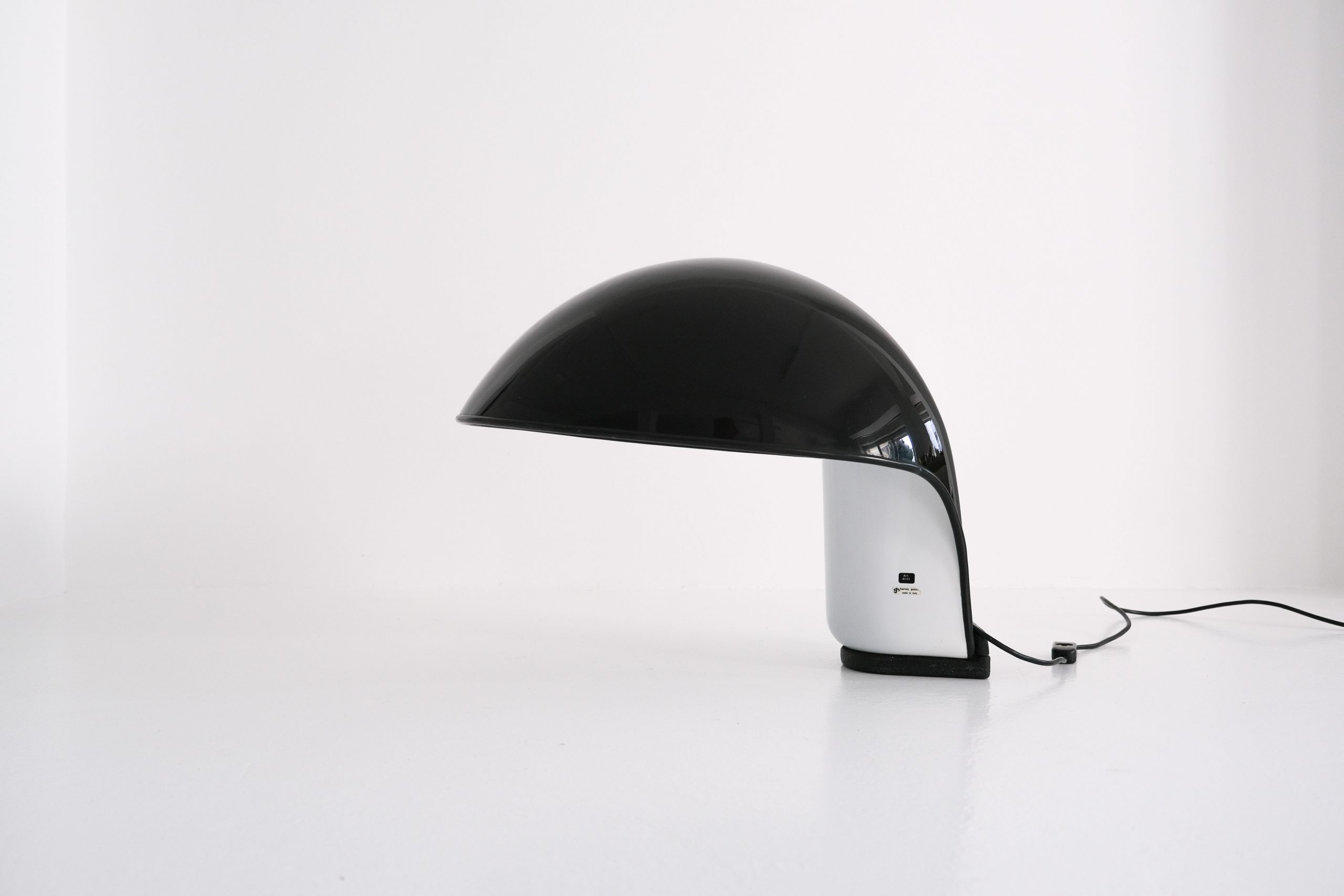 albanella is an italian town, a grape, a bird of prey – and a lamp (perhaps named after the bird whose male specimens are mainly white with black wing tips). this elegant luminaire was produced by harvey guzzini – and this is not a designers name, but that of an italian company with a long history and still active in lamp manufacturing today (“iGuzzini”). the firm was founded in the early sixties by the six brothers guzzini and named for a giant, invisible, talking rabbit featured in the 1950 jimmy stewart film “harvey”, a family favorite.

the company over the years developed many successful luminaires for all interior applications and over time concentrated in particular on the possible applications of the material methacrylate plastic (acrylic), whose translucency made it possible to create luminaire shades that emitted a particularly warm light. many of these luminaires were developed by designer team ermanno lampa and sergio brazzoli, responsible for the ‘nastro’ series, the ‘orione’ and sirio (all 1970). in 1973 they developed the ‘alba’ floor light and its smaller table version ‘albanella’.

the sculptural lamp sits somewhere between luxurious italian style and futuristic space age design. its white lampshade with black edge rests on a heavy cast iron base, a round black dim switch is attached in the middle. this lamp is in very good vintage condition, everything is original, the surface shows very slight signs of use. on the top of the lamp, looking from the front on the left, there is a small deformation of the lampshade.