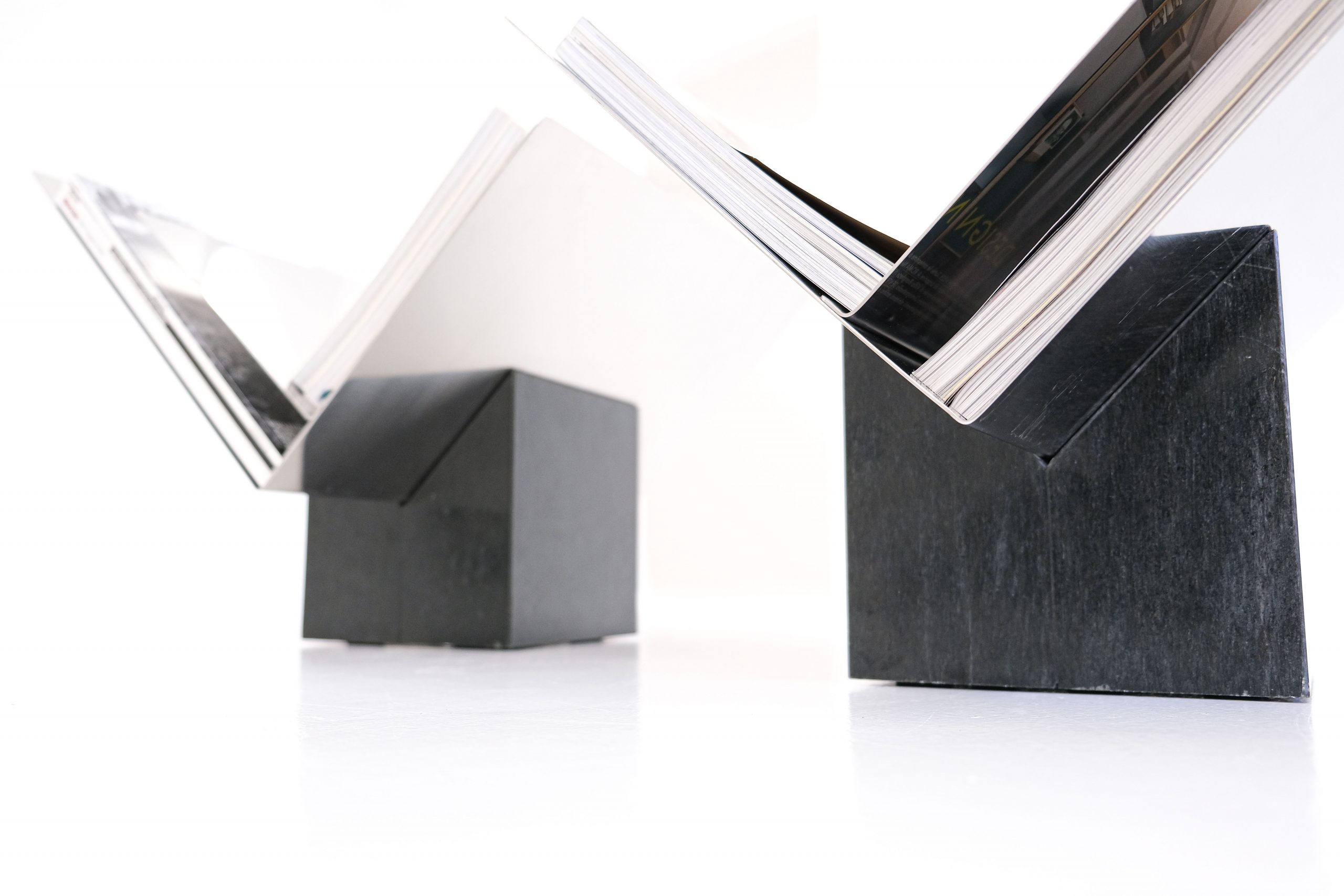 even if you’re into italian design, giuliana gramigna & sergio mazza are lesser known as „names“ – but extremely influential in what they did. gramigna was born in 1929 in milan, like mazza, who was born two years later; both graduated in architecture. he opened his studio in 1955 and besides architecture and interiors, he became more and more involved in product design. he won at triennale x with the project of a telephone booth; and earned a silver medal at triennale xi.
in 1959 he founded the now famous lighting brand ‚artemide‘ with ernesto gismondi. gramigna joined him in 1961, together they designed a table and chair for arflex, followed by a lot of successful designs for artemide. in 1970 mazza and gramigna designed the voluminous and comfortable club chair ‚smoking‘ for poltrona frau.
as trained architects, they tended toward clean lines and functional design. well visible in their work for ‚arthur krupp‘ metalware factory, mainly known for cutlery and tableware. here they created objects for „digestivo“ time after dinner: table- and standing ashtrays, trays, bar sets, bottle carriers – and the most beautiful magazine rack we‘ve ever seen. developed in 1970 it consists of a very heavy black marble base and a stainless steel magazine holder with two levels.
a set of 2 marble and steel magazine rack by giuliana gramigna and sergio mazza for arthur krupp, italy, 1970.
dimensions: height: 14.17 in. (36 cm) width: 18.89 in. (47.99 cm) depth: 18.89 in. (47.99 cm).