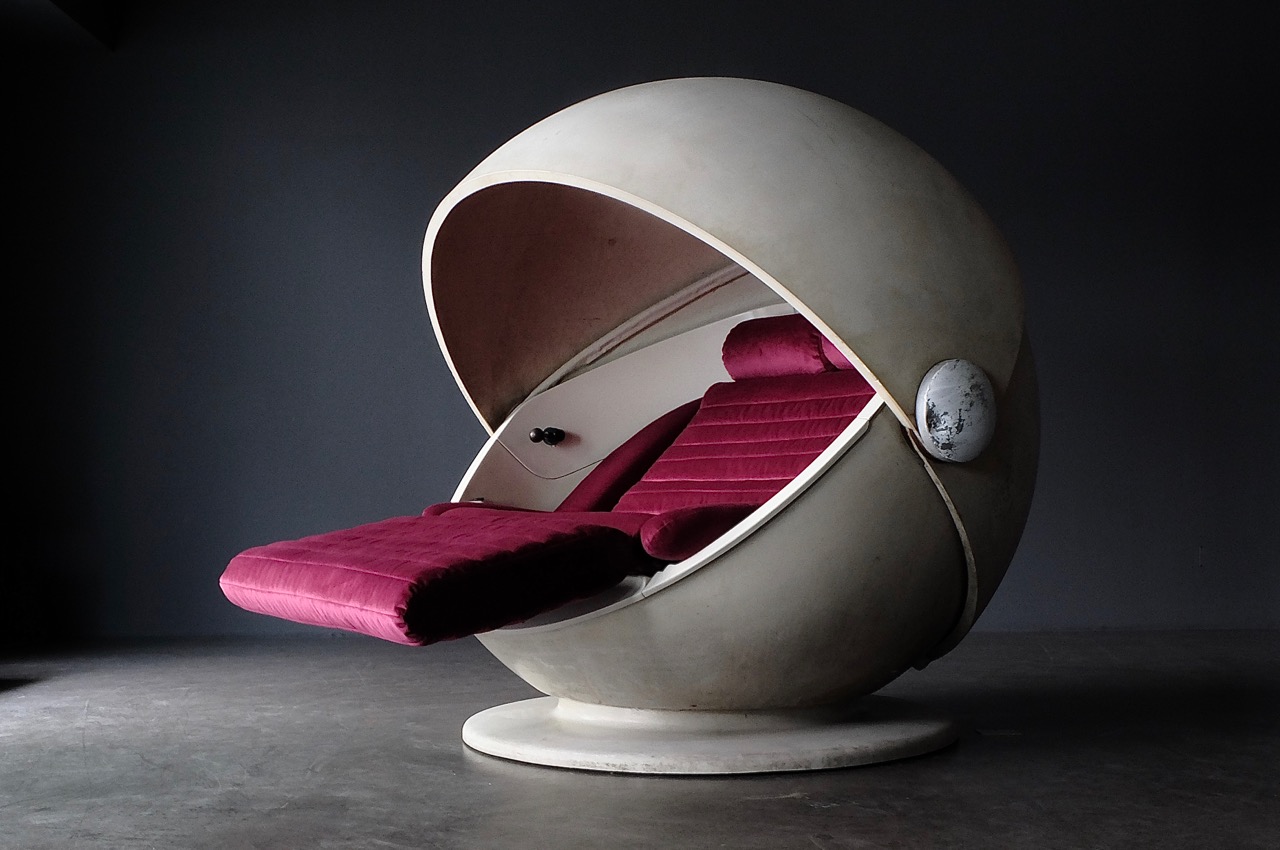 In Space We Trust.

„Space – the final frontier.“ When you watched television in the seventies, you may know the famous intro to ‘Star Trek’ (original 1966-69). The science fiction trend was also based on the real „race to space“: In 1957, the Soviet Union launched the first Sputnik 1 satellite. In 1969, Neil Armstrong was the first human to set foot on the moon. At the same time, the „Space Age“ also became extremely popular and successful in design: Mathmos lava lamps were marketed as „Astrolamp“ as early as 1963. Eero Arnio became famous with his designs of Ball Chair (1965) and Bubble Chair (1968), Joe Colombo developed futuristic lamps, Brionvega produced modern televisions in plastic housings and Grundig presented the Audiorama spherical loudspeakers. In 1968 Matti Suuronen developed the Futuro House made of fibreglass and polyurethane; in 1969 Olivier Mourgue’s Djinn Chairs had their big appearance as lobby furniture of the Space Hilton in Kubrick’s „2001“ and in 1970 Verner Panton amazed at the Cologne furniture fair with his famous “Visiona 2-Wohnwelt”.

In the midst of this enthusiasm for space travel, new materials and new technologies, a tableware manufacturer placed its first furnishing collection: Rosenthal. The Sunball was developed by sculptor Günter Ferdinand Ris (who had already developed light objects for Rosenthal’s corporate headquarters at Schloss Erkersreuth) together with architect Herbert Selldorf. With lighting and an integrated stereo system, it became futuristic outdoor furniture – the „sun globe for comfortable outdoor living cost around 4000 D-Mark, not even 50 units were sold“. (brandeins, 2015). Today there is a Sunball exhibited in Munich’s Pinakothek der Moderne – and the few remaining copies are traded at auctions at high prices. A real „cocooning“ piece of furniture that we could well imagine as a design object in the entrance hall of a digital agency. Or, of course, as a luxurious television chair for discovering strange worlds.

Sunball, rotating two-seater sofa, hand-laminated fibreglass, white-grey weathered. Folding footrest, lighting and stereo are not functional at the moment, renewed upholstery in burgundy velvet. The upper shell sits on hinges and can be completely closed.

Production period: No more than 50 pieces were produced