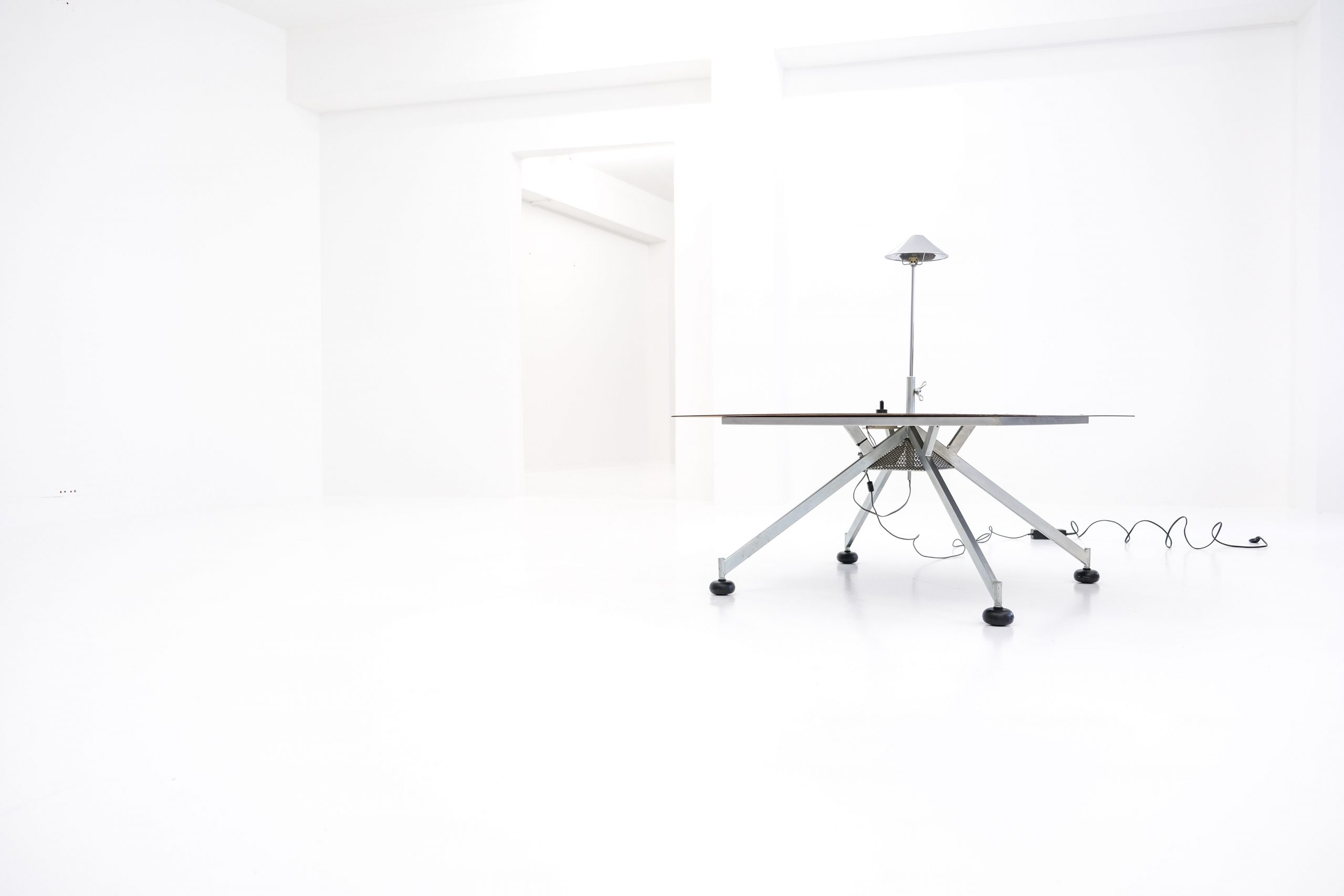 ‚Apocalypse Now‘ is, of course, an eye-catching name for a table. We don’t know for sure if it was inspired by F. F. Coppola’s film – but it could have been called ‚1984‘, because that’s exactly the year
it was made. The design appears to be a mix of punk and postmodernism – possibly because designer Carlo Forcolini lived in London from 1978 to 1984. Forcolini, born in 1947, studied at the Brera Academy of Fine Arts in Milan, worked with Vico Magistretti and Achille Castiglioni, moved to London, where he became director of Artemide GB. He was one of the founders of ‚Alias‘ furniture company in 1979, ‚Nemo‘ lighting in 1992, Forcolini.Lab in 1999 and Oylight in 2005.

He often combined a wide variety of materials unusual in furniture making: polyurethane and polyester, steel and glass, mirror and rubber. His ‚Icaro‘ wall lamp for Artemide became an 80s icon and he developed low-voltage lighting systems and colour projections by prism shades. His designs feature in the collections of the Cooper Hewitt Museum in New York, the Museum of Decorative Arts in Paris, the Design Museum at the Milan Triennale and the collection of the ADI Compasso d’Oro Award.

Carlo Forcolini’s „light table“ ‚Apocalypse Now‘ (1984 for Alias) is made of a square corten steel plate on a galvanized tubular steel frame. The untreated surface was deliberately intended to rust – this process is also frequently used for architectural facades (but can also be influenced by polishing and oiling). Height-adjustable and dimmable lighting centered on the table. The table top shows some scratches, the base wears some patina.