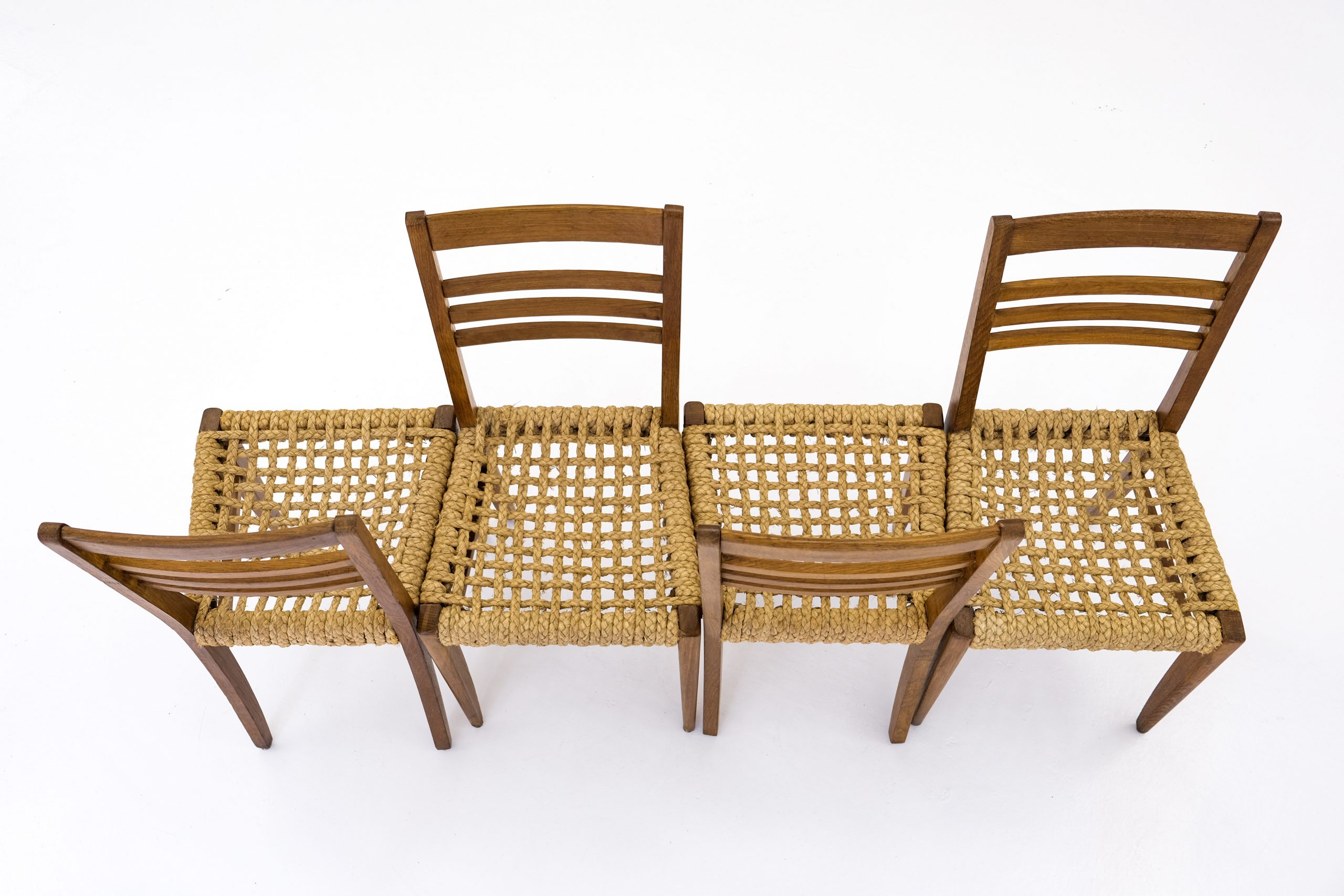 Think of a holiday in the South of France: what is the first thing that comes to mind? Perhaps a meal in the garden of a country house? A long table under trees, red wine, baguette, cheese – and maybe these chairs? The materials wood and hemp add to the rustic charm, but with a dash of modern design in the details – for example in the elegant tapering of the chair legs or the look of the three slender slats on the backrest. The designers knew what they were doing – and for whom.

Adrien Audoux and Frida Minet were members of the ‚Union des Artistes Modernes UAM‘ (founded in 1929 by Le Corbusier, Jeanneret and Perriand), who tried to distance themselves from the elitist design of the established producers – a bit like the Bauhaus students in Germany. New materials, new techniques – and above all: affordable for all. You can clearly recognise the idea in Charlotte Perriand’s wooden furniture for Meribel and Les Arcs, too.

Here the designer couple used oak wood for the chair’s frames and rope made from abaca fibers (also known as „Manila hemp“, historically often used for ship’s ropes). So its rural and coastal at the same time. The 1950s in the south of France were a boom time for art and design (if you’re there, be sure to visit the Fondation Maeght in Saint-Paul-de-Vence). Until then, enjoy that Riviera-touch in your own home: