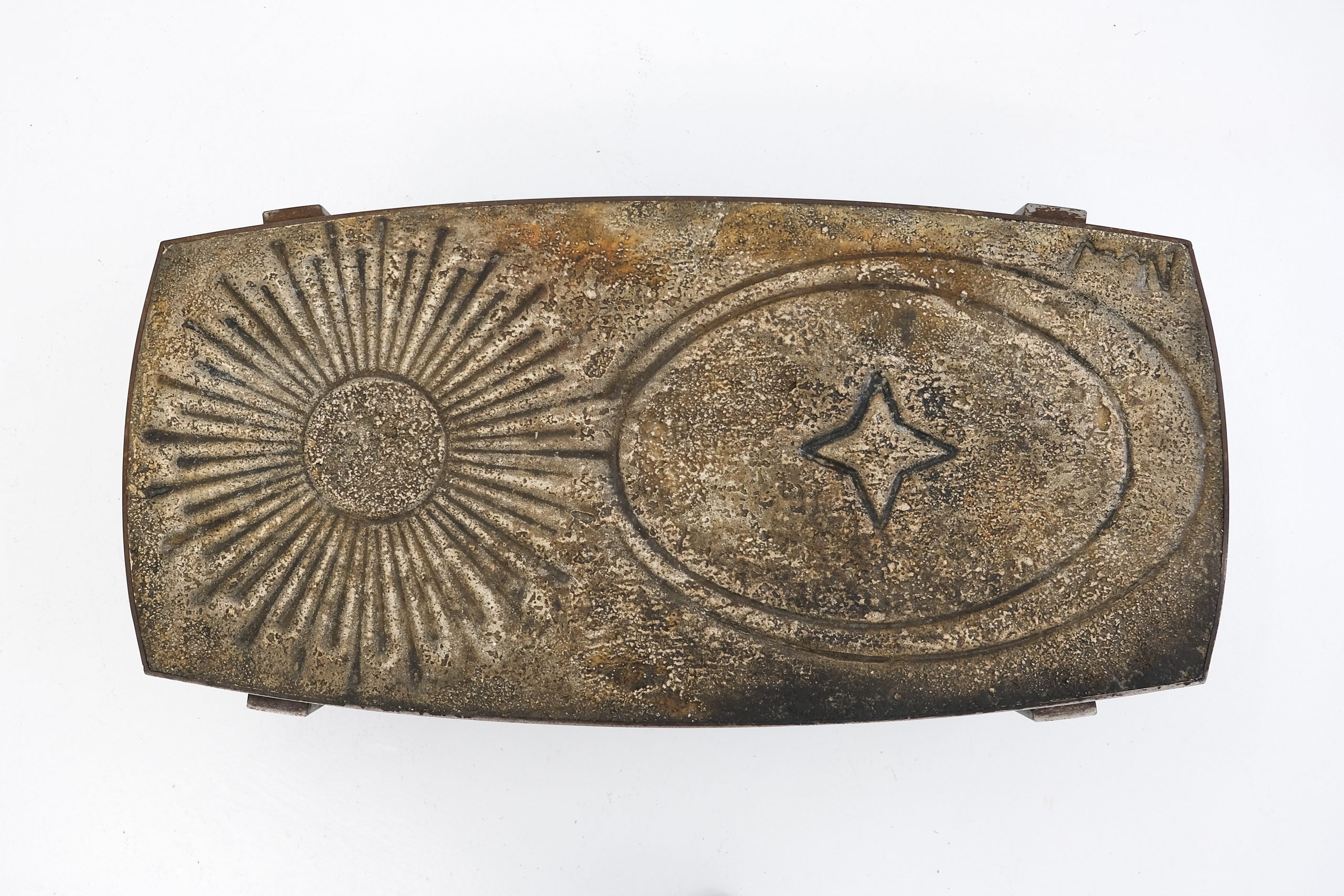 There is furniture that serves a very specific purpose – such as the wedding chest or the wing chair. And some define an entire lifestyle: Where would the „coffee table books“ be without the idea of the coffee table? A smaller low table, usually rather narrow and long, so it fits between sofa and armchairs and you can enjoy your coffee lounging casually instead of being served at the dining table, as in times gone by. It’s a modern lifestyle piece – and so it became extremely „fashionable“ in the fifties and sixties. (Some also see the rise of television as a reason for its spread: coffee tables were low enough to not obstruct the view of the TV set.) Very famous today are, for example, the french ceramic tables by Roger Capron or the Cloutier brothers Jean and Robert.

But here we have something very special, found on our last Provence tour and probably a unique piece: a heavy stone slab, probably concrete, lies on a black steel frame. In it are deeply impressed graphic forms, a multibeam sun and a rhomb surrounded by ellipses. The style and design suggest the 70s, the material and workmanship rather the early 80s. (Bolts and nuts on the frame seem to be recent replacements).

Signed by the artist, presumably with the initial letter „N“, but not further identified.