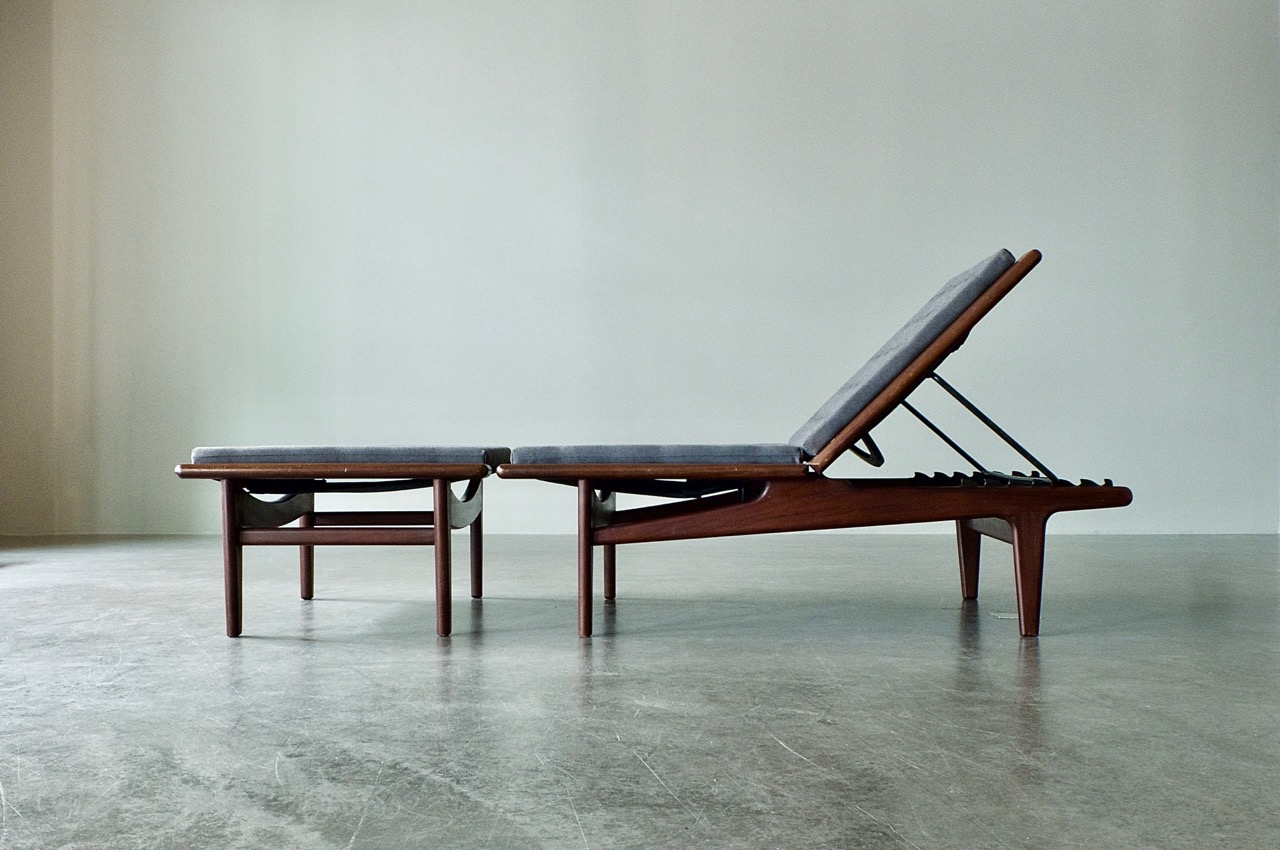 The first piece of furniture by one of the most famous furniture designers of the 20th century: The two-piece daybed GE 1 by Hans J. Wegner for Getama. The height-adjustable daybed is a classic and recognisably danish design of the 1950s – and at the same time almost futuristic in functionality. With its freely movable footrest and height-adjustable backrest, the GE 1 works as a bench seat, daybed or lounge chair. And that was a new concept at a time when every piece had its own unique function. Versatility began here and then made its way throughout the century up ‚til today.

This kind of „quiet rule breaking“ seems to have been a characteristic trait of Hans J. Wegner. He is considered one of Scandinavia’s most important artists and designers. His furniture designs in the 1940s and 1950s were at the roots of Danish design and helped it gain a global followership. After an apprenticeship as a carpenter, Wegner attended the school of arts and crafts in Copenhagen in the 1930s, after which he worked in Arne Jacobsen’s studio. From 1946 Wegner worked independently in his studio for companies such as PP Møbler, Fritz Hansen, Carl Hansen and Getama.

If you sometimes dream of owning a real classic piece of design: This could be it.