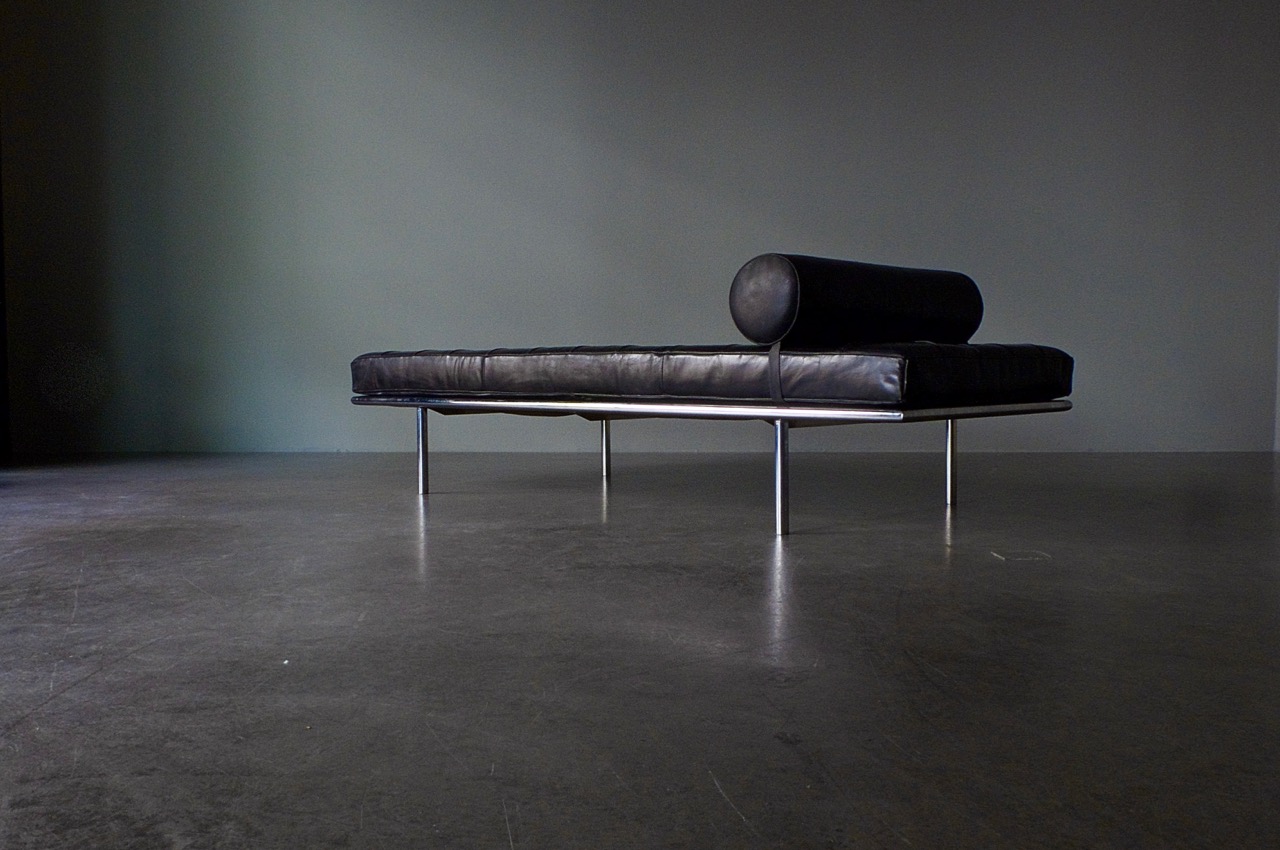 for a superhero siesta.

Yes, Mies van der Rohes daybed features in the Hollywood movie Batman vs. Superman. But its original role was to provide a resting point for the spanish royal couple, when visiting the German pavilion at the 1929 World Exhibition in Barcelona. They never sat on it – but the daybed became an absolute furniture classic, a symbol for the innovations of the 20th century, an icon.

And as we always search for something above the standard, here comes a special edition: A Barcelona daybed with an even more „polished“ look. It doesn’t have the classic wooden frame, but a chrome-plated metal frame on which the leather upholstery rests. This variant was only produced by Knoll for a short period in 1962. So this is a very rare and collectable piece for collectors – and just a dream for design lovers.

Production period: a short period in 1962