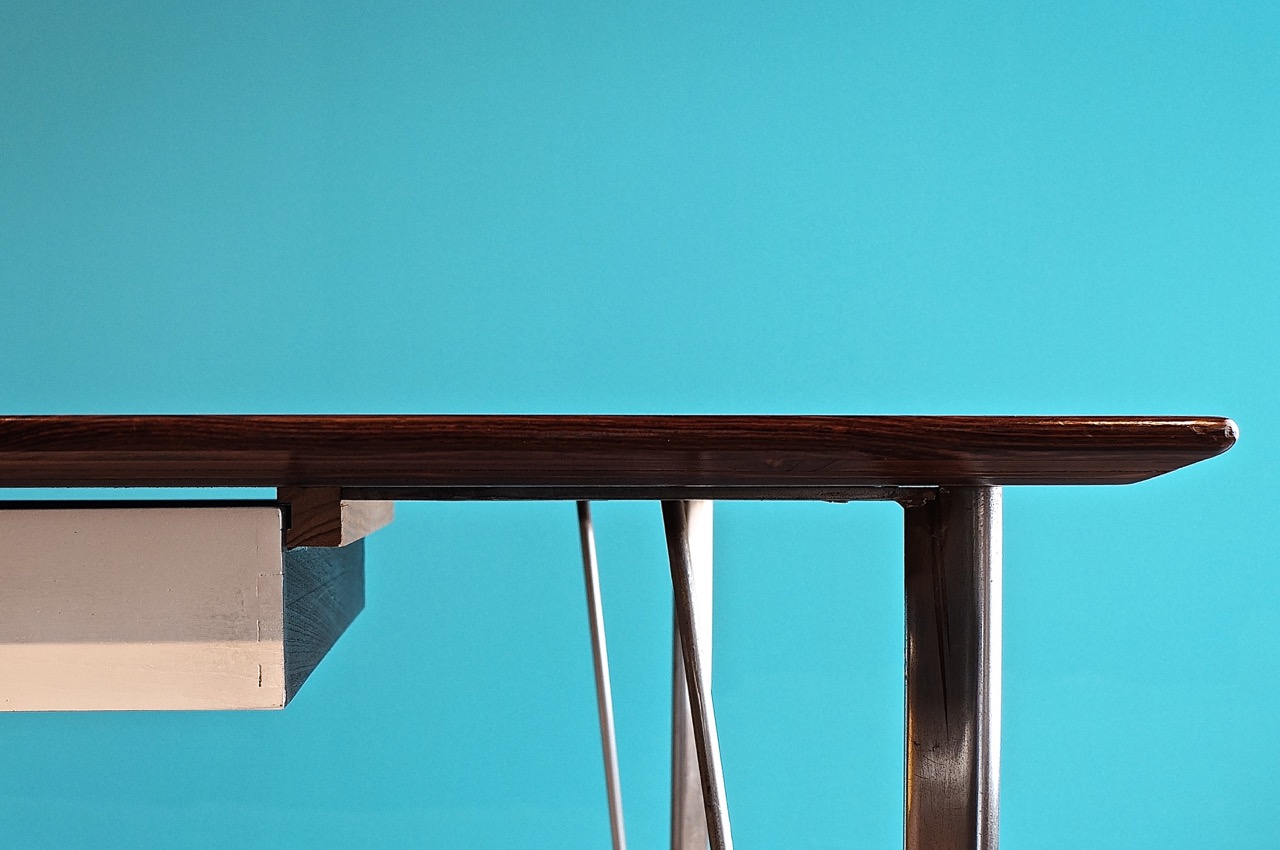 a minimalist arne jacobsen desk from 1955 – when many people were still working on massive oak „comptoir“ desks.

Arne Jacobsen, architect and designer, born in Copenhagen in 1902, is probably one of the most famous Danes ever. Fans still make a pilgrimage to his SAS Royal Hotel in Copenhagen today, and the „Vierscheiben-Haus“ for the Hamburg Electricity Works (now Vattenfall-Haus) is an icon. In Oxford he built St. Catherine’s College and in Hamburg-Othmarschen the Christianeum, inaugurated in 1972, one year after his death.

As a designer, he was always on the lookout for the perfect chair; as a passionate botanist, he gave them names like „ant“ „egg“ or „swan“. His furniture was produced then as now by the Fritz Hansen company. For example, the FH3605: an elegantly reduced desk from 1955 that could be ordered modularly with one or two drawers. It is the more exclusive and stable version of the FH3601 (which was somewhat disparagingly called the „Camping Table“). The tabletop is made of rosewood, the drawer in front is lacquered white. The legs are made of steel, screwed to the top via steel brackets. it makes the ideal basis for a chic home office.