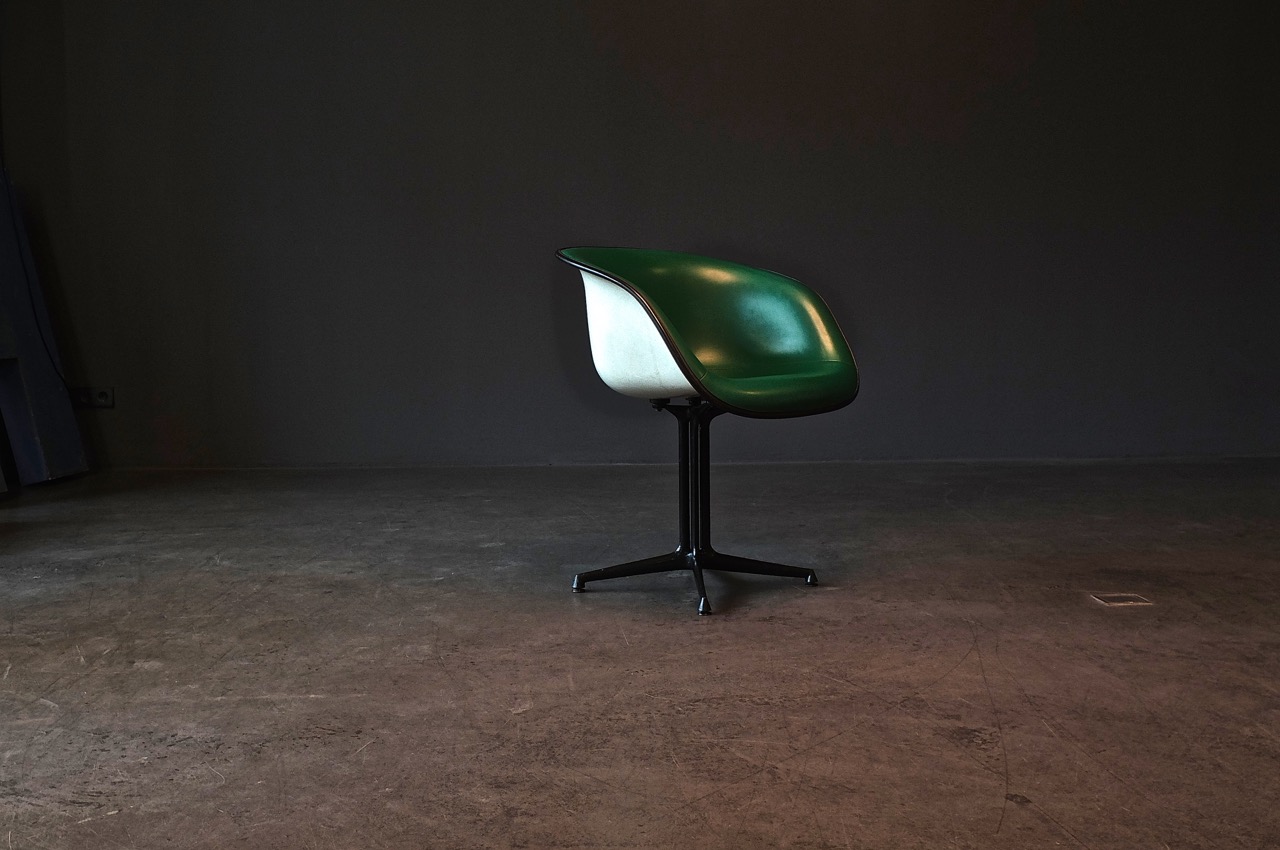 „… a dream village full of sparkling suns and lovely puppets, where even the salt shakers smiled.“

This is how Olga Gueft described the New York restaurant La Fonda del Sol, which opened its doors in the lobby of the Time Life Building in 1960.

While Alexander Girard meticulously designed everything, from sugar sachets and enamelled wall signs to tableware, not to forget the fabrics, tables and chairs were designed by Ray and Charles Eames.

The frames for the dining and side tables as well as for the chairs were identical in design, a new design (which later went into series production due to its success), the seat shells are a modification of the already 11 years earlier designed armchair shell made of fiberglass. Alexander Girard wanted chairs with a backrest no higher than the edge of the table.
The seat shells were padded for the first time, which was so well received that it was then also used for the conventional arm chairs.

At the moment we have a La Fonda Armchair in our showroom, fiberglass off white, jungle-green vinyl upholstery, black piping, black La Fonda base. Condition is very good. Looking for a new home.