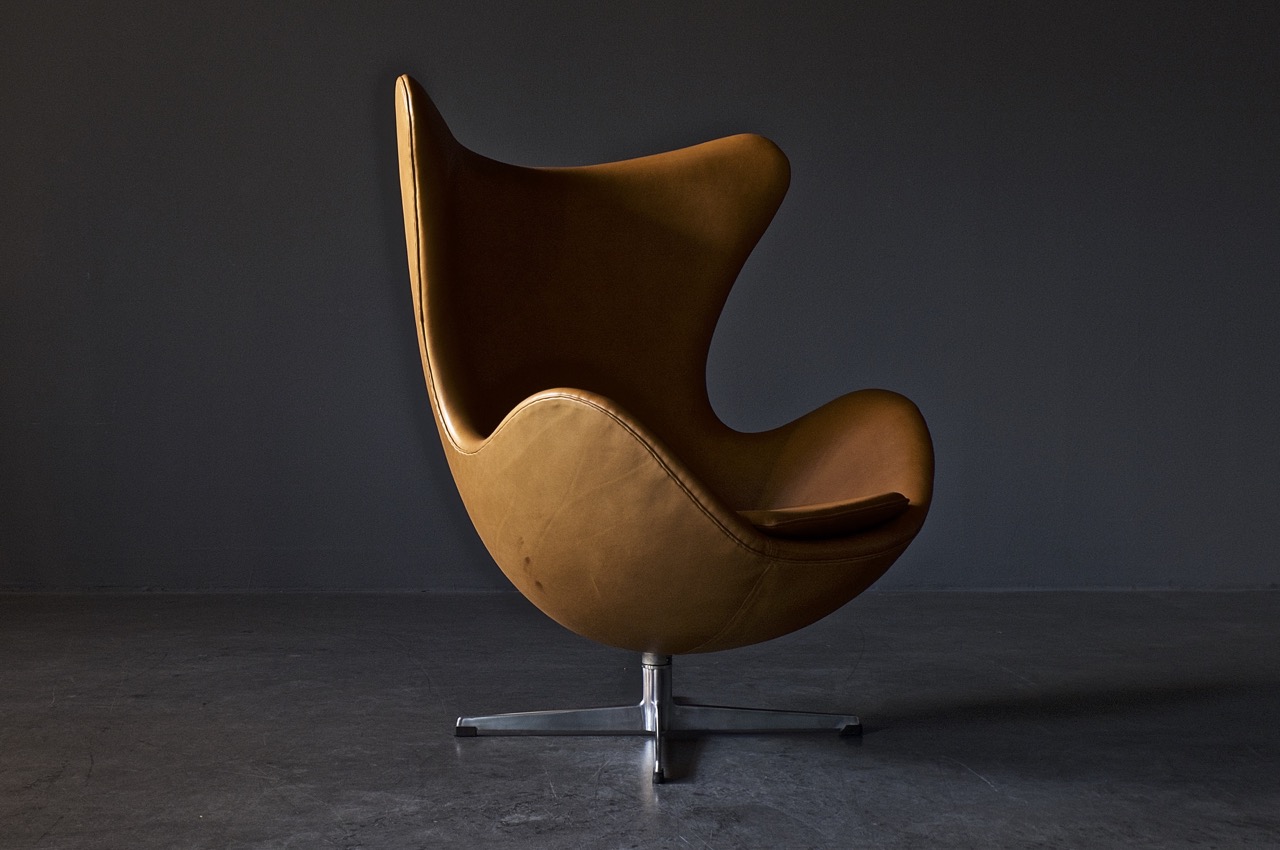 The egg (The Egg Chair, Model 3316) was designed in 1958 by Arne Jacobsen for the lobby of the SAS Royal Copenhagen. The Copenhageners chose the hotel building as the ugliest building in the city – it is now regarded as an indispensable contribution to international modernity.

Jacobsen has always carried out his projects with attention to detail and perfection. When he has designed a building, it is usually the same with the complete interior – right up to the curtain rail designed by him. His perfectionism often led to delays on the production side, his aesthetic demands did not stop at the private sector either. Jacobsen once said: „I am suffocating in aesthetics“. Coffee cups always had to stand after strict order in the cupboard and even with the selection and arrangement of cake pieces he is said to have paid meticulous attention to the appearance.

Our Danish upholsterer has finished another Egg Chair. It is an early version, produced before 1963, it is newly upholstered and covered with cognac-coloured aniline leather.