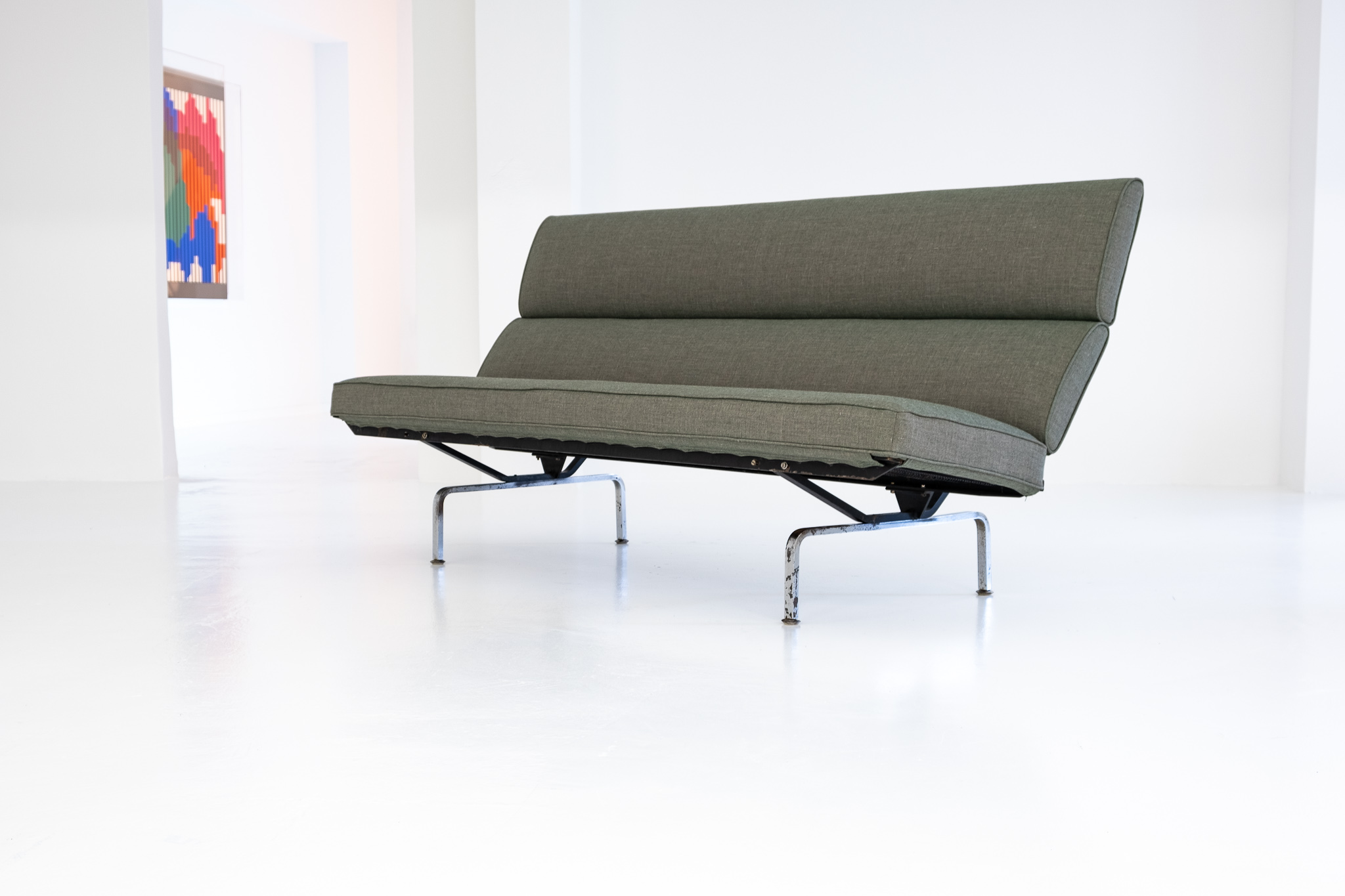 the well-known and beloved ‚eames chair‘ comes with a downside: it’s a dedicated one-seater. if you want to use an iconic design object with two people, there’s a wonderful alternative: the ‚eames compact sofa‘. as the name hints, it is sleek, slender and elegant. it perfectly fits smaller rooms without the clumsy appearance of classic two-seaters. apparently they got inspired from their own sectional seating unit built into the alcove of their eames house living room. this object marks an important point in the creative phase of ray and charles eames: it was the last piece of furniture designed with low production costs and the associated low sales price in mind. from this point on, the eames stopped focusing exclusively on furniture design, and film and exhibition projects became increasingly important. so the compact sofa also was the first piece of furniture to be introduced with its own film. the high backrest of the compact sofa can be folded onto the seat, making the sofa a rather slim package that could easily be sent (hence the name). elegant, modern – and if need be, you can also lie on it alone.

our version is a very early and rare version produced in the late 1950s by the italian herman miller licensee IFC . we have renewed the upholstery and covered it with the kvadrat fabric „floyd“ in a wonderful grey-green-pink colour that is „changeable“ (chatoyant), see close-up pictures. scrubbing tours are around 50,000 martindale. We deliberately left the metal frame, which is heavily patinated due to its age, as a contrast to the new upholstery.

Manufacturer: icf under the licence of herman miller