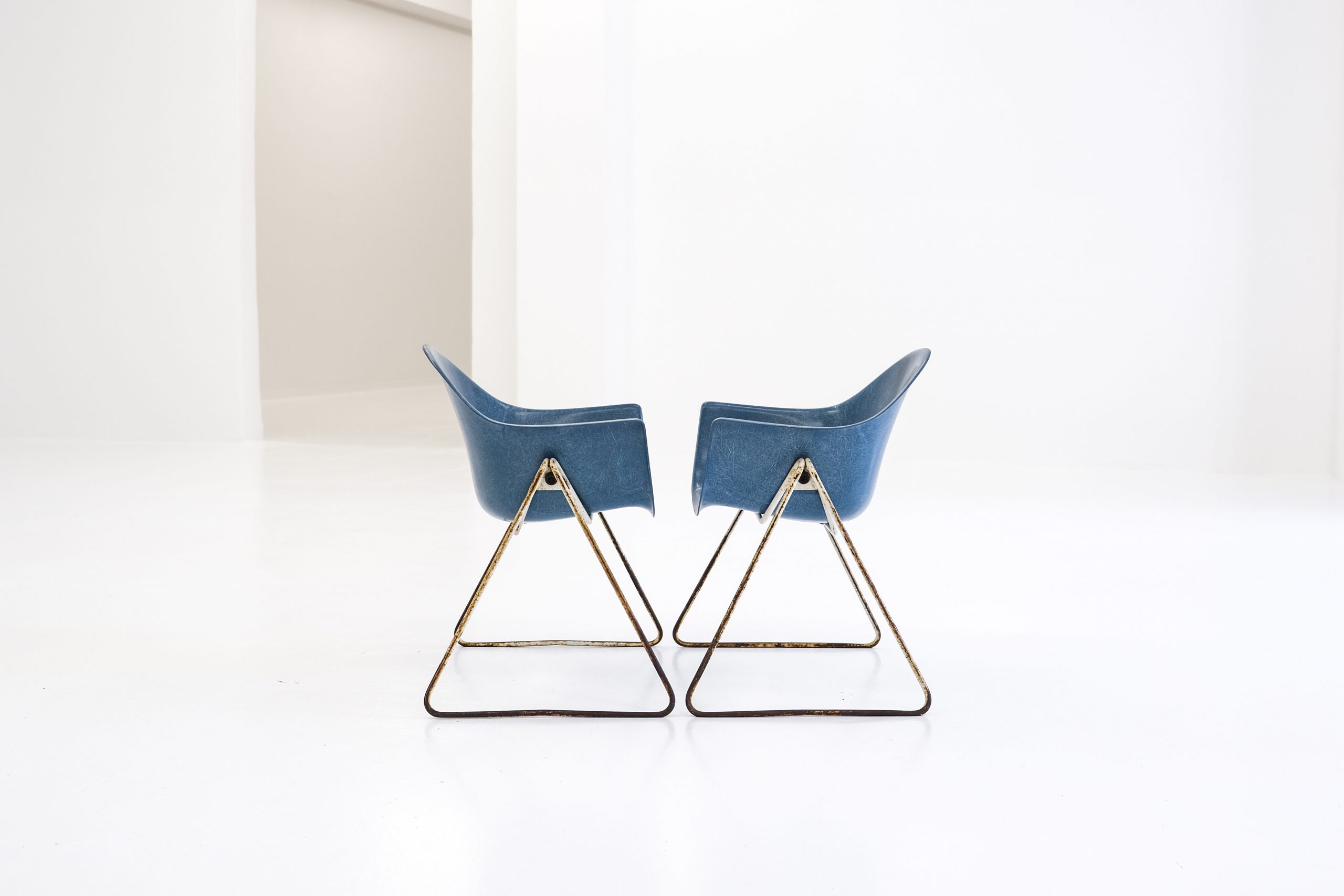 „The harmonious design of this furniture makes the child familiar with good form from an early age“.

All the best for the kids: Walter Papst (1924 – 2008) used the spirit of optimism in midcentury Germany to integrate new materials, new ergonomic knowledge and the reflection of new ideals into his work. A contemporary article about Walter Papst’s children’s furniture states: „The harmonious design of this furniture makes the child familiar with good form from an early age“.

Born in Kiel, Germany, Papst ran a studio for industrial design and product development in Cologne from 1957 to 1974. He previously studied at the Muthesius Werkkunstschule in Kiel and is one of the lesser known but no less important design avant-gardists of post-war modernism.

Besides his design work he was an avowed carnivalist and from the mid-seventies onwards devoted himself to his new profession as a futurologist in southern France. He argued that mankind is descended from gods who came to earth from Saturn. (Maybe the rosé helped establishing that connection?)

Here are the key data:

– Designer: Walter Papst in collaboration with Dieter Thera, according to designs of the Atelier für Formgebung Prof. Levsen

– The chair was produced in different heights. The shell could be mounted on various tubular steel frames and thus be used as a swing seat, among other things.