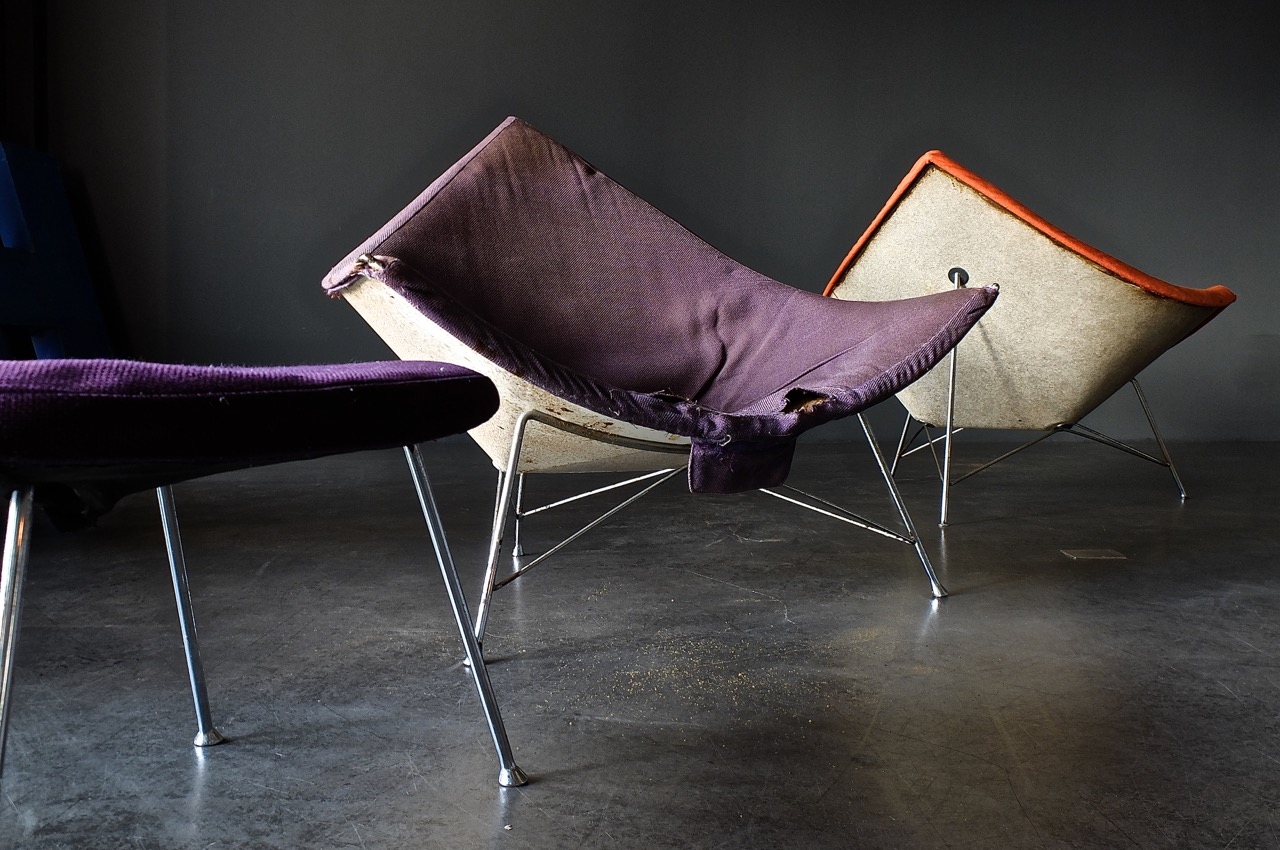 52 years also leave their mark on a Coconut Chair. These two armchairs and a matching ottoman go to the upholsterer on Monday and get a complete overhaul. Only the rusty metal shell, which refers to the first production series, we leave like this.

The Vitra Design Museum has written a wonderful text on their website, some parts of the text we would like to reproduce here:

„Like his marshmallow sofa, Nelson’s coconut armchair already foreshadows the spontaneous lifestyle of the 1960s, shaped by popular everyday culture. Instead of seeking a form that functionally corresponds to that of the human body, Nelson made a catchy, symbolic statement that introduced a new, emphatically casual way of sitting.

He found a decisive impulse for his forms in the sweeping gestures of art popular in the 1950s, such as the abstract-surrealist works of Joan Miró or Alexander Calder.

In the original version, the seat shell, reminiscent of a piece of coconut, consisted of bent sheet steel, whose foam rubber upholstery was offered with artificial leather but also with fabric or leather cover. The frame was constructed of a steel tube bent along the shell for the two front legs and one as a hind leg, whereby the protruding legs were stabilized by welded cross bars. This gives the impression that the frame stretches the floating, sweeping shape and fixes it to the floor. Herman Miller later produced the seat shell from fibreglass-reinforced polyester and screwed the legs of aluminium tube individually to the mould; the crossbars were also screwed together. The initial production of a footstool suitable for the chair was later discontinued.“