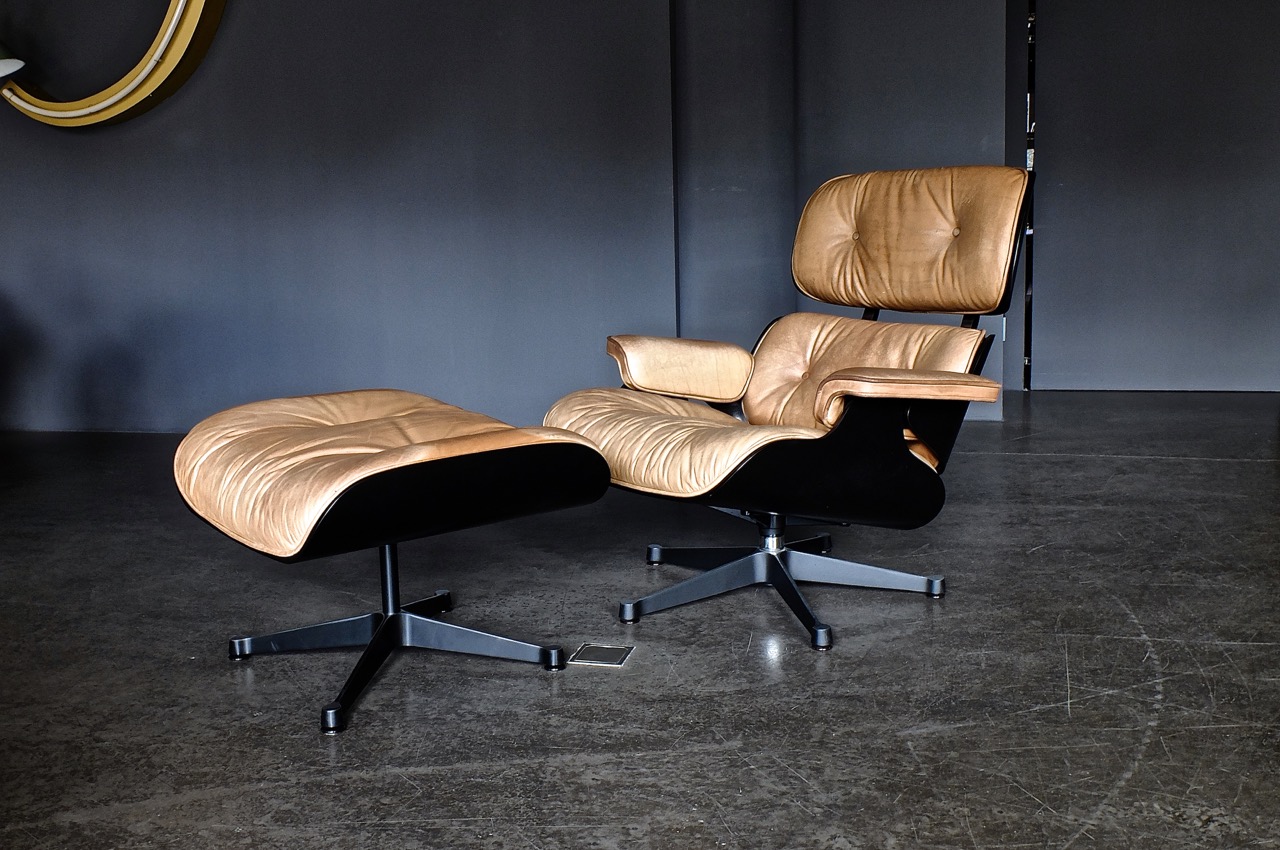 When we speak of the „Eames Chair“, we mean of the armchair of the armchairs: the most comfortable thing that the 20th century had to offer. Because it actually follows the tradition of the Biedermeier wing chairs – and of course the English club chairs.   Charles & Ray Eames developed the „Lounge Chair + Ottoman“ as a more modern and even more comfortable variant for the 20th century. Until then, the designer couple had designed furniture that was rather cheap to produce, but the Lounge Chair, on the other hand, was in the high-price segment – and you can see that too. It is design icon, luxury object and favourite place at the same time.

But attention: Although the Lounge Chair looks so compact and robust – its construction is quite filigree. It is not advisable to sit on the armrests (which one would not have done at that time anyway) or to lean on the backrest standing behind the chair. Both back and armrests are connected to the plywood of the seat shell via a metal bridge and 3 shock mounts. There is no other supporting connection for the backrest. The shock mounts glued on one side can tear off under extraordinarily heavy loads. Furthermore, the shock mounts are made of rubber – and this can become porous over several decades (as anyone who has had to repair an old bicycle tire knows).
Our old originals all go through the hands of the official Vitra restorer, who restores them with original spare parts, re-upholsters them and of course also renews all shockmounts.
At the moment we have 2 lounge chairs in our shop again. Here are the facts about the above:
– Special model from the 1970s
– Thick, sand-coloured buffalo leather
– black lacquered wood
– completely restored, all shockmounts renewed