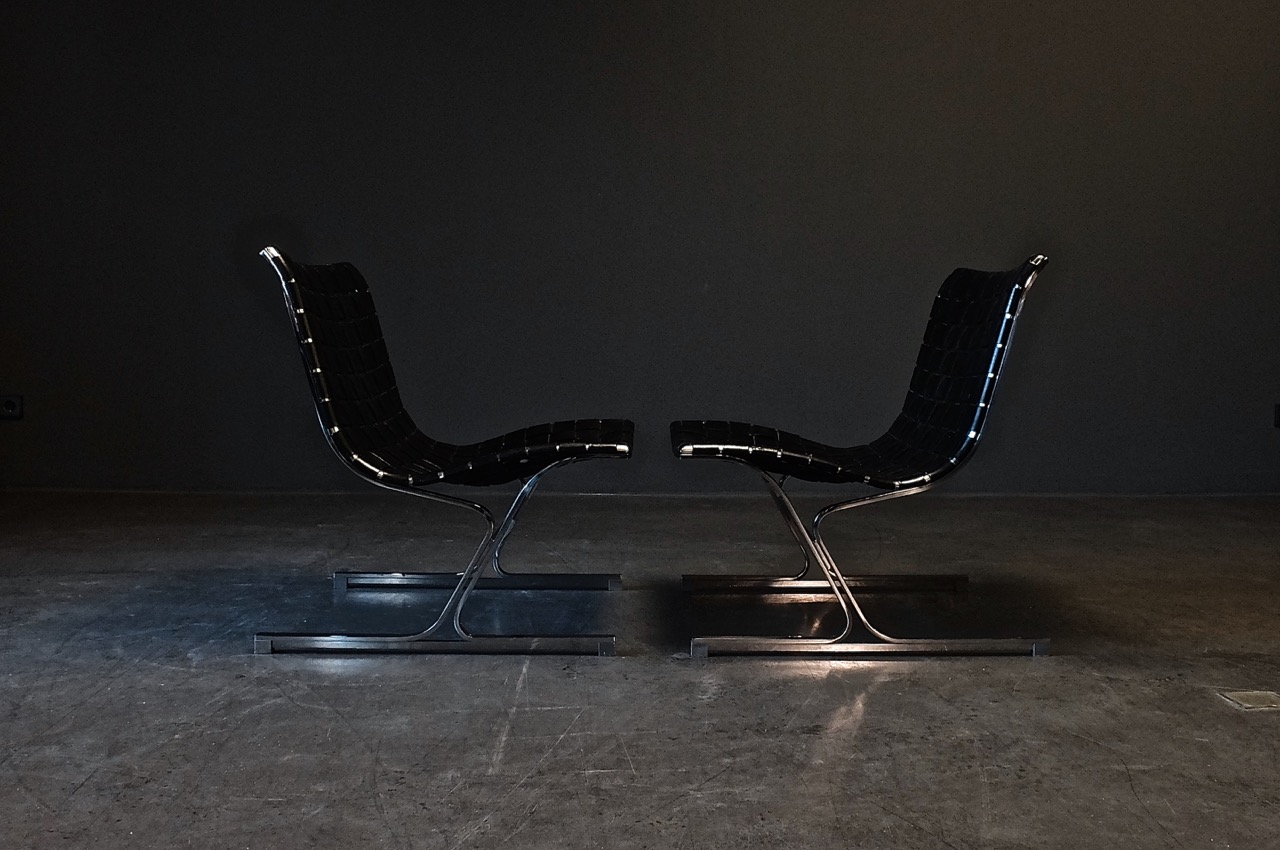 Also, an instantly recognizable midcentury chair is the ‚Luar‘ by Ross F. Littell (1924-2000). Littell was born in Los Angeles, California, studied at the Pratt Institute in New York, opened his own studio in 1956 and began to work as a freelance designer for companies like Knoll, Inc. and Herman Miller. In 1957, Littell was awarded a Fulbright fellowship for a year’s study in Italy. In 1960, he moved to Copenhagen and later to Italy, where he worked for European manufacturers such as Unika Vaev and DePadova.

The solidity of steel is combined with the warmth of the leather. But especially the chequerboard pattern of the interwoven saddle leather gives it a less formal appearance – and a true Sixties‘ luxury feel.