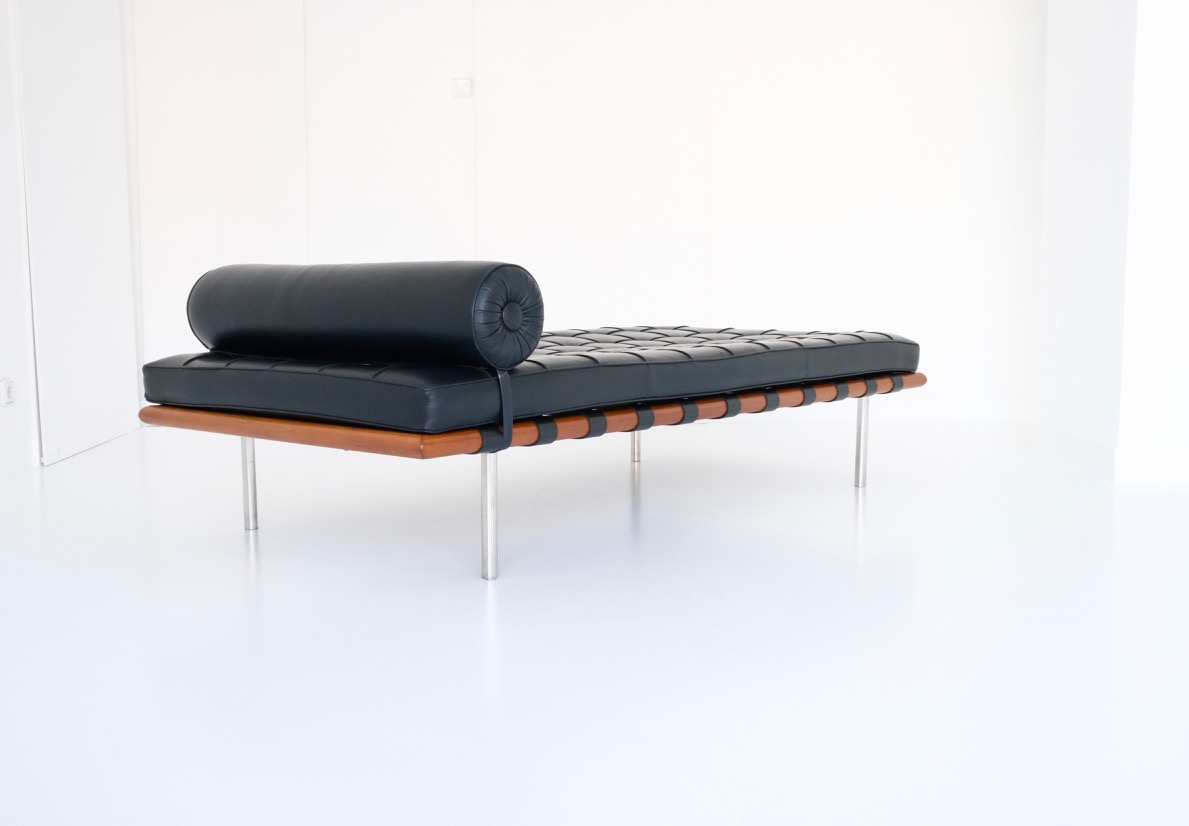 barcelona, capital of catalonia and second largest city in spain, is famous for the boulevard la rambla, the sagrada familia by antoni gaudi, the football club fc barcelona, for the duet ‚barcelona‘ by montserrat caballe and freddie mercury – and for a relatively small pavilion, which was originally designed in 1929 by ludwig mies van der rohe as the german contribution for the world exhibition. for this pavilion he also designed the furniture – including the now equally famous ‚barcelona chair‘.

ludwig mies van der rohe (1886-1969), now recognized as one of the most important architects of the 20th century, studied with peter behrens, worked alongside le corbusier and walter gropius, served as the director of bauhaus (dessau/berlin), developed skyscrapers and villas and designed objects and furniture. his designs were known for their emphasis on open spaces and function over ornamentation, and his favored materials were basic and utilitarian: steel, concrete, brick, and glass. he once told a graduating class of designers: “you have to build up the world you want to live in.” and so he did.

interestingly, the daybed did not appear in barcelona at all, but a year later in new york. young american architect philip johnson (also world-famous today), was on a european tour to discover modernism. he met a lot of influencial people and the avantgarde of modern architecture, like gropius and van der rohe. deeply impressed he asked van der rohe to design the interiors for his rented apartment on 52 street. van der rohe accepted and supplemented the ‚barcelona‘ chairs with a daybed of elegant and refined simplicity (perhaps with slight design hints to the then very popular „antique egyptian“ style). low cut, with tufted leather cushions, it just gets out of the way, but at the same time invites you magically to rest. it wasn’t until 1964 that manufacturer knoll started production of the daybed in the united states, and much later, in 1978, the daybed was also given the name „Barcelona“ and thus became a virtual part of mies van der rohe’s gesamtkunstwerk.

72 individual leather panels are cut, hand-welted and hand-tufted, and panels and buttons are crafted from a single hide.
KnollStudio logo and the signature of Mies van der Rohe stamped into the base.