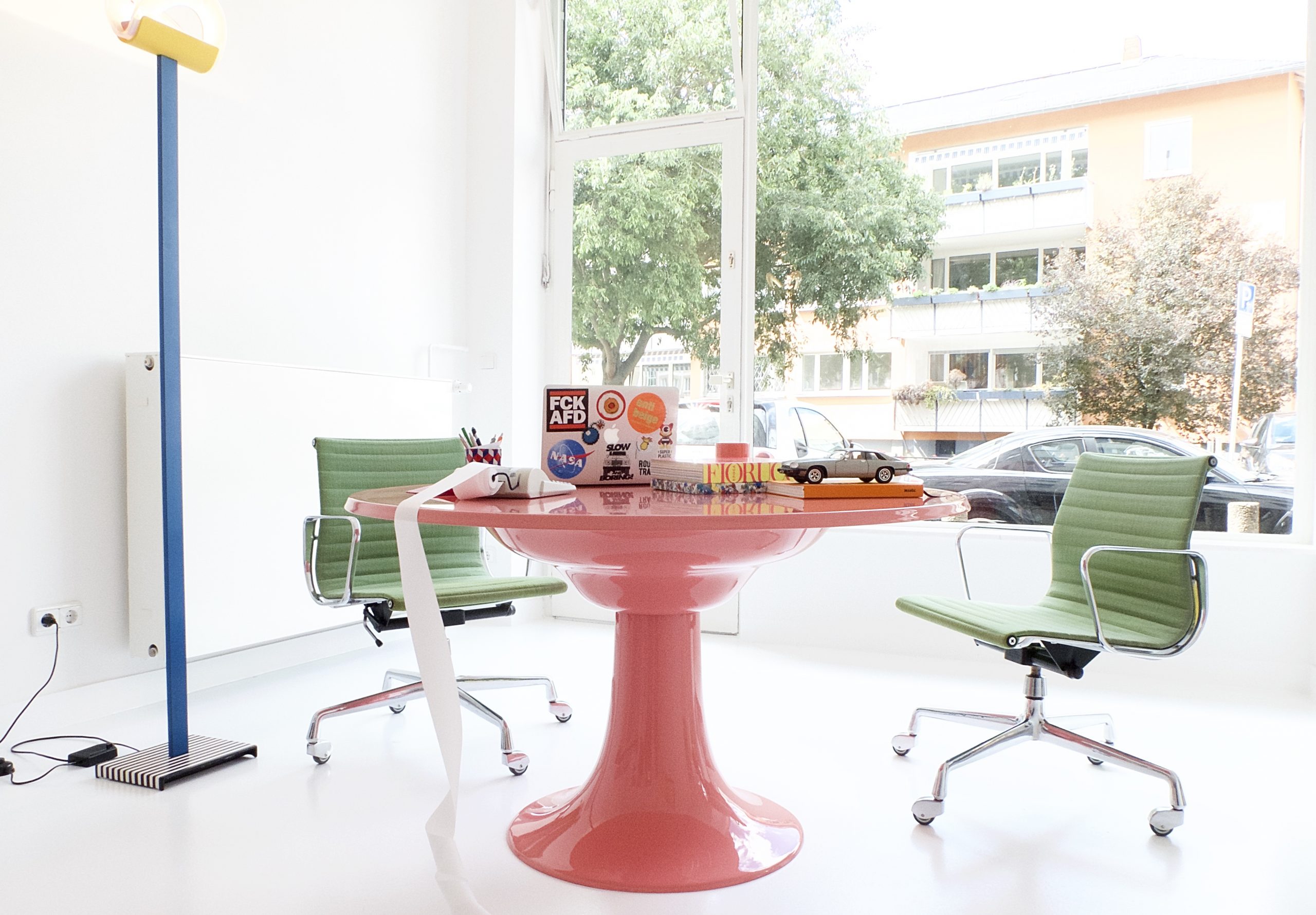 if we had to furnish a home office, we would combine the two moss-green EA 117 with the dusty pink painted column table by Otto Zapf.

the elegant chairs of the eames aluminum group have been popular design pieces since their introduction in 1958. no wonder – their graceful silhouettes can be used well in both living and working rooms.

because these chairs are so popular indoors, it is interesting that the inspiration for them has evolved due to the need for high-quality outdoor seating. eero saarinen asked charles and ray to produce the eames aluminum group collection as a special project for him and alexander girard’s irwin miller house in columbus, indiana.

during the development phase, the couple often called the chairs the „leisure group“ or the „indoor-outdoor group“. the latter reveals the design philosophy of the eameses. they strove to make their products as multifunctional as possible. the fact that a chair works both indoors and outdoors was part of the original concept.

charles and ray had used aluminium in earlier chair and table frames and also experimented with the punching of chair shells from aluminium sheets for the „low-cost furniture design“ competition, but the eames aluminum group marked their first use of the material for structural side members and represented a significant departure from the chair concept as a solid shell.

since their introduction in 1958, they have been continuously produced by herman miller, later also by vitra.

currently we have two EA 117 office chairs in our showroom. produced by Vitra in the late 1960s, with 4-star castor base, tilt mechanism and height adjustable. The chairs have been fully restored by our Vitra-certified restorer. In detail this means that the moss-green hoppsack fabric has been cleaned, the rocker checked and correctly adjusted, the chrome polished and new medium-hard castors fitted. the fabric shows clear signs of use but is not stained, the frame has chrome flakes.