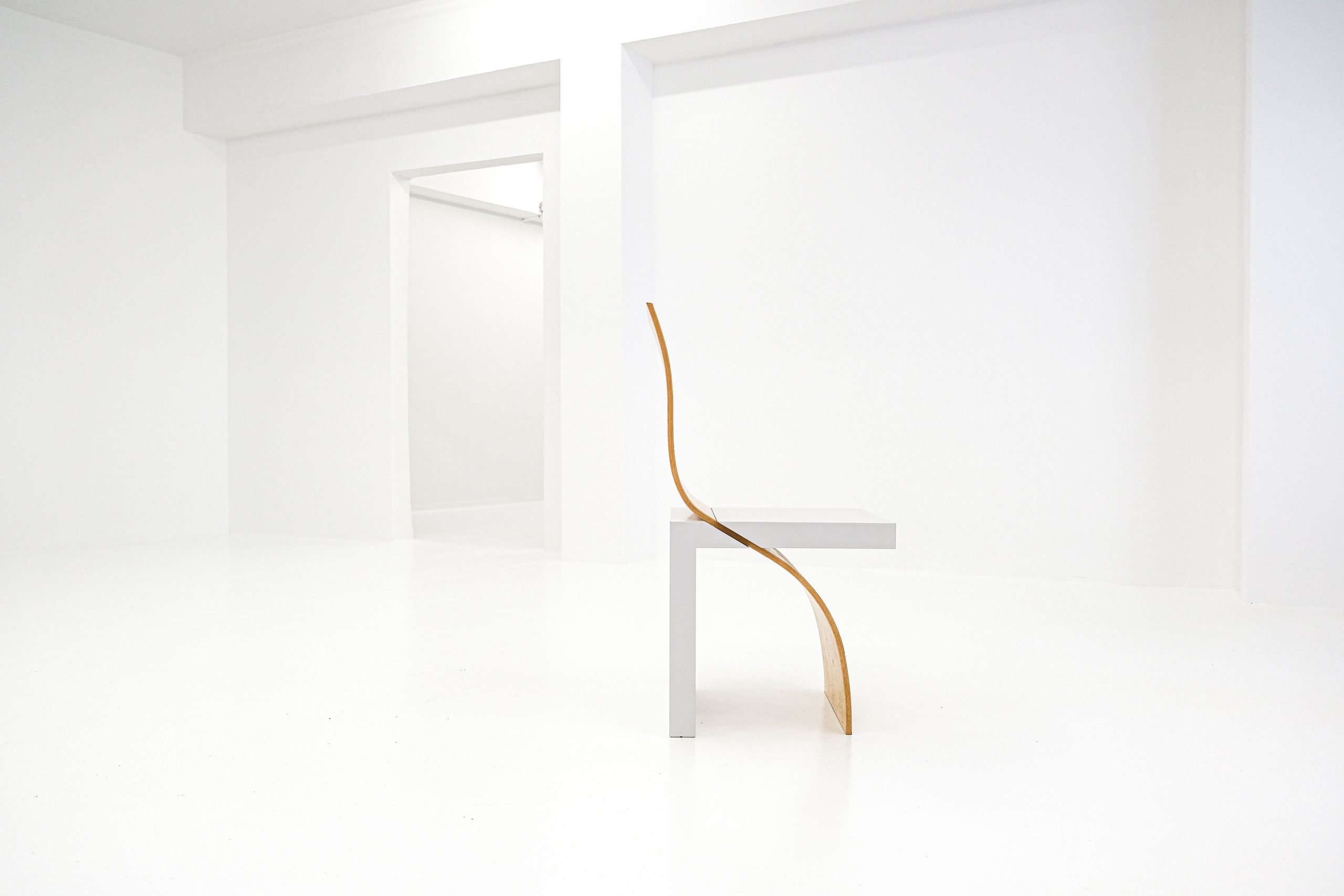 back to the eighties – an extremely productive decade in furniture design. in the united states, postmodernism migrated from architecture to interior design; in italy, „memphis“ shocked the friends of the straightforward „form follows function“ style; in france, philippe starck became a pop star; in switzerland, trix and robert haussmann worked on their individual “teaching pieces” – and the “new german design” surprised with unusually original – and often humorous – designs. a common denominator of these currents was the frequent return to craftsmanship, as opposed to industrial series production. collaboration with smaller workshops led to limited editions, often closer to art than to furniture.

a fine example for this approach is the object chair „leda“ by german interior architect angela oedekoven. particularly impressive here is the interpenetration of two simple shapes in different materials: a right angle forms the seat and rear foot, a wave forms the backrest and front foot. first presented in 1983, leda won 1st prize in the international furniture competition at ‘interieur ‘84’ in kortrijk, belgium. further models and prototypes toured exhibitions and design magazines worldwide, vitra acquired the prototype in aluminum and the model in gray-yellow lacquer for its collection in 1987. from 1990 on it was produced by joinery and experimental workshop “cremer & cremer”, as a limited numbered edition of 150 pieces (50 realized). design galleries presented and distributed leda and it featured again in many exhibitions and museum design collections.

the characteristic shape immediately revives the 80s, visually. this makes the chair an ideal object for design aficionados – or simply for an eclectic collection of chairs around your dining table.

‘leda chair’ by angela oedekoven, designed in 1983, produced from 1990 on in a miniseries (planned: 150; realized: 50) by cremer & cremer manufacture, germany. curved element (back rest and front feet) in birch veneer, seat and back feet in lacquered wood. wears signs of use.