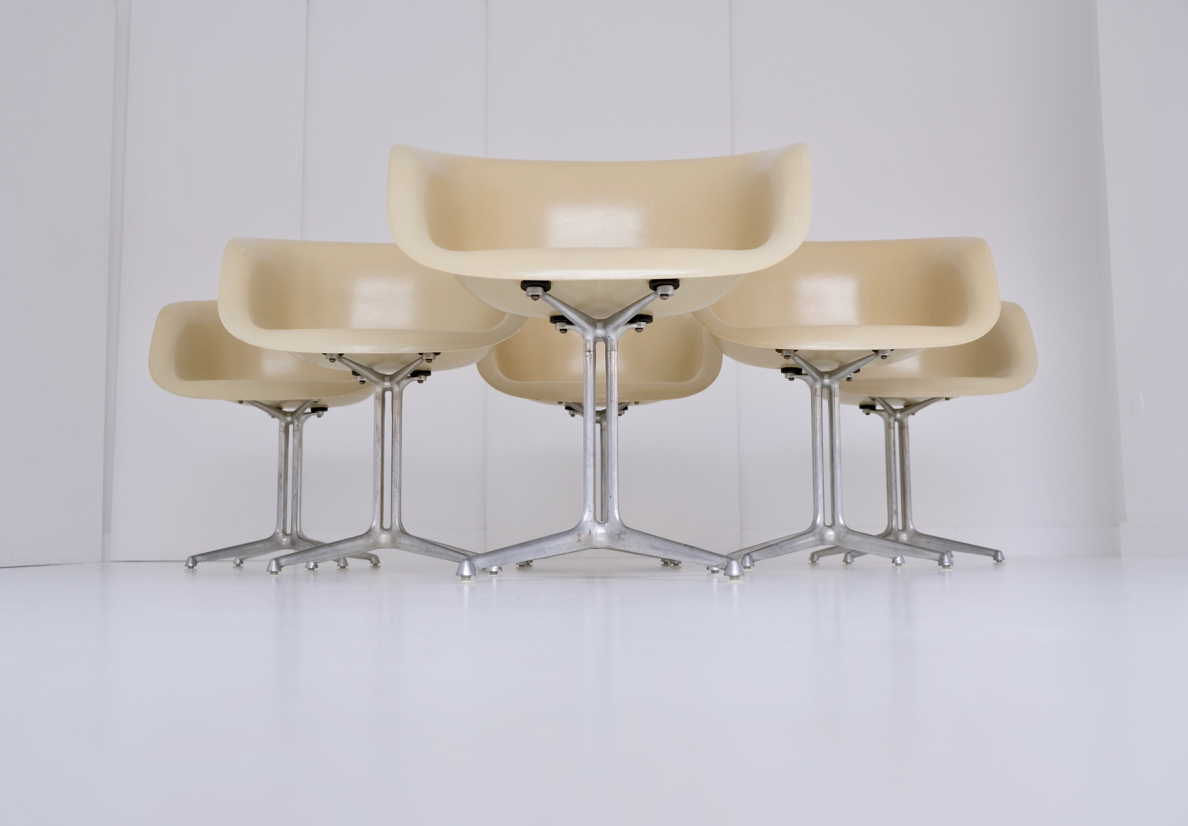 a most famous restaurant chair.

new york, 1960. a new restaurant opened its doors in the lobby of the time life building. it was named „la fonda del sol“ and described as „… a dream village full of sparkling suns and lovely puppets, where even the salt shakers smiled.“ (olga gueft, editor, ‚interiors‘ magazine) the restaurant was completely designed by alexander girard with a latin-american theme, supported in every detail from fabrics, tableware and enamelled wall hangings down to sugar sachets and even matchboxes. and with a true holistic vision he wanted tables and chairs not to clutter the interior with a forest of legs and high backrests. so he asked friends and collaborators ray and charles eames for help.

together they came up with a new idea: they merged the legs in the middle like a tuft of grass, only the feet cantilevered out. this frame is made from two symmetrical forms joined together, the vertical elements featured lightweight construction while still providing strength and stability to the solid cast. this principle is used for every piece of furniture from chairs to tables and sidetables. the seat shells are a modification of their already wellknown armchair shell made of fiberglass, but with a lowered backrest to stay in line with the tables edges. the seat shells were padded for the first time, which was so well received that it was later also offered for the conventional arm chairs.

the chair on the eames official site

about olga gueft and the interiors magazine