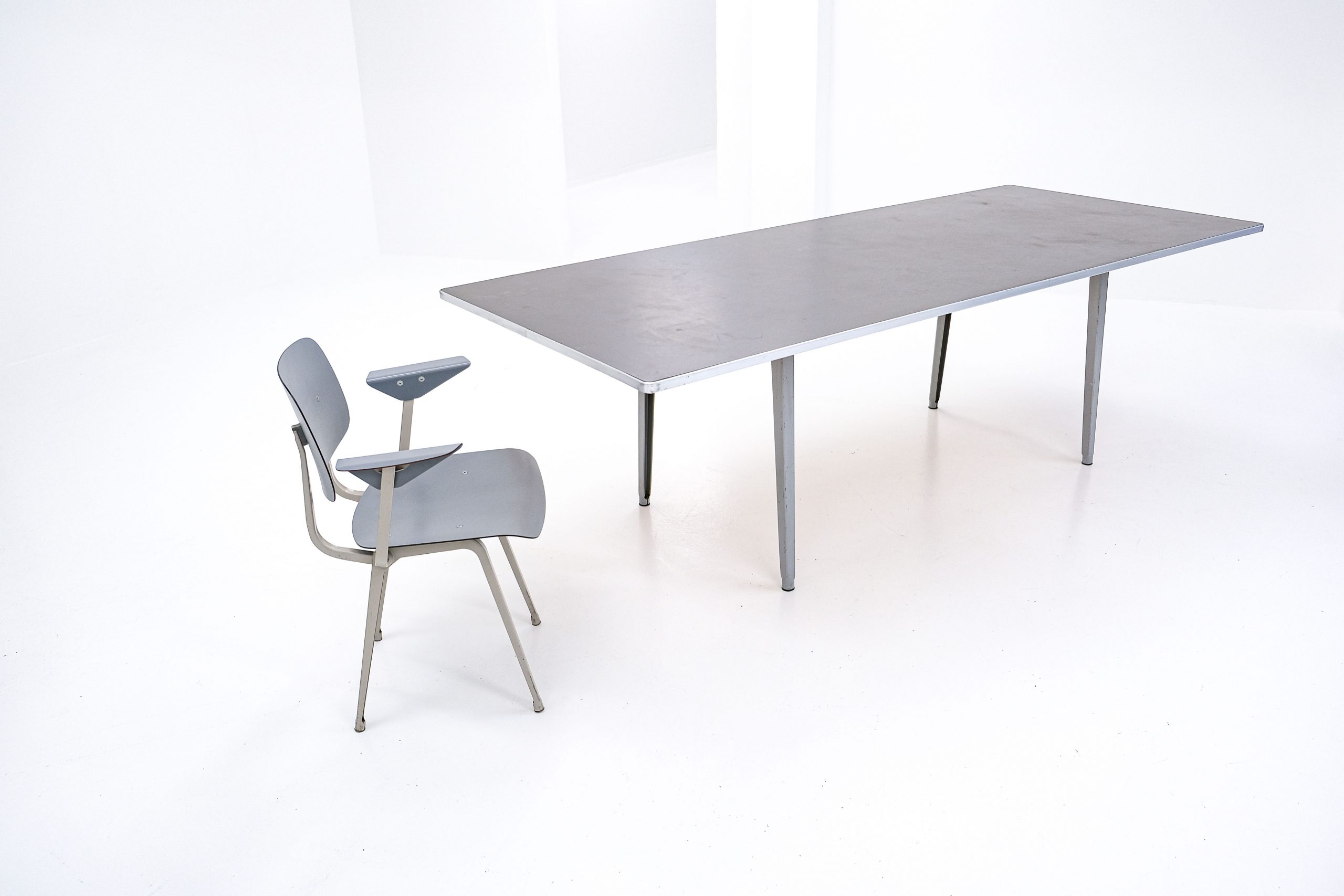 reform we need – be it in society or as an object. this recognisable dutch industrial table was developed by friso kramer in the mid-fifties as a series of tables in a variety of sizes and formats for versatile use (e.g. as working tables in eindhoven university).

kramer is one of the best-known dutch designers and became a role model for many in the dutch modernist movement. born in amsterdam in 1922 he studied interior architecture at the institute of applied art in amsterdam under director and architect mart stam. in 1948, kramer began designing for steel furniture manufacturer ahrend de cirkel, working together with wim rietveld and also developing the well-known ‚result‘, ‚revolt‘ and ‚pyramid‘ chairs. kramer’s works are presented in many design museums around the world.

as a functionalist, he placed great value on a well thought-through development process and the best possible technical solution. the ‚reform‘ table was awarded a ’signe d’or industriel‘ (benelux). treat yourself to a wonderful and iconist industrial dinner table – or use it as a „workhorse“, like it’s meant to be.

here we have the biggest version in production at that time: