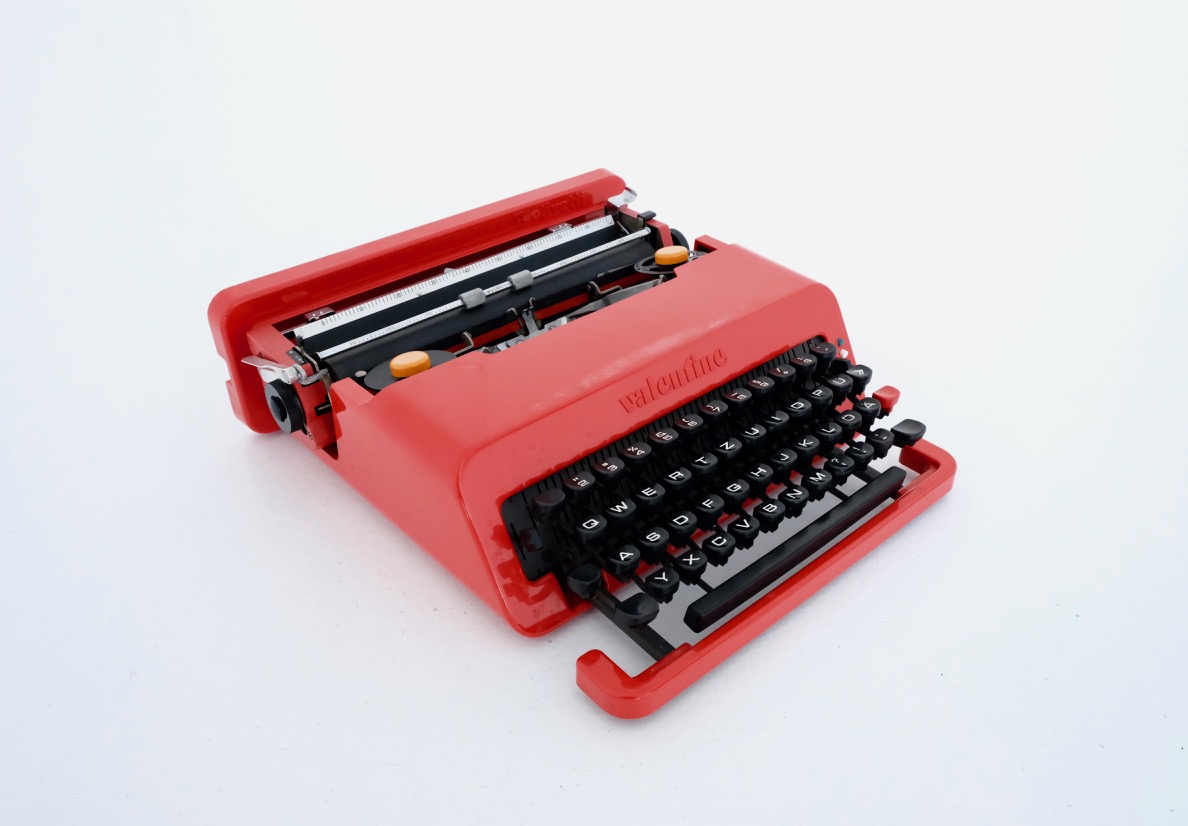 italian architect and designer ettore sottsass often had the feeling that his worldwide fame was actually based on a small, red plastic thing: the valentine typewriter by olivetti. of course, that’s a complete exaggeration – but it shows what a worldwide phenomenon this little machine was in the late sixties, maybe partly due to an iconic advertising campaign sottsass also developed. it never really reached the mass market, but it was the „weapon of choice“ for many intellectuals, writers and musicians (david bowie famously wrote a lot of his songs on a valentine (his machine was auctioned at sotheby’s in november 2016 for £45,000). famous braun designer dieter rams also owns a valentine – as most design museums all over the world.

as head of design at olivetti, sottsass often tried to introduce brightful colours to break up monotone working spaces, here with the bright red of the valentine’s abs thermoplastic case and machine (also available in white, green and blue). together with perry a. king he came up with a milestone of industrial design (but, as always, you only know that afterwards). the box was made to be carried upright by the folding handle like a briefcase. after opening two locking clips on the carrying handle, the machine can be pulled upwards out of the box. with or without the case, a valentine pops out in every interior, decorates your desk and reminds you of very progressive times (designwise and else).

materials: abs plastic and other materials

The Metropolitan Museum of Art: https://www.metmuseum.org/art/collection/search/739409

Materials: ABS plastic and other materials