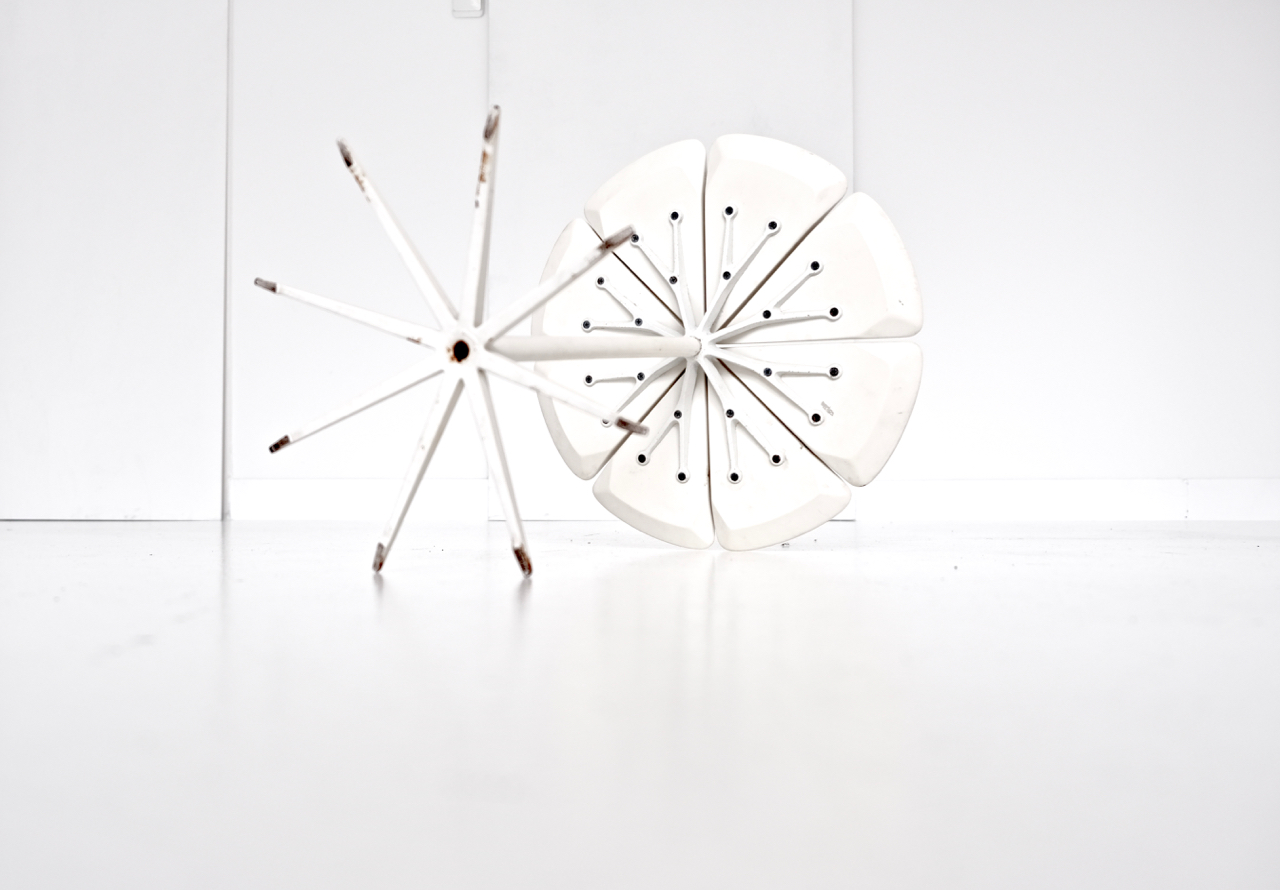 one of our absolute favourite designs is the „petal table“, better known as richard schultz’s leaf table.

schultz joined knoll in 1951 as an assistant to harry bertoia. in 1960 he developed this table in keeping with bertoias „wire collection“, inspired by the stability and flexibility of a plant, „queen anne’s lace“, also known to us simply as the „wild carrot“. he took their stem construction as a model for the construction of his „petal table“: a multi-arm root, a strong stem (made of die-cast aluminium) and eight arms extending from it, each carrying a single petal, which together form the tabletop. this construction allowed the wood to respond to temperature changes and humidity with expansion and shrinkage, thus avoiding cracks, as this table series was designed for outdoor use.

many see the petal collection as simply elegant and practical. for some, however, these pieces are also interesting because they are early examples of „bionic“ or „biomorphic“ design, as developed by carlo mollino, for example, or today by konstantin grcic (e.g. the chair one). of course, the petal series can also be found in the museum of modern art.

richard schultz later set up his own business and continued to develop outdoor furniture – but his office was taken over by knoll again in 2012, who now offer re-editions of the classics.

schultz explains his inspiration in a beautiful, concise video for knolldesign:
https://goo.gl/lcreop.

and if you’re really interested in richard schultz (and have an hour to spare), here’s the video of his lecture „form follows technique“ (princeton, december 2013):
https://goo.gl/weou5k

at antibeige. in the showroom we present an early version of the side table – with a distinct and beautiful patina.