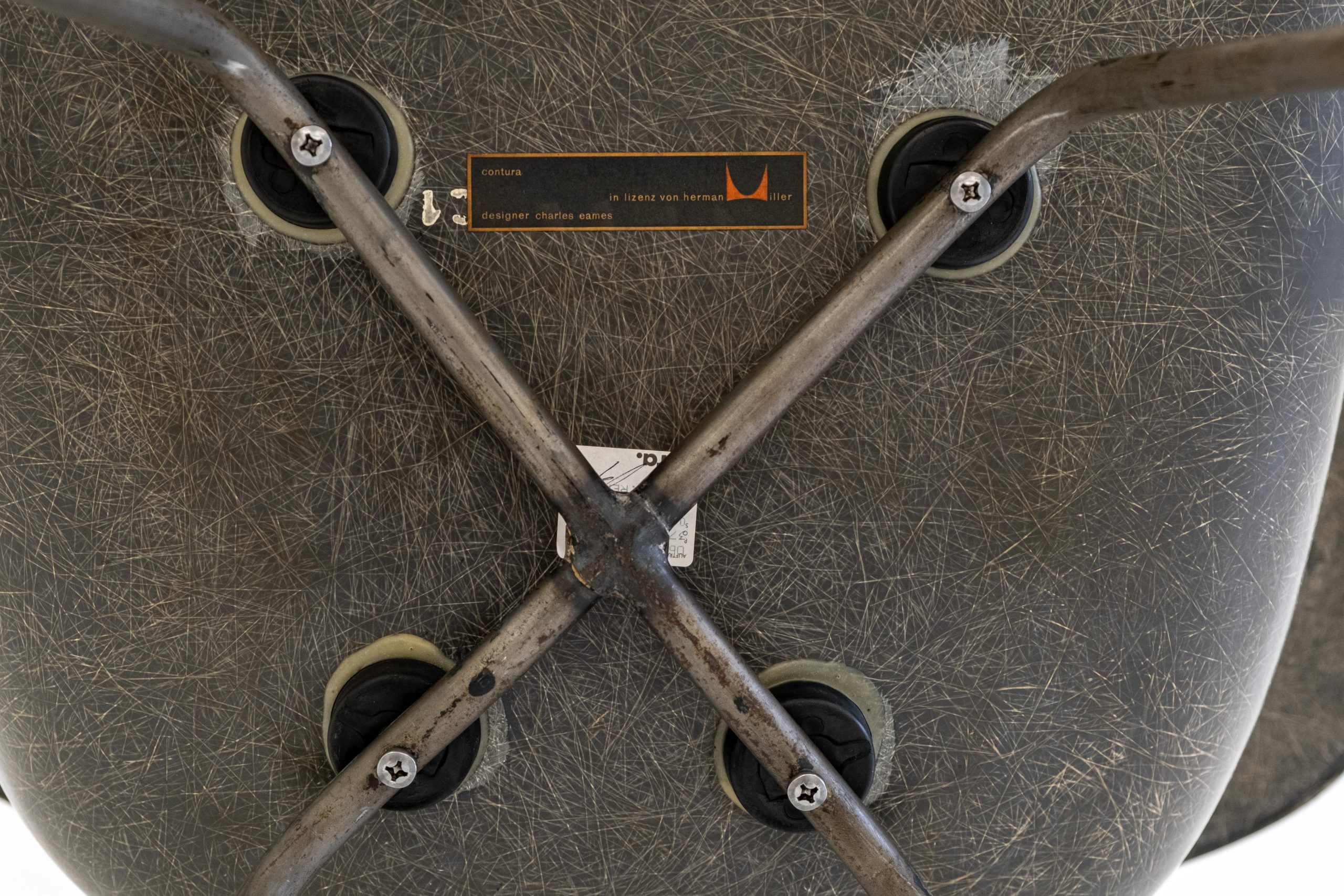 we do love chairs that tell a story. and the story of this armchair seems to be a colourful one: it’s an eames fibreglass shell, now married to an x-base (dax) with some special features. interestingly this is a test shell produced in black by ‚contura‘, but this style never went into series production. the shape is the old, first american press mould with flat armrests. it was then decided to use a ‚vitra‘ mould instead, with rounded armrests (which vitra also produced until recently). the bowl dates from the early 1960s, when contura was a supplier to vitra, later acquired by them. it is in mint condition, due to the fact that the bowl was equipped with a removable leather cover.

the shell was restored by Vitra in 1997 (documented by an official sticker). the shockmounts were renewed there and replaced with the higher version (normally used for the LCWs). It is not known why, possibly to increase the seat height or simply because there were no others available. the frame is a full metal x-base, selected and sourced by us.