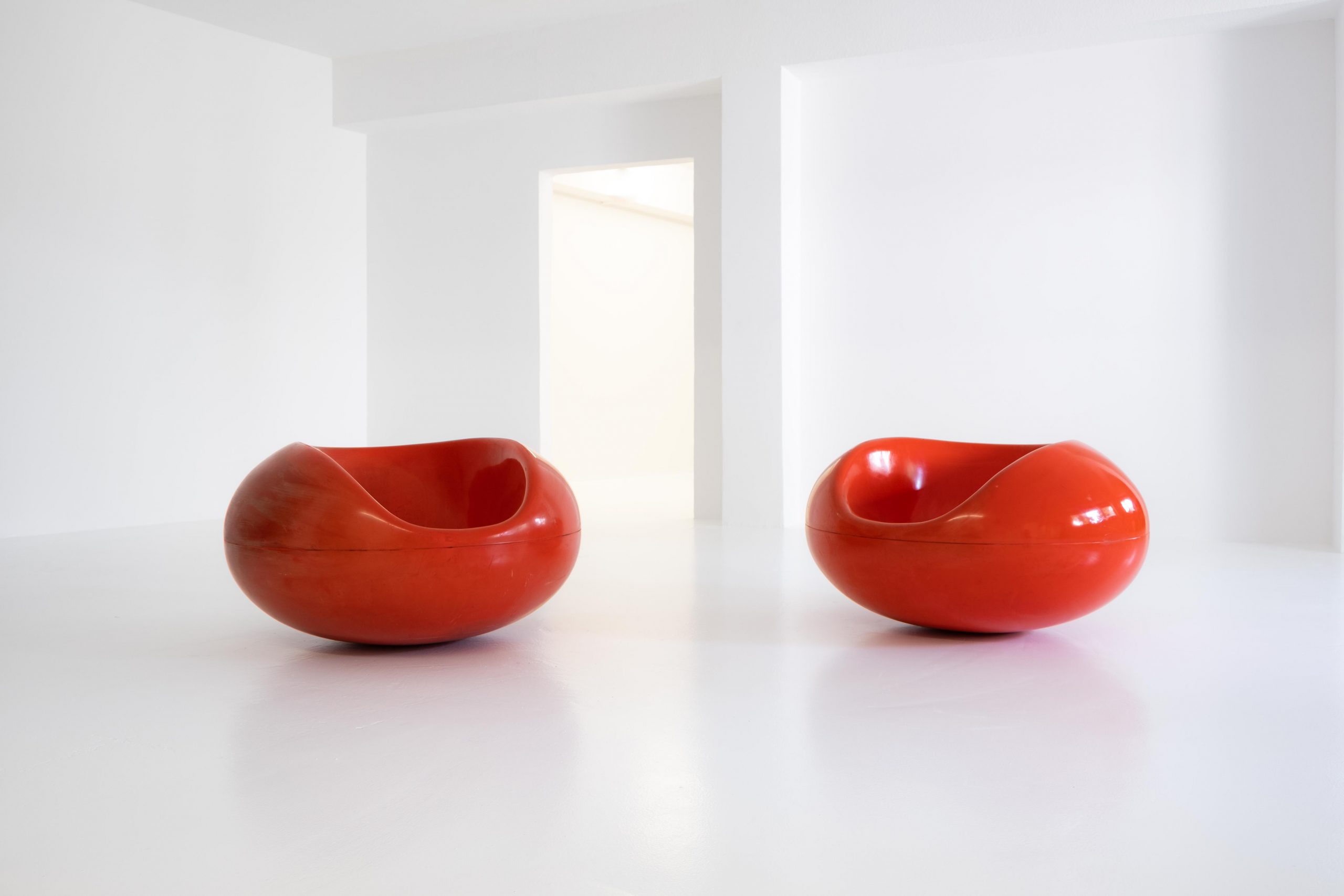 they call it the „swinging sixties“ – but everything was „pop“ then. from music to graphic design, from fashion to furniture. and the finnish designer eero aarnio presented two icons of the 60s lifestyle one after the other: the ‚ball chair‘ 1966 and the ‚pastil‘ 1967. taking inspiration from boatbuilding, arnio started to experiment with moulded fibreglass. and while the ball form itself is straightforward and clear, it was highly unconventional to use it to sit in it, literally (here’s a wonderful read about the design process…). the ‚pastil‘ also was a strike of genius, as it’s not only “the most comfortable form to hold up the human body” (new york times), but also fits exactly in the opening of the ‚ball‘ chair, so it could be transported as a double pack. the material was completely suitable for both indoor and outdoor use and the the closed, air-entwined shape meant that the chair even floats on water (pool-fun, anyone?).

aarnio became one of the great innovators of modern furniture design. his designs can be seen in nearly every design museum worldwide – and in hundreds of movies, be it a sixties comedy or a science fiction feature. the pastil is a defining piece of pop culture and (as it has a rounded bottom) it swivels and rocks as you like. here we have some early versions, produced by finnish company asko oy.

two early ‚pastil‘ chairs designed by eero aarnio in 1967. molded fiberglass (reinforced polyester) currently in original condition with strong patina and scuffs to the bottom, but could also be custom lacquered.