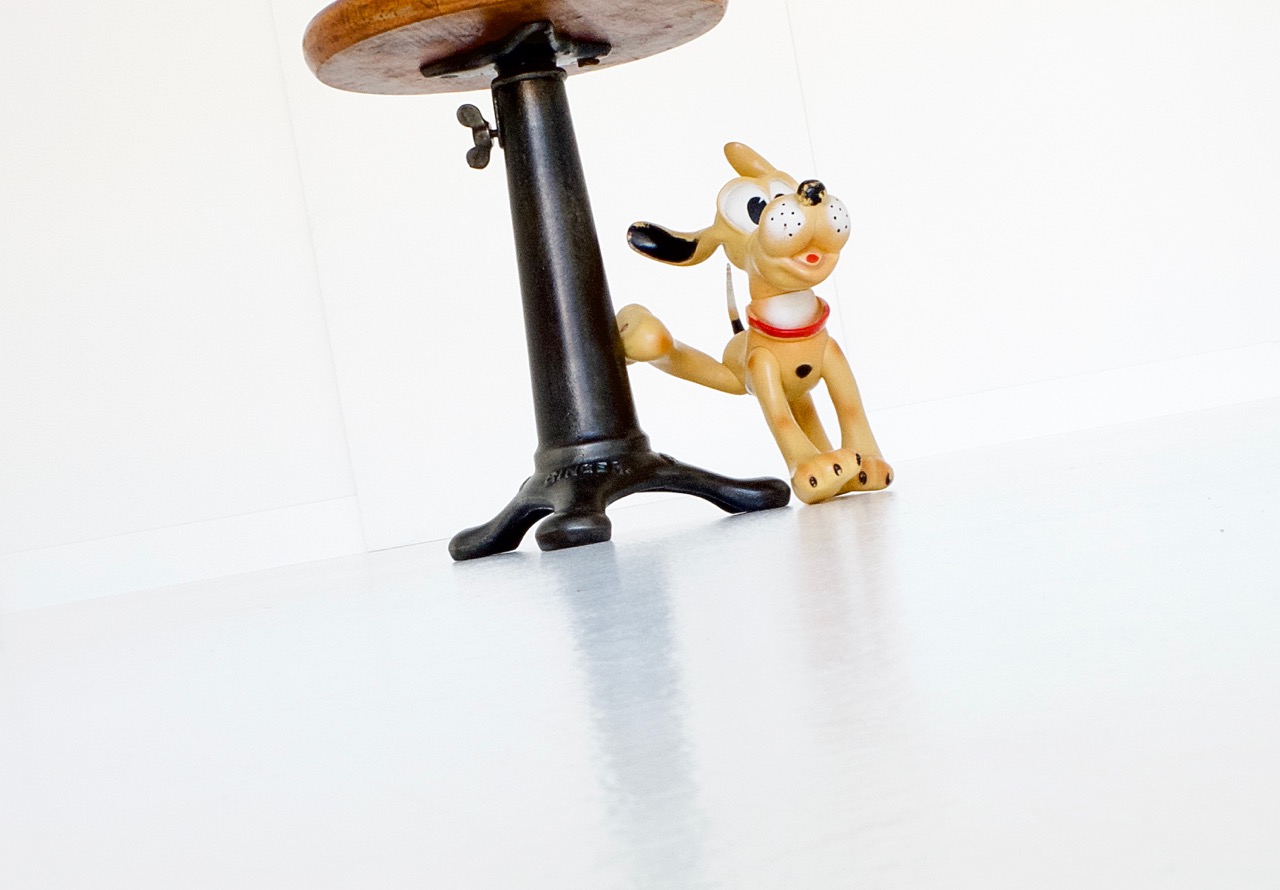 The Singer stools are becoming increasingly rare. We have nevertheless found two specimens in excellent condition. They differ especially in the shape of the feet and in the thickness of the seat plate. The so called „frog feet“ indicate a somewhat older piece, they are perforated for screwing down the stool to the bottom of the workstation. The „star foot“ is straighter and not perforated. In both cases the brand name „Singer“ has been cast in several times. Both are height adjustable.