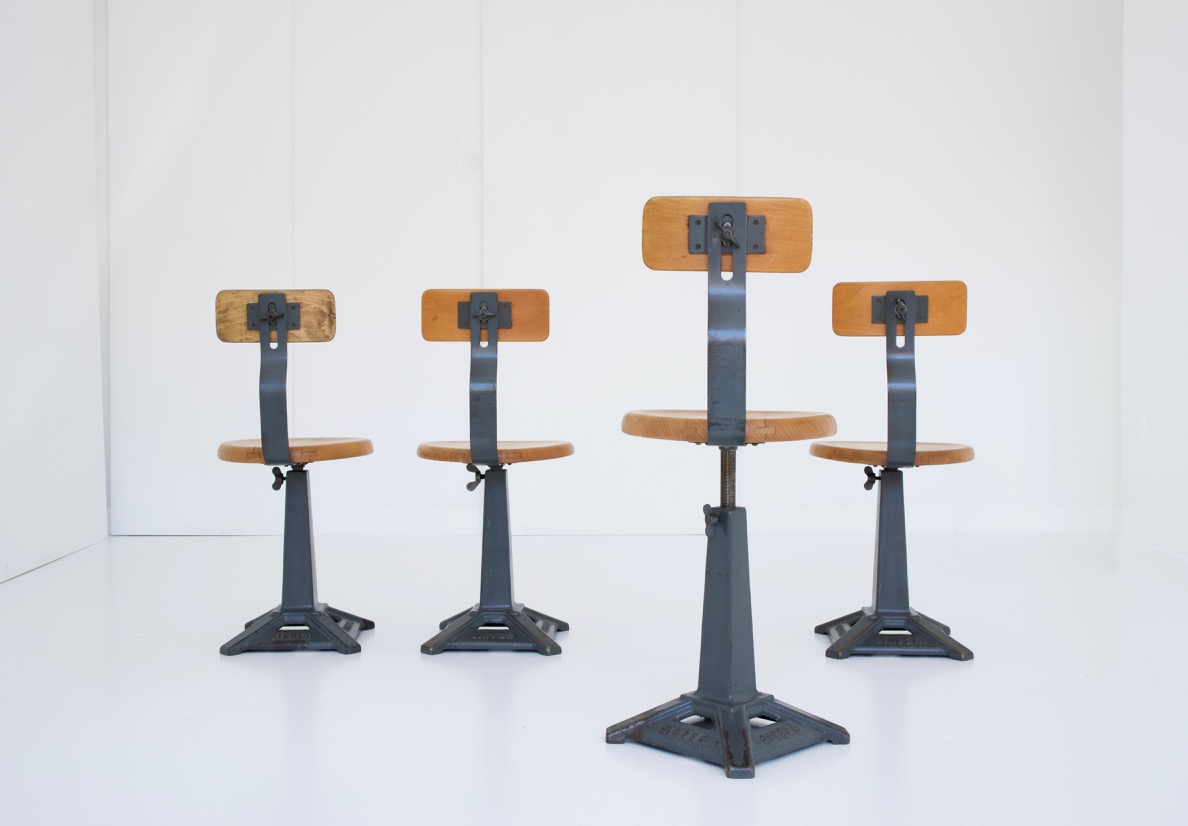 the singer stools are becoming increasingly rare. we have nevertheless found a set of chairs in excellent condition. the chairs are adjustable in height by turning. The backrest can be easily dismantled if you prefer stools.