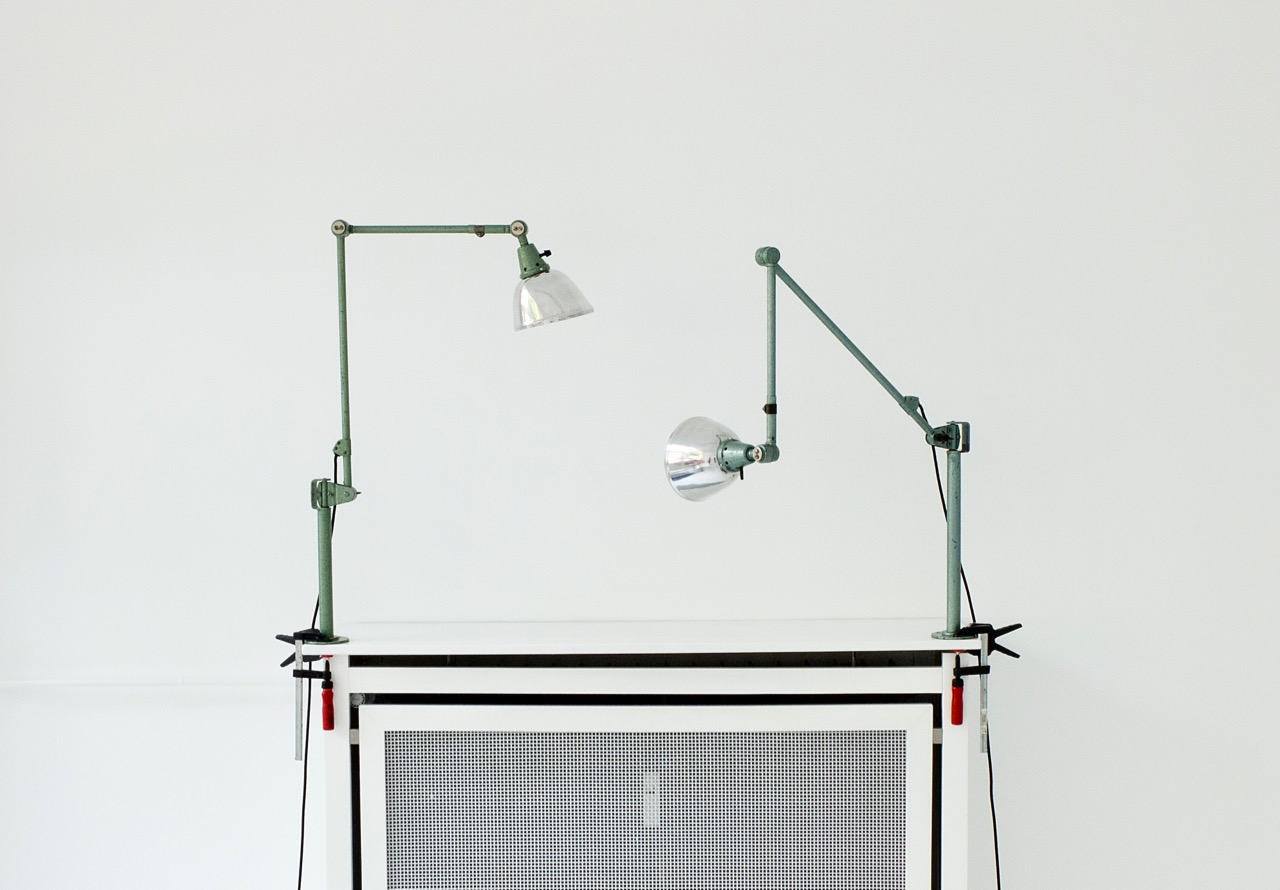 the history of ’steered lighting‘ begins in 1919 in the tool and machine factory „auma ronneberger & fischer“, germany. one of the two founders, engineer curt fischer, was dissatisfied with the working conditions in his own factory: it was too dark, both in the offices and at the workplaces of the mechanical engineers. electric light was still a very young technology at the beginning of the 20th century: in berlin in 1910 only 3.5 percent of all households were connected to the mains, and famous lightbulb company ‚osram‘ had just been founded the same year as fischer’s factory.

at the beginning there was electricity – and therefore light. the problem: a light illuminates the room – but a worker at a machine casts a shadow on his own working area. this is exactly what curt fischer wanted to change. he started to study workplace lighting and in the following year he had movable wall arms manufactured in his own factory as supports for the lighting. his idea of „steerable light“ led to his factory specialising in the manufacture of this type of lighting – under the brand name „midgard“ (the middle of the world in nordic mythology).

the functional design of the multiple adjustable lighting „tools“ now made it possible to „set“ the light exactly where it was needed. the paraboloid luminaire head, painted white on the inside or equipped with a silver reflector, ensures that the light beams are emitted parallel to the front, resulting in less dazzling stray light. this functionality was certainly one of the reasons why the midgard hinged lamps were used a few years later in the metal workshop of the weimar bauhaus – and walter gropius then used them in his own master house in dessau.

we have two impressive desk lights for fixed (screw-down) table-top-mounting. the arm consists of a fixed post and three movable joints for positioning the lamps head.