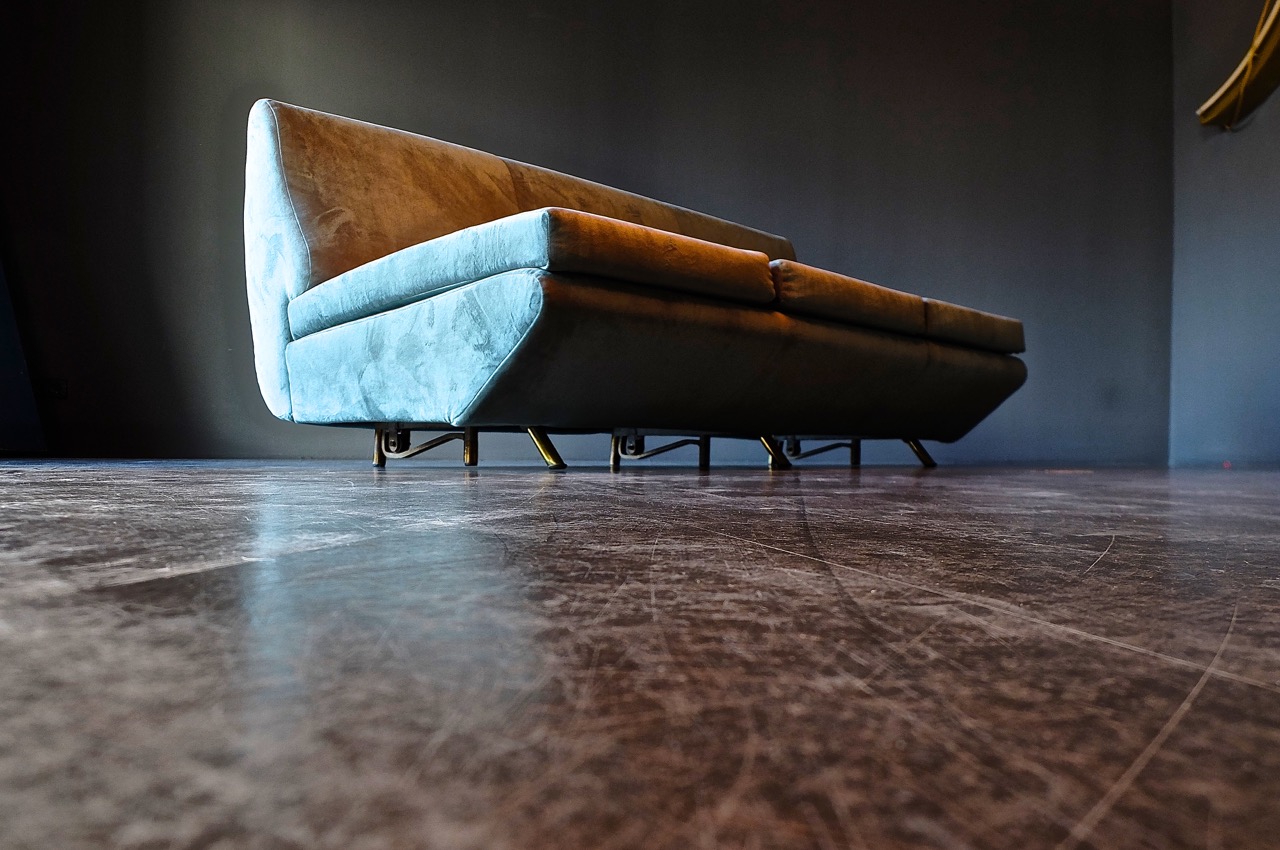 The Italian Marco Zanuso (1916-2001), born in Milan, was an architect, opened his own design office in 1945, wrote for DOMUS and CASABELLA, became professor of architecture, design and urban planning at the Politecnico di Milano (where he also studied) and was a founding member of the ADI (Associazione per il Disegno Industriale; Association for Industrial Design / ADI), which also awards the famous „Compasso d’Oro“. He has promoted the modern design movement in Italy and influenced entire generations of designers in Italy.

Zanuso was curious and eager to experiment, especially when it came to new technologies and materials. He built factories for Olivetti and IBM, designed electronic devices, knife sharpeners, fans, fountain pens – and of course furniture. Many of his designs became icons of modern design. Whoever thinks of upholstered furniture from the 1950s, for example, often has in mind the prototypical „Lady Chair“ from 1951, which impressed with its innovative upholstery made of foam rubber and nastrocord. Together with Richard Sapper, Zanuso designed the TS-502 folding radio in the early 1960s, the Algol11 television for Brionvega and the plastic children’s chair model K4999 for Kartell (all links: Museum of Modern Art website).

His „Infinity sofa“ Lombrico for B&B Italia, made of fiberglass and polyurethane, also became famous. And of course our current favourite object: the Sleep-o-Matic, developed in 1951 for Ar-flex – a subsidiary of Pirelli, which started to produce flexible furniture at that time (here the beautiful history page of the company, which is still successful).

The sofa, which was awarded a gold medal at the Triennale X, is transformed into a practical and elegant daybed by simply pushing the seat forward.

We had it newly upholstered and covered, a velvet-like fabric in reed green. Three brass feet in front, three support legs in the back.