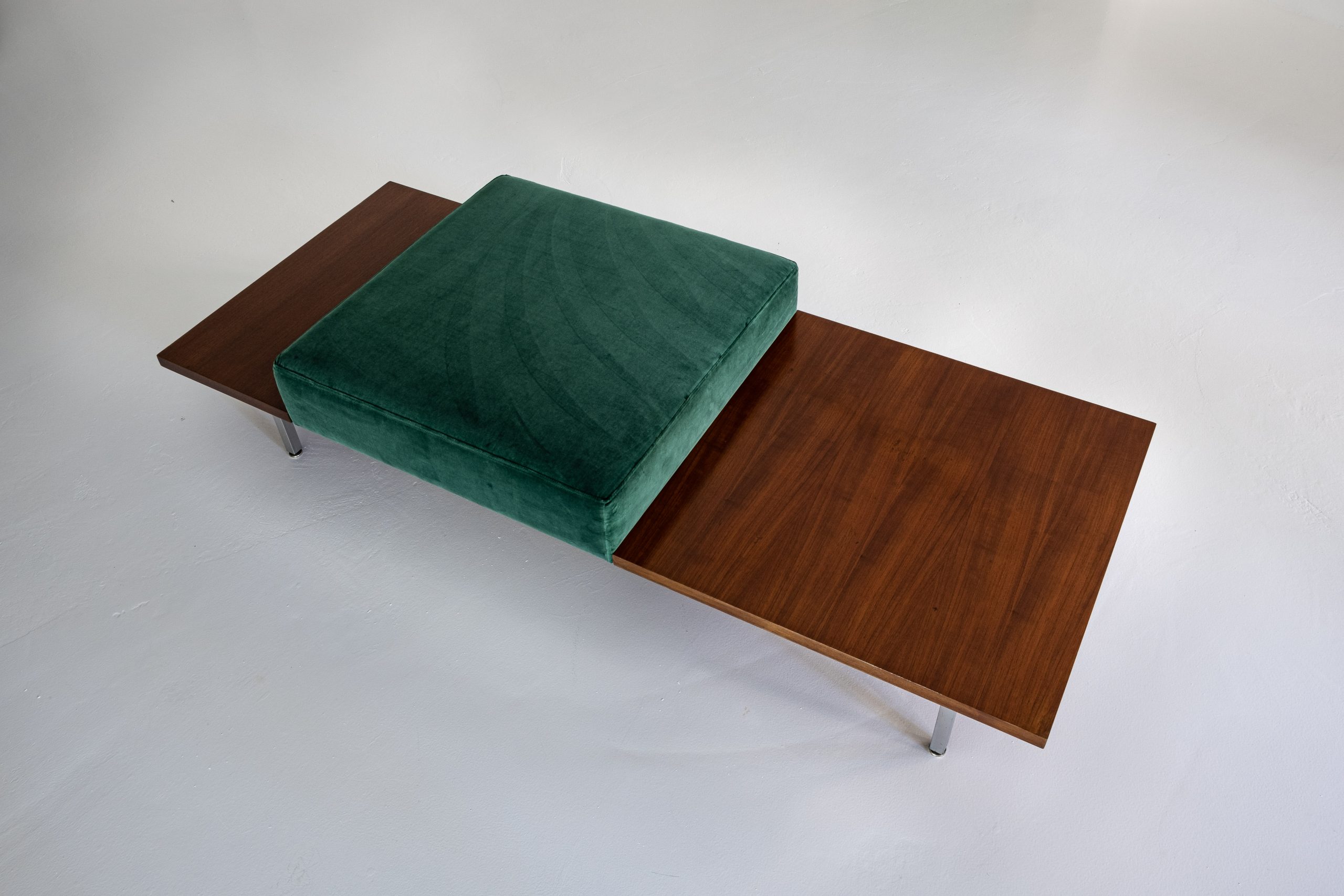 the word „midcentury“ often goes along with „modern“ – because that’s what happened in the fifties and sixties: a modernisation of society overall and of the workplace especially. the concept of the office changed rapidly, furniture had to be rational, practical and durable. at the same time design became increasingly important as a component of corporate identity – and as a sign of modernity and progressiveness of the company.

“design is a response to social change“ george nelson said, then director of design with office furniture manufacturer herman miller. in 1955 he developed the „modular seating system“, including sofas, benches, sideboards and tables, interchangeable, based on steel frames. often used for receptions and waiting areas, but also in larger individual offices (think the chic managerial offices of the ‚mad men‘ tv-show).

our current piece is a bench consisting of a soft (newly) upholstered seating module, re-covered in luxurious, but durable, green cotton velvet from kvadrat/raf simons (100,000 martindale rubs, en iso 12947, more on the kvadrat website). left and right to the seating pad are two american walnut tables, which have been carefully restored.